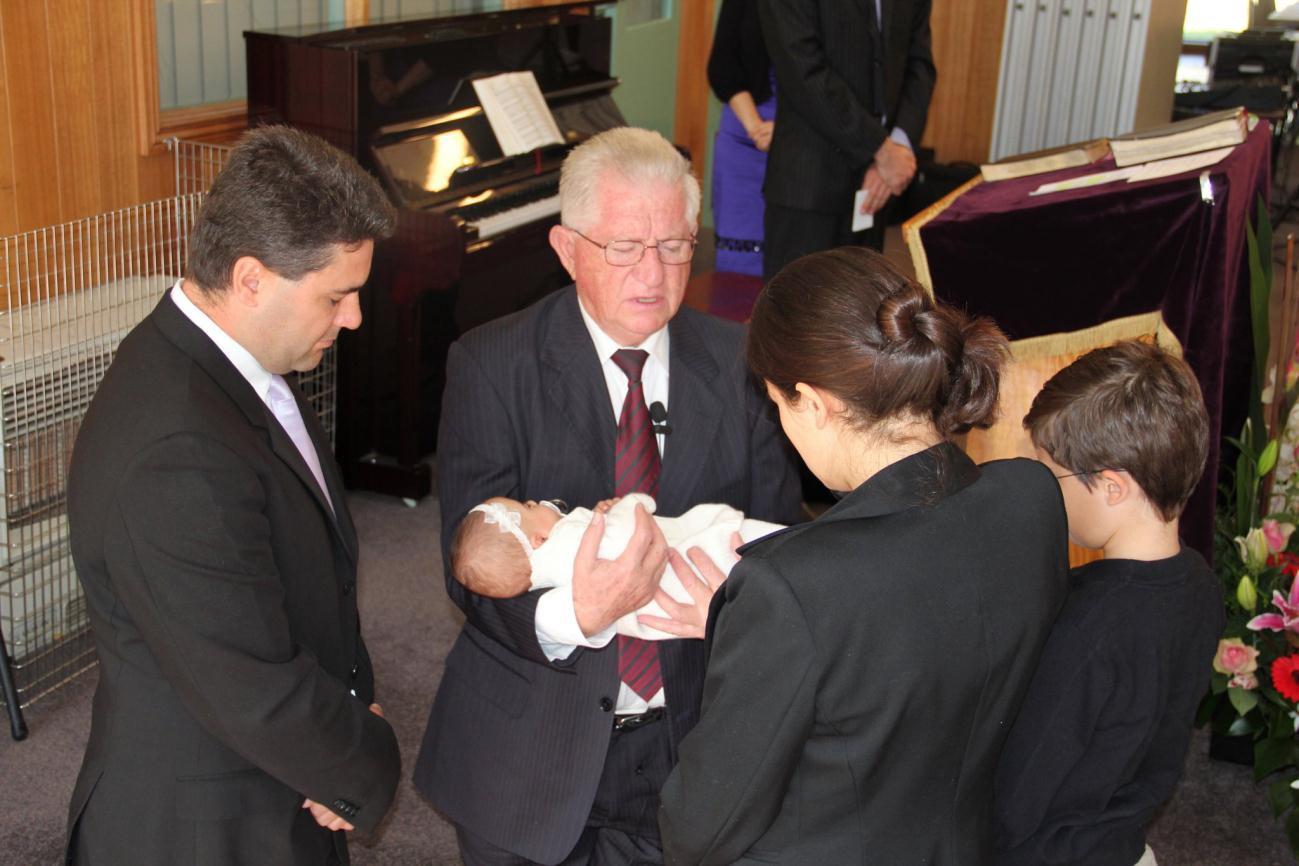 On May 21, 2011 the brethren of Maranatha Church, Victoria witnessed the dedication of a precious baby. Jemima Ella Szabo was born to Br Joe and Sr Brigita Szabo on 6 November 2010, 100 days premature and weighing just under 500 grams.

The next five or so months were very hard for the family as little Jemima had to live at the hospital until she was strong enough to live without support. This meant daily trips to and from the city for her family.

Many prayers were said for Jemima and her family and God answered them wonderfully. Jemima grew and the scales showed progress every week until finally on 1 April 2011, she was able to go home. She has continued to grow and improve and recently made an appearance at church, much to the delight of the congregation.

Br Joe and Sr Brigita feel overwhelmed by the prayers and good wishes of the church as a whole and are especially grateful to God for sustaining them through the tough time and giving them such a wonderful little daughter.

And so, on 21 May, Jemima was dedicated to the Lord by Br B Jaksic. “Br Jaksic was visiting Melbourne when Jemima was born,” Sr Brigita said. This made it extra special for him to be visiting again and to have him perform the dedication.

May the Lord bless Jemima, her parents and her brother Joshua with abundant life!