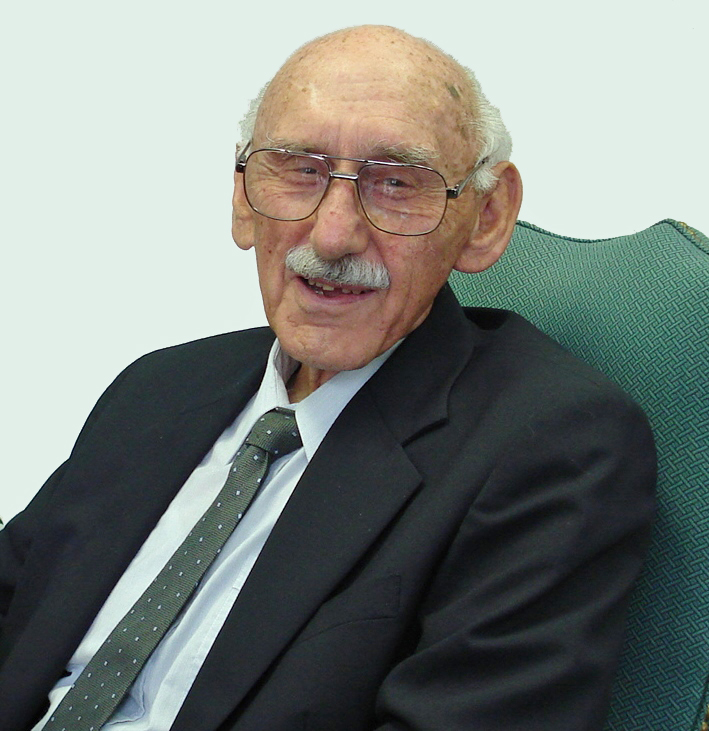 Neville Stuart Brittain was born on the 26th of May 1928. His parents lived in one of the shops, just below the railway line in Glenhuntly Road, Elsternwick, Victoria. There was some doubt about his birth date as the birth certificate showed the 28th May. When a copy was shown to his Mum, she looked at it and shook her head. After a moment she said, “Yes it says 28th, but it was definitely 26th and I ought to know because I was there.” His parents had a shop there and later moved up to 282 Glenhuntly Road. His father worked for Sanitarium Health Foods and had one side of the shop selling health foods, while his Mother had the other side in which she sold bread, cakes and lollies.

He began school at six years of age at Caulfield South Primary School in Glenhuntly Road. In accordance with the custom of the times, he was made to change from left hand to right hand for writing. He was in a percussion band in about second class and clearly his love for music grew from there.

At six years old Neville was left fatherless when his father had a heart attack at the age of 64.

He didn’t get to go to grammar school so continued in primary until grade eight. In grade seven he had an introduction to carpentry and during this time also became a bit of a bookworm.

His mother was unwell for a while and Neville would attend church with his sister. It was during this time that they decided to stop attending the SDA church and soon after became introduced to the Reform Movement.

Neville’s family had been given an old radio from some family friends and one special night his mum went to the Melbourne Town Hall to hear Handel’s Messiah. It was broadcast over the ABC. As he had inherited something of his father’s love of good music, he thought it extremely special when he was given permission to stay up to listen to the first half of the concert.

At the beginning of 1945 Neville left home to go to Hebron Missionary Training College. He was 16 years old. The Hebron school was on a large property of approximately 120 acres of which about eighty acres was old citrus orchards. The first year was taken up with studies and outdoor work on the property. It was here that he met and made friends with Harry Weymark who would become a good friend. They were blessed to cross paths many times during their lives.

For his first holiday he hitchhiked home to see his mother. During this holiday, he managed to visit the Southwell Family in Greig’s Flat. This was the first time he met Elizabeth Southwell. She was only 12 years old then, and he certainly had no interest in her.

He was baptised in July 1945, in the middle of winter. The river water was very cold, but he survived.

In 1949 he joined the Elim Health Centre clinic at Summerhill which meant leaving Hebron to live in Sydney. He did further training in Medical Missionary work, which included learning massage. He looked after the men’s massages, working mostly in the evenings, and did washing for the clinic during the day. Coincidentally, Elizabeth Southwell, by now a young lady, also worked at the clinic. After work, she and Neville began their walk home together as they lived in the same direction. Some times when they were waiting downstairs in the hydrotherapy section for the next patient, he would read dietetic notes to her while she knitted. They got on very well, and one day he asked her father if he could take her out to the city. Obviously he said, “Yes”, and so it slowly came to be recognised that they were ‘going together’. Neville then moved to Western Australia to assist with church work. He corresponded weekly with ‘Bet’.

About a year later in 1953, He returned to Sydney for another Union Conference Session and of course there were greetings all round when he arrived. As Neville says in his story, “Kisses and cuddles were the order of the day” when he got to see Bet that day. From then they made short work, getting engaged and then married three weeks later on April 12th 1953. Neville

returned to WA with Bet to work for the church. His new in-laws, “Mum and Dad” and their sons, Gordon and Clyde, went with them on the long Nullarbor trip in an old Hudson car with a trailer.

Though engaged in church work, he continued being involved with the natural health work. While in WA, Keith was born on 13th April 1955, the day after their 2nd wedding anniversary. He returned to Sydney NSW again for next conference session, after which he was placed in charge of Elim Health Centre—having a big responsibility for both clients and staff. Neville applied for and became a member with the “Australian Naturopathic Physicians Association”. While living in Sydney they had three more children—Barry in January 1957, Roy in April 1959 and Julie in June 1961. Due to lack of work and low finances he did some truck driving and also worked in a sawmill for a short time to help support the family. He had an accident on one trip while driving a truck across Mooney Mooney Bridge. The steering wheel of the truck came off in his hands due to a nut not being in place, resulting in the truck veering down the embankment, his face hitting the dash, and an arm going through the windscreen as the truck hit a tree. He grew a moustache following this as he couldn’t shave due to the stitches he had to have, and to this day he has never shaved it off.

His love for natural health continued and he took a job at Hopewood Health Centre at Wallacia as the second practitioner. Shortly after the family moved to the home in Wallacia, a house that has been lived in by each member of the Brittain family at some time or another. Nev’s mother also lived with them at Wallacia, and it was here that Geoffrey was born in July of 1966. After about fourteen years at Hopewood working in Naturopathy, Neville answered the call to return to church work, and again WA was the place he was to go. The family left for Perth in July of 1975. Just as before, while working for the church he also continued with his interest in health. His love for music, and organs in particular, had brought him far enough to help teach a little. Neville helped with building a house in Stoneville and here is where their youngest child, Cathy was born in May of 1977.

He worked in WA until the family was called to go to South Africa; although from the initial idea it took another two years to eventuate, he finally went with Bet and three of their children. Prior to leaving, Nev was ordained by Br Sas as a Minister. He had only been ordained as an Elder until then.

In South Africa he began by working with Mission Health Foods, an enterprise which was to supply funding for further mission work there. He and Bet attended night school in an attempt to learn Afrikaans as it was spoken along with English. However, they struggled to get the hang of it. While Neville worked for the church in Africa he managed to travel within the continent to countries like Zambia and Kenya just to name a couple. He saw many areas of a beautiful continent that forever after would have a special place in his heart. From South Africa he travelled further afield for the church to General Conference Sessions. The first of many General Conference Sessions he attended was held in Canada. While there he learned how to work a printer and did some printing of the church Sabbath School lessons. At the next General Conference Session, held in 1987, Neville was again asked to move, this time back to Australia to work in the Asian Pacific Region. After 9 ½ years abroad, Australia would once more be their home.

However this was not to last long. In 1991 he was “called” to the office of General Conference President, a call that required him to move to Virginia, USA, to work at the General Conference Headquarters. This time though, Bet would stay in Australia to be with her mother and the rest of the family. So they spent the next six years keeping their relationship going with the occasional international phone call, lots of letters (once again), faxes, and as many visits home as he could manage! While he was working as the General Conference President, his grandchildren would affectionately refer to him as “the Pope”. During all this time he managed to visit many countries he never would have thought possible—countries like Hong Kong, Japan, India, Pakistan, Brazil, countries in the Caribbean and in Europe, and many more—all to work for the God he loved so much, and for the people of these countries who had chosen to follow the same Creator.

Finally, worn and weary, the call to retirement was strong, and he came home to be with the woman he had chosen to love ‘till death do us part’. It was an adjustment for them both, but their love for each other grew stronger each day. He got to spend time with family, watch his grandchildren grow and see many great-grandchildren added to his family. During retirement he was still very active, helping and supporting the church he had worked for for most of his life. He revelled in his love of music again and enjoyed creating music for a small orchestra that he conducted called “The King’s Minstrels”.

Neville and Elizabeth Brittain celebrated first their 50th wedding anniversary in 2003, and then, just last April 12th, 2013, they celebrated their 60th wedding anniversary with pride as on the same day they watched their granddaughter walk down the aisle to marry her soul-mate. It was at the end of the day’s celebrations that Neville shared with his family the news that he was suffering from a disease the majority of us fear most and one that eventually took away his life—cancer. Today we celebrate a life well lived, a fight of faith well fought, and a life that will not be forgotten by any of us. 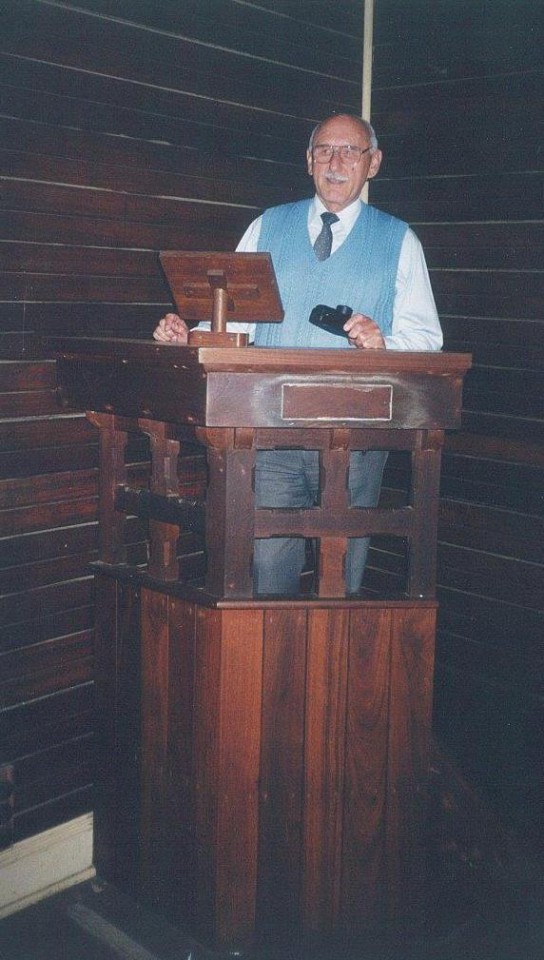 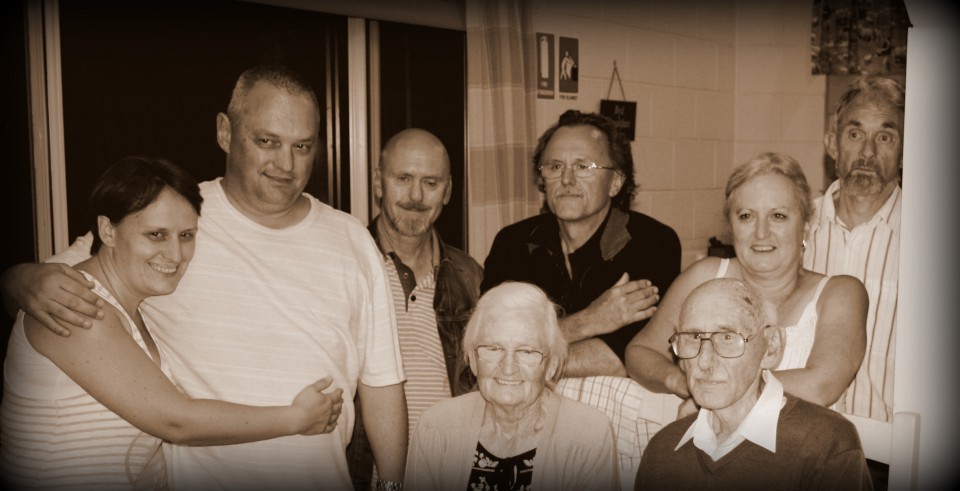 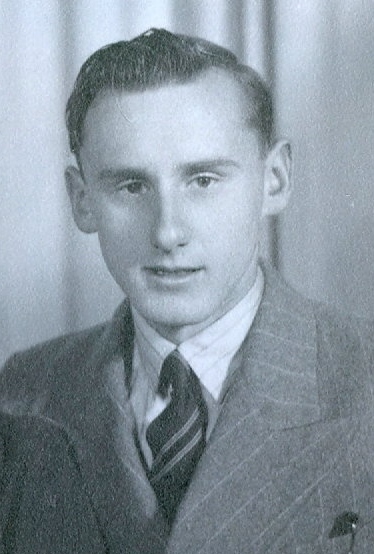 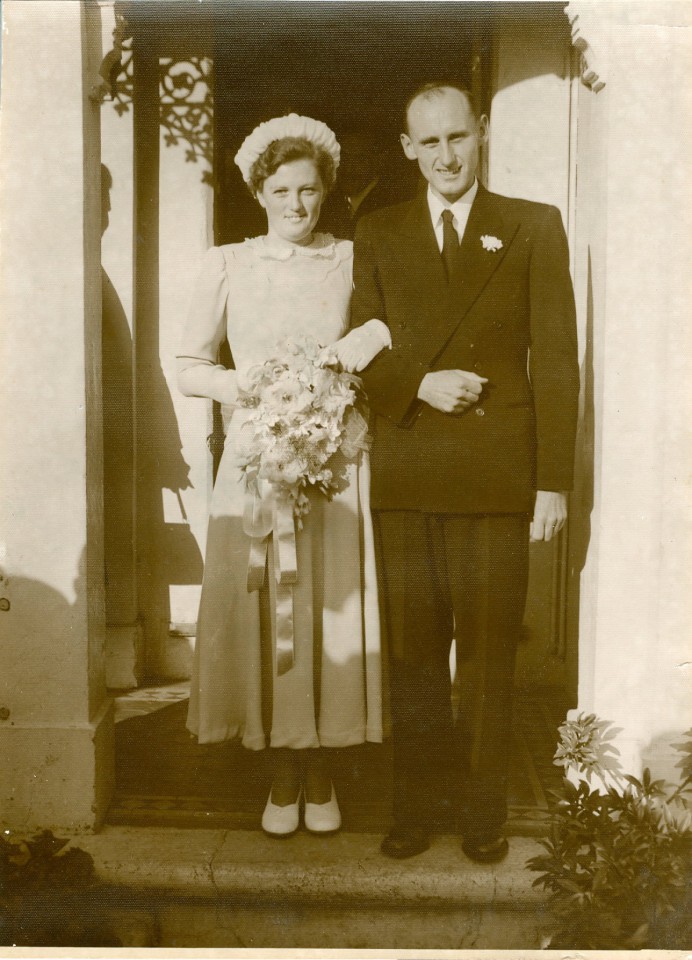 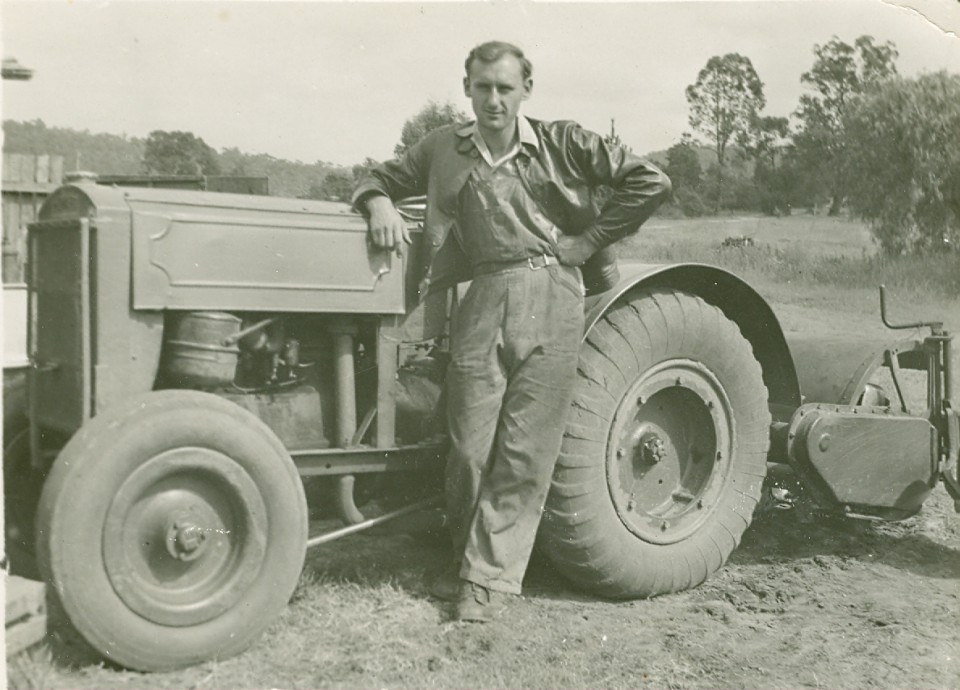