It has been several years since a visitor to Perth’s Guildford Church returned to Goroka, a large town in Eastern Highlands Province of Papua New Guinea. Ever since that time, thought has been given to the work in Goroka where the main produce grown are pineapples, bananas, coffee plantations and sweet potatoes. Some corn is also grown as the main cash crop for subsistence farming.   Along with the nice climate this town is also a university town where many students come to study.

Several interests were living in this town and the work has slowly gained momentum. After a few baptisms a small group was established and they met out in the open air on the grass lawn of one brother’s house. After a while many interests were attending and there was not enough room.

The brother has now given away a portion of his garden space in his back yard as a place of worship for the Eastern Highlands region. Although he has been gardening this land he feels that it is more important to give this area over to God as a place of worship. The brethren there along with his family were keen to start a simple bush material building. They were going to collect the trees in the mountains and pay for the nails. However in discussions with them the Welfare Department wanted to assist with buying roofing iron to cover the roof, rather than the local roof materials called “Kunai Grass” which is a good local material but does not have a long lifespan.  A special heartfelt collection was made in Sydney’s Schofields church afternoon meeting and this amount exceeded all expectations for enough material to not only assist in purchasing the roofing iron and some walls, but also to help in another church building in Kudjip area of Jiwaka Province with an urgent need to buy a few rolls of barbed wire. This was to keep out the local roaming pigs from the church grounds.   With funding in hand both churches sent their resounding “tenkyu tumas” (“Thank you very much”) in local Tok Pidgin language to every cheerful giver. 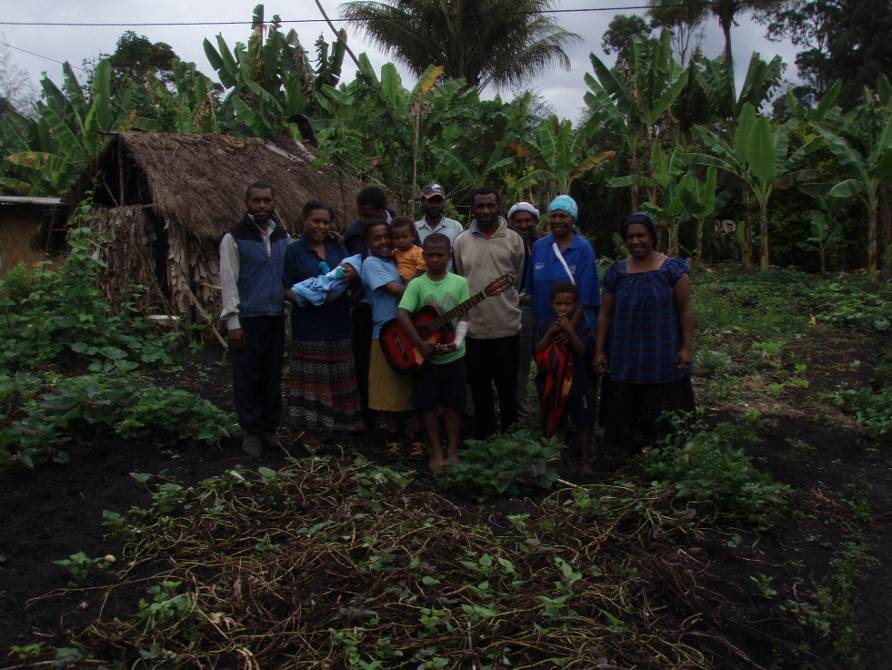