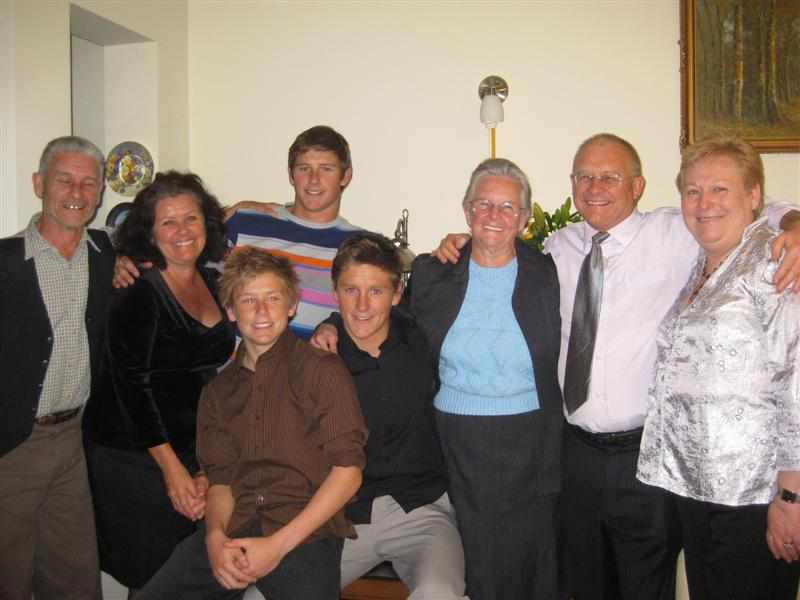 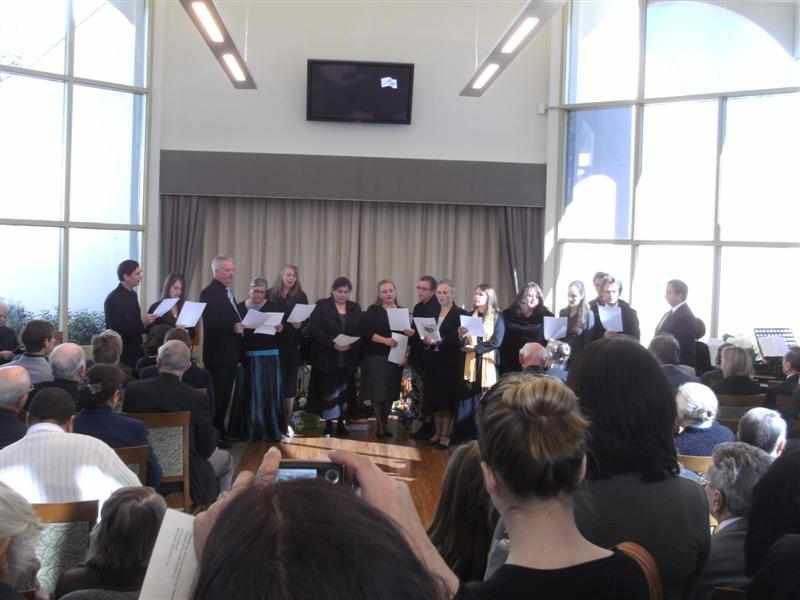 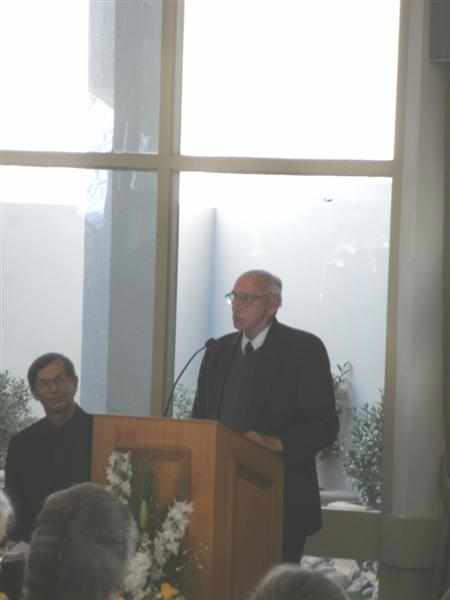 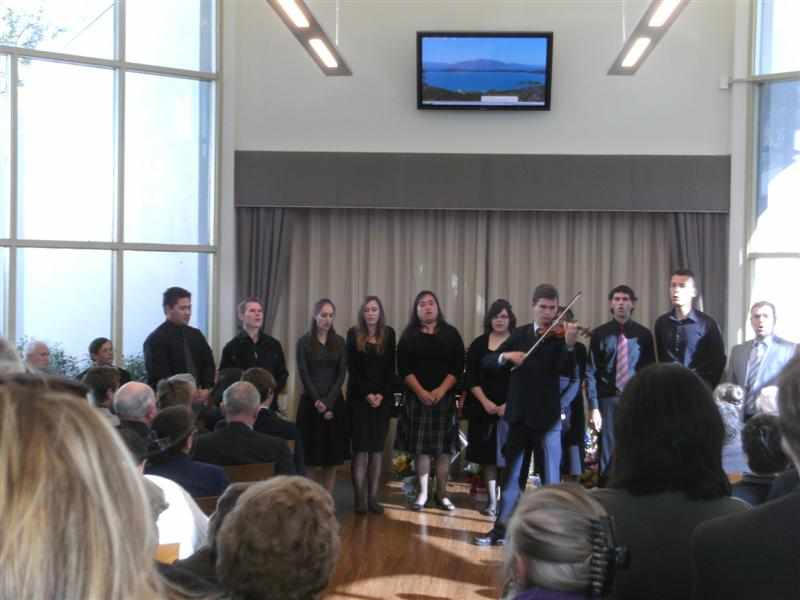 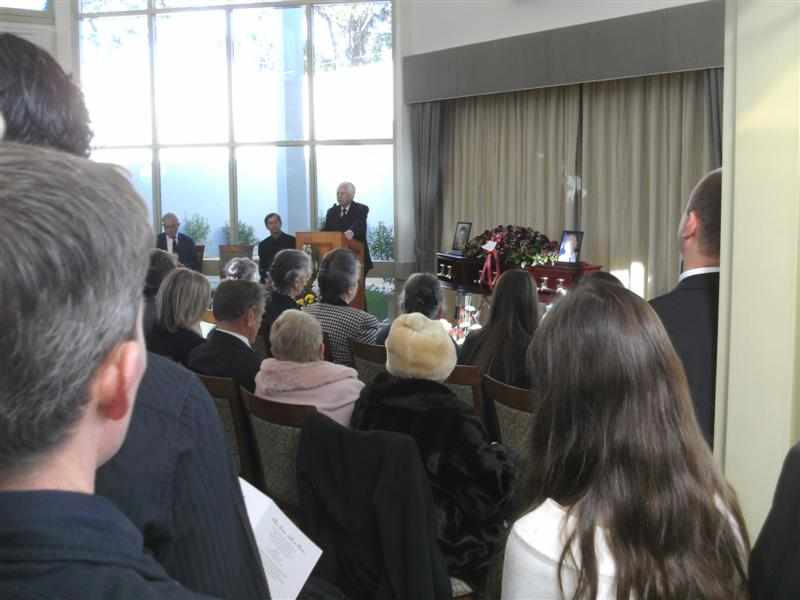 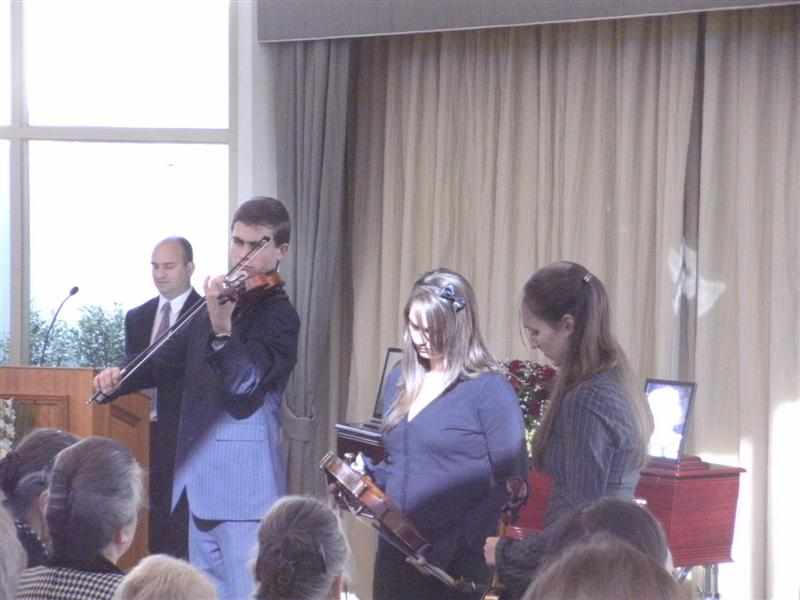 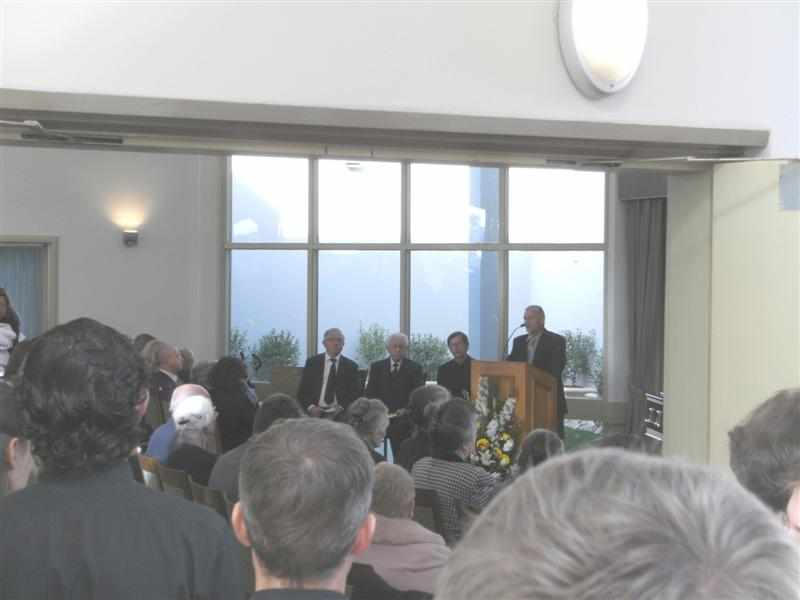 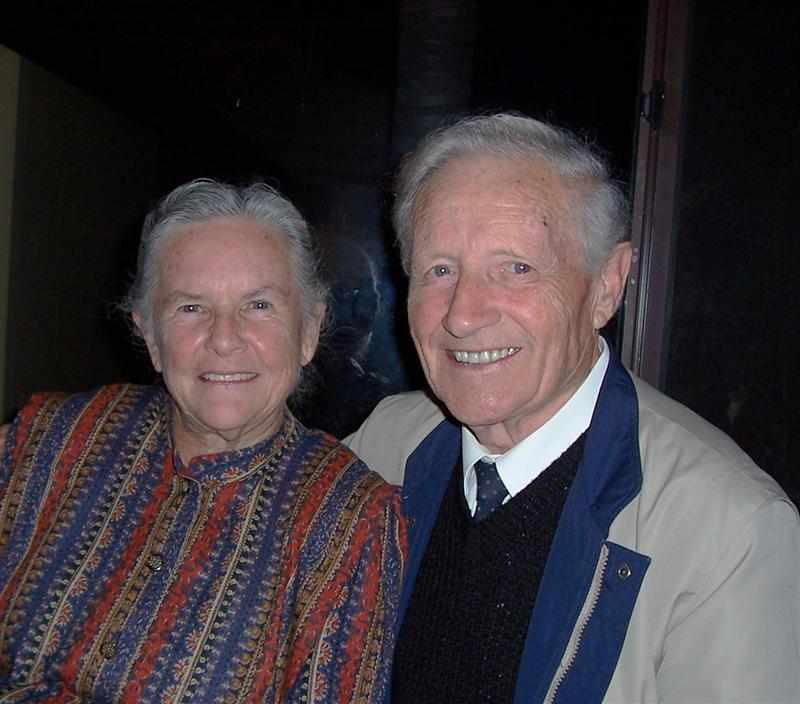 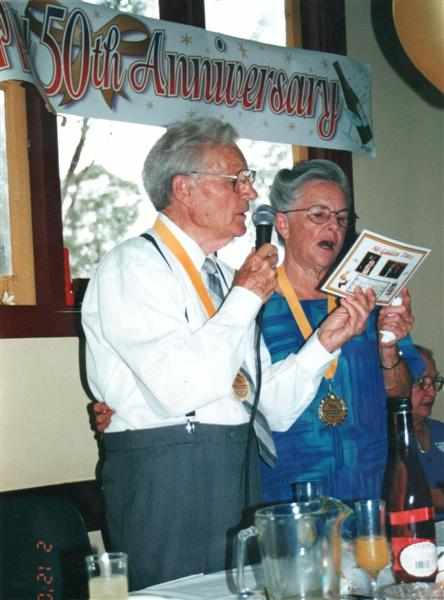 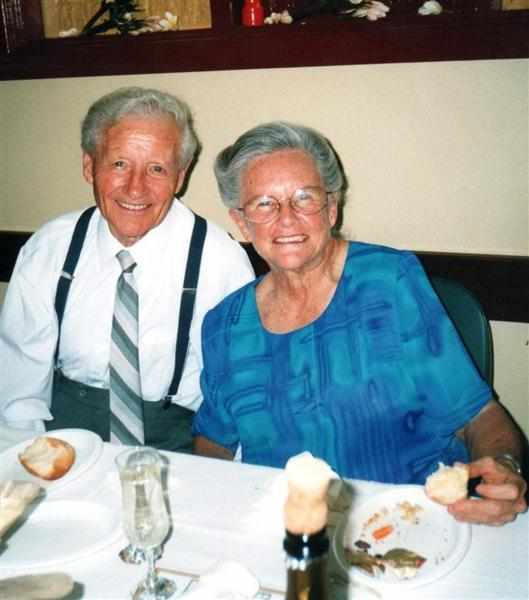 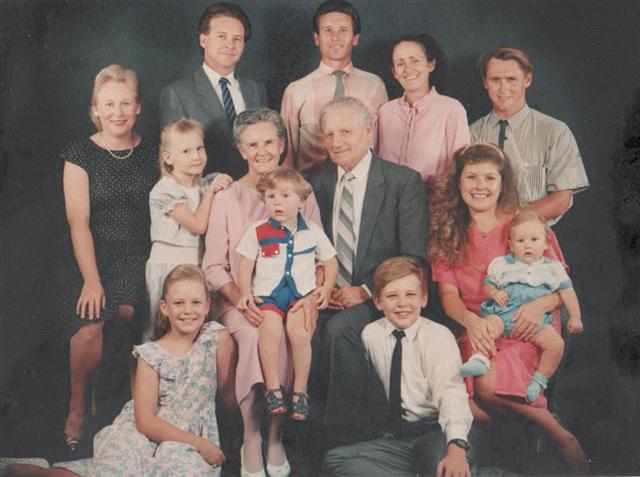 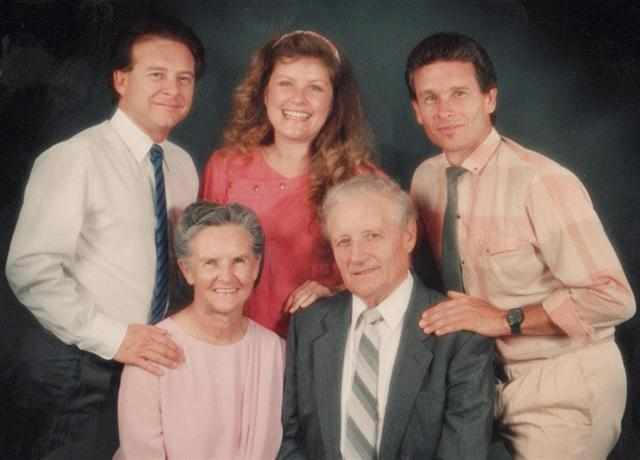 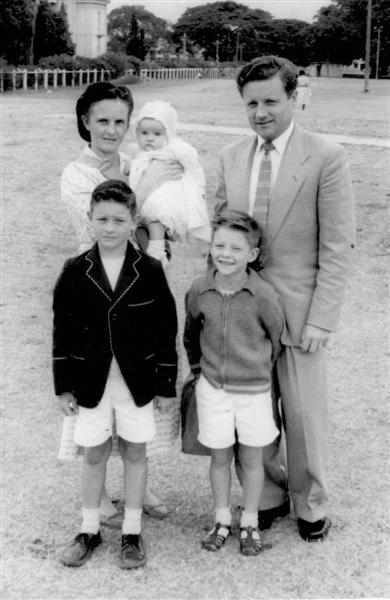 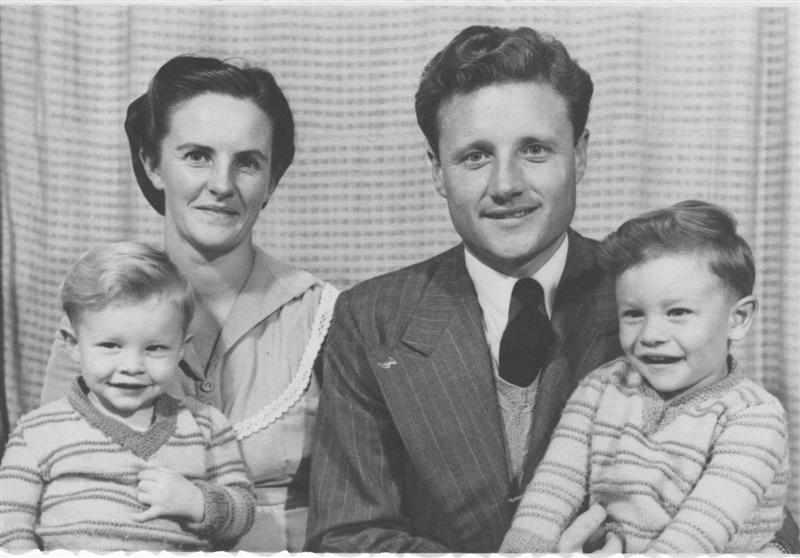 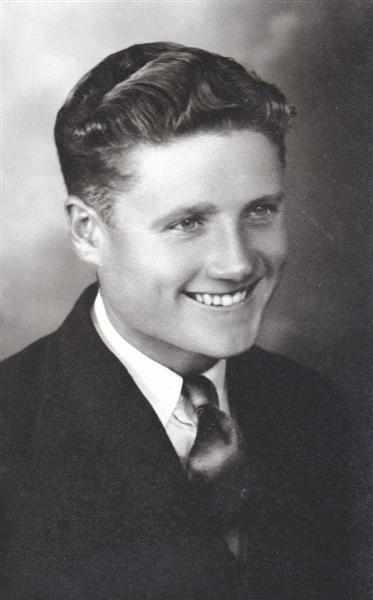 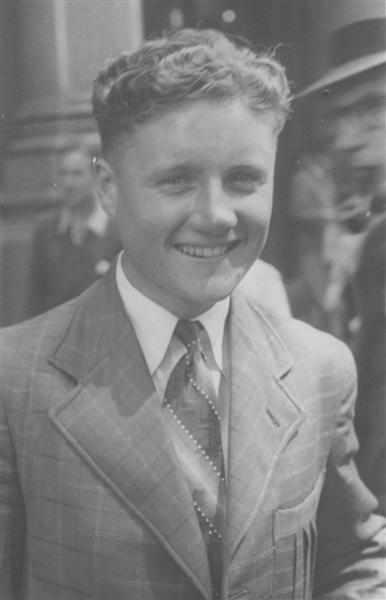 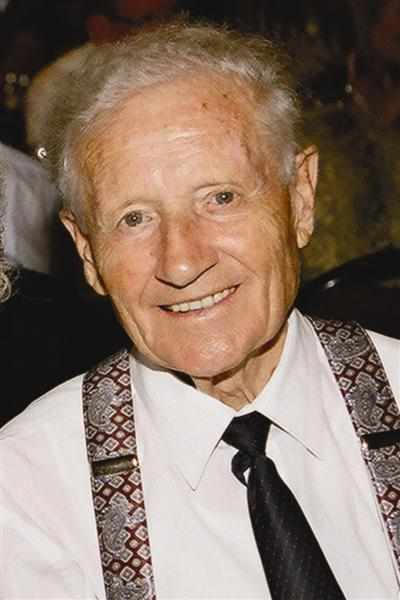 Harold Eric Weymark was born at Hammers Road, Flemington, Sydney on the 7th April, 1925. He was the youngest of six children born to Elsie and Reginald Weymark.

Leaving school at an early age he sought many employments until he took up the trade of a Tinsmith in the Nestle Chocolate Factory amid the pleasant park-like surroundings at Abbotsford.

During World War II every home was expected to have an Air Raid Shelter and as all Harry’s brothers were already in the Military Services, it was expected that Harry complete the shelter. Digging with only a shovel to the depth of six feet, he felt the pain the next day at work. He could hardly use the heavy files for the tins. A fellow worker helped him in his work and they became friends. Harrynoticed how different his friend was to others, and the subject of health was discussed. Especially was Harry interested in health as his brother Alfred was a Welter-Weight Boxing Champion. Harry was invited to his friends’ home as a gentleman would be giving an interesting talk about the body. After a delicious vegetarian meal the visitor arrived, and a large chart was unfurled; it was the body described in Daniel Chapter 2. It was during this time an interest was awakened to spiritual things. Harry was invited to the Church of the Seventh Day Adventist Reform Movement at Summer Hill and the beautiful hymn “Pass me not, O gentle Saviour, Hear my humble cry; While on others Thou art calling, Do not pass me by” touched his heart and he decided to follow his Lord. Sabbath morning of 2nd January, 1942 Harry was baptized in the Drummoyne Baths.

Just three months later he was conscripted into Military Service, and because of his faith, he chose to be a Conscientious Objector. This meant a court case. The Lord be praised, as the Judge granted him Exemption from the Service.

Next he had the desire to attend the College course at the Hebron Missionary College, which meant an exemption from the Essential Services of the Government he had to work in because of wartime. Once again we saw the leading hand of the Lord, as permission was granted him to leave the factory to attend the Hebron Missionary College at the age of 18 years, where he remained for 3 ½ years. Harry was called to the ministry of the Gospel, and ordained in April 1949, taking up his first appointment in Melbourne.

Letters were exchanged frequently to Elaine Heslop who worked at the central office of the church in Summer Hill, Sydney. Their lives were united in wedlock 11th December 1951. There were three children born to this union, Kenneth Eric in Melbourne, Desmond Harold in New Zealand and Roslyn Dawn in Sydney.

Harry served the Lord in Melbourne and was then commissioned to work in New Zealand in 1953. The office, church assembly and health clinic were established.

In 1957 Harry was recalled to Australia to be Field Leader of New South Wales. In 1961 the NSW Conference purchased a property at Harris Park and later moved to Wentworthville. Harry found a home of his own and the family moved to North Rocks. He received the authorization of Celebrant Certificate A101 on 4th July, 1963.

Harry Weymark, being a wonderful husband and father, had a tender regard for all. He had a patient and sympathetic nature. In his work he was called to attend many situations, some critical. Instead of leaving the burden, he seemed to carry it for others. His strength began to fail, and he developed
Rheumatic Fever. Under the doctor’s instructions, he resigned from all his duties in March 1969.

When strength regained he sought employment serving petrol, delivering electronic parts, real estate sales and as a printer’s helper. A phone call came from the office at church, requesting him to come and care for the headquarters while the delegates were away at the General Conference. Harry resumed his work on 2nd August 1975, still holding his Ministerial Credentials and Government Registration for a Marriage Celebrant. Harry was where his heart was, in the service of the Lord, witnessing to others and caring for the flock as a shepherd. He continued in his labours until he retired in 1992. From the age of 18 when he entered the Hebron Missionary College, ordained as a Minister of Religion in 1949 to the time of his retirement in 1992 was 49 years.

We decided to build on the property purchased at Maraylya. It was a challenge to clear the land and surroundings to make it our home. Another wonderful occasion we shared together was our 50th Wedding Anniversary held in the local community hall at Maraylya. Praise was given to thank the Lord for His watch care during our lives.

Thinking to retire in the country was a wonderful experience, but we did not realize we were getting too old to keep things in order. The Lord directed us to a small block of land overlooking farmlands with views to the mountains which Harry admired. He often quoted the words of David, “I will lift up mine eyes unto the hills, from whence cometh my help.” Ps 121:1. On 25th May, 2006 we moved to our new residence in McGraths Hill.

Harry was chosen as a Delegate on three occasions to attend the General Conference of the Seventh Day Adventist Reform Movement, Germany 1963, Canada 1983 and Brazil 1987. It was a real blessing to visit the different states of this country for Conferences and encouragement as president of the Union Conference for many years. The baptisms performed were a living witness to the saving power of the Holy Spirit to touch hearts and bring men and women to know their Lord and Saviour. The Marriage Celebrant Registry reveals the many wedding ceremonies Harry performed. These occasions brought the young people very dear to our hearts.

On Friday, 31st July, Harry went to sit on his favourite chair, slipped and fell, breaking the femur bone. At the Nepean Hospital an operation was performed the following day after being in traction all the night. The Surgeon explained, because of loss of blood, his dementia and age, his health began to deteriorate. The family thanks the Lord for the opportunity to be with him at this time. His eldest son, Kenneth, spoke on the phone from Queensland. Brother A C Sas and Br N S Brittain came to visit Harry and the prayers offered were greatly appreciated and brought much comfort to us all. Tuesday 4th August 2009, Harold Eric Weymark passed away, leaving his loving wife, Elaine, his sons Kenneth and Desmond and daughter Roslyn; 9 grandchildren and 4 great-grandchildren. Also his fellow Ministers, Brothers and Sisters in Christ, Relatives and Friends.

“Blessed are the dead which die in the Lord from henceforth: Yea, saith the Spirit, that they may rest from their labours; and their works do follow them.” Revelation 14:13.