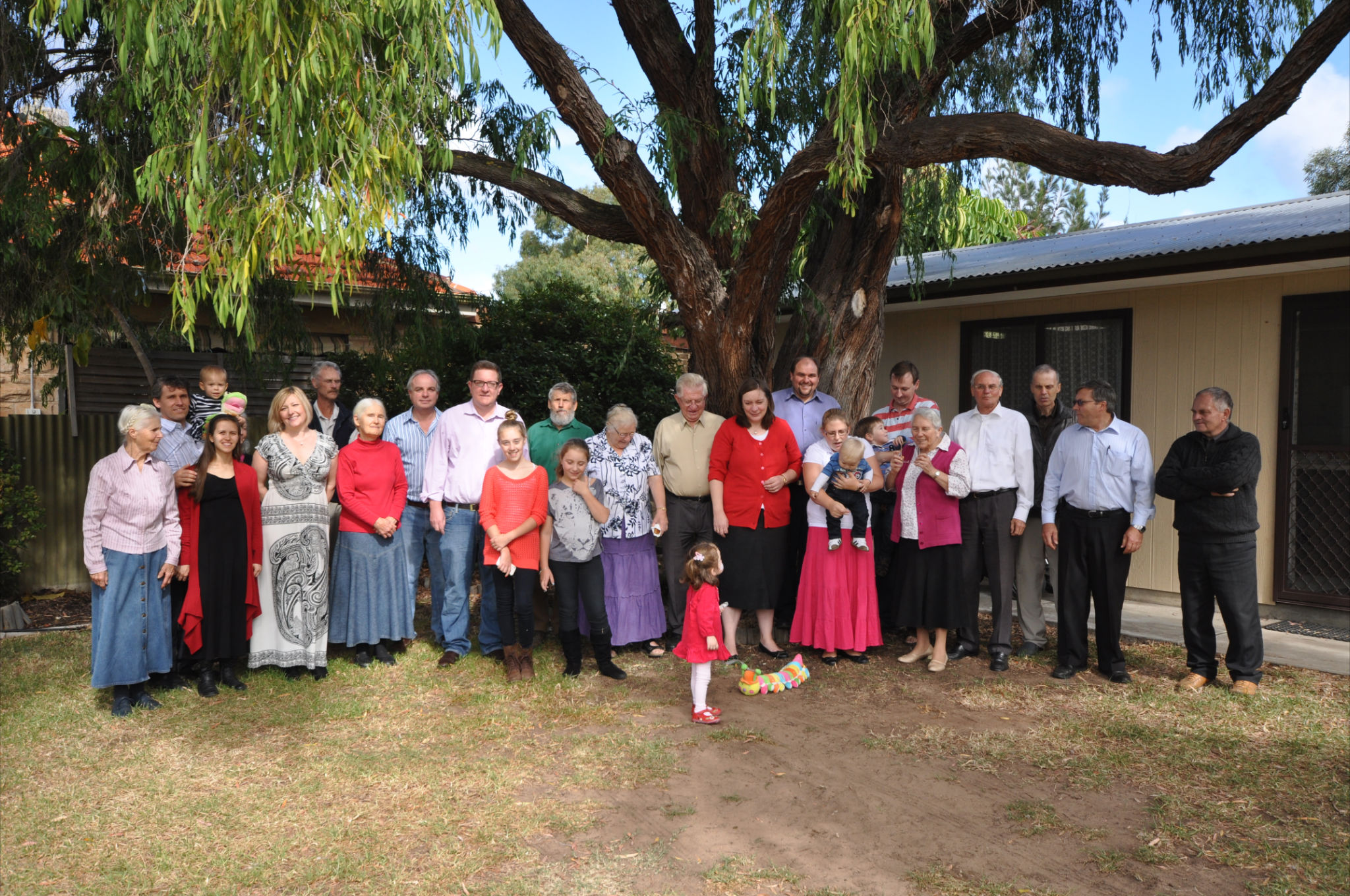 In the 1980’s the SDA Reform Movement church in Adelaide was blessed to have a large number of young people in the congregation. Every Sabbath the church was full of children’s voices joining together in praises to God. There was also a choir that was making the Sabbath services more interesting and beautiful. There were a lot of camp-outs and youth activities carried out.  But slowly over the years these young people grew up and either moved away or became disinterested in coming to church. It was expressed by many of the members that remembered those wonderful times the sorrow and disappointment that this was only but a happy memory. Often the question was asked what could we do to bring those days back? Since we cannot wind the clock back the church members came up with a plan for a “Back to the 80’s” Reunion.

The work of preparation started almost immediately; collecting photos of events, recordings of choirs and items and organizing a brunch for this event. The date was finally set and invitations were sent out to as many of the youth located in Adelaide and the few from other states that had mentioned that they would be able to come. The date was set for Sunday 22nd of April. The thought also came to have a visitors day the Sabbath before.  Invitations were sent out for this event to all our current church friends and interests and some who used to come many years ago.

Sabbath, 21st April was a beautiful bright day and the regular members arrived at church eagerly anticipating who might come from the invitations. Some visitors arrived in time for Sabbath School but most of the visitors only arrived in time for the Divine Service. Br Ben Thiel presented a great message on ‘the destiny of the world and where are you headed?’ There were visitors from the Seventh-day Adventist church, independent ministries, and ex-church members. We enjoyed a delicious lunch together with the visitors who were able to stay. Many enjoyed the fellowship and time to catch up. In the afternoon we had the privilege to hear from Br Ben a report from the last General Conference Session and how the work is progressing in other countries.

Sunday’s program was a brunch at 10:00am. The sisters arrived early to get the muffins and waffles warmed, make cashew cream and other delicious foods for this special event. There was lot of food prepared and it was nicely set on the table. As the time was approaching for the brunch to start, more of the ‘young people’ that had been invited began to arrive. It was very nice to see them all again together, and for many of us, to finally meet their children. Brunch was very casual, with lots of socializing and reflecting back on the past.

For many of the ‘youth’, there were a lot of changes at the church for them to ask about, as it is different now than when they used to come. One part of the church was of particular nostalgic value—the “upper room”—where many of the ‘young people’ had gone to children’s Sabbath School. The entrance to this place was harder to find than they expected as many interior changes had been made to the church and the access stairs to the “upper room” are now hidden behind white walls.

Br Jaksic thanked everyone for coming and introduced a specially produced slideshow with pictures collected from different ones who had previously lived in Adelaide. There was great fun had by all trying to identify the faces in the pictures. Many laughs were shared and interesting comments made, especially about the ‘80s’s styles and how different the adults look compared to when they were little children or youth. A CD of selected items had been prepared from the recordings collected over the years. Each ‘youth’ who attended was given one of these as a reminder of this time and what the Adelaide church used to be. After this, there was more time for socializing and photos. Great memories of the ‘Back to the 80’s’ reunion will be cherished in our hearts.

We have plans to repeat this reunion on a greater scale. If you are one of these ‘youth’ of the 80’s and interested in attending one of these days, please contact the South Australian Field office (sa@sdarm.org.au) to register your interest. We will send you an invitation before the next event.