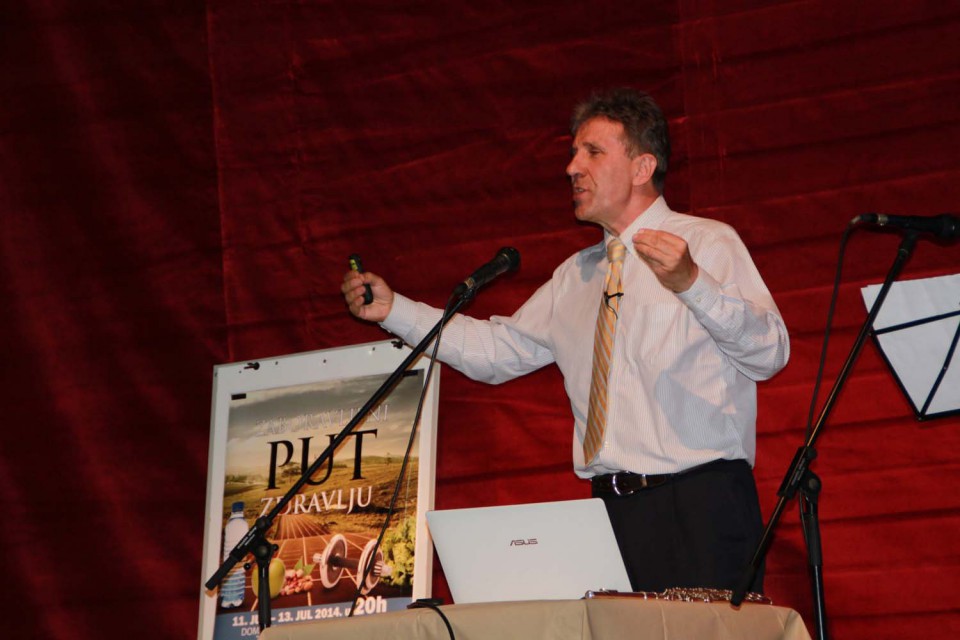 We just finished the first part of the public meetings at our special missionary project yesterday. As we mentioned before, for the most part, fifteen of us have been working in distributing 20,000 flyers all across the city of Kragujevac, Serbia, along with 450 posters. We even secured some radio and television spots. Although there were only a few of us, we were praying for God’s special blessings to bring people to the meetings. We are told that not many come to such outreach programs anymore, but we were blessed on the opening night when Dragan Ivanov began the first presentation on “How to Eat Healthy”, he did not speak to an empty room. We had over 100 visitors the very first night. About half came in response to the flyers and half in response to the posters. Only one person came in response to the TV advertisement and one in response to the radio advertisement.

We did not have the Sabbath morning worship service advertised on any of the flyers but told the visitors that we will be speaking on the same subject from a Biblical perspective and invited them to come. We were pleasantly surprised when 20 of the visitors came the next morning. They really enjoyed the spiritual food and hearing about the vegetarian diet from the Bible was something really new. As Dragan Ivanov began the evening meeting on “How to Overcome Stress”, he spoke to a room full of people. There were about 140 present for the evening presentation. When we announced the spiritual program beginning the following week, almost everyone took a flyer on the way out, and many books were purchased on health, and other topics.

On Sundays many people work, and so we had only about 120 present with some new faces to listen to “Emotions and Health”. One of the difficult things is to transition from health to spiritual topics in such a short time. As Dragan gave 11 points on how to improve the emotional health to avoid depression, his 10th point was on prayer. After he finished, he invited me to come forward to introduce the spiritual meetings. I told them they are not the only ones that ask where I am from. Even in the USA and Australia they ask the same question. However, they were surprised that I was born only 80kms (48miles) from this city. I spoke in Serbian but assured them I will speak through a translator next week. As I reminded them about the 10th point from the presentation that evening, we invited them to speak to our God as we closed the meeting in prayer. As they were leaving and getting additional flyers, many assured us they will see us on Friday night. Again the book stand was very busy, as people really wanted not only the health books and DVDs but also the spiritual books.

Please pray for us that the Lord will continue His magnificent work in bringing souls to the meetings this Friday evening and eventually to the present truth for our time.