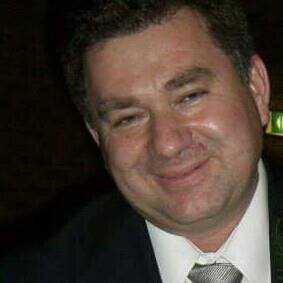 Walter Marino Zulic was born on the 24 April 1962 to Elsa and Giulio Zulic in Santiago, Chile.  The family immigrated to Australia on the 10th April 1974. While living in Punchbowl, they made contact with the Seventh Day Adventist Reform Movement (SDARM) and for many months received Bible studies by Pastor A C Sas.  They were convicted of the message and accepted the truth.  Jointly both parents together with their daughters Anna and Giulietta were the first four members of the family to be baptised into the SDARM church, on the 3rd January 1975.  Later, Walter and some of their other children were also baptized, and the family attended the Wentworthville church for many years.

Sadly throughout the years, Walter drifted away from his spiritual experience, choosing the ways of the world; but we thank God that during the last part of his life, he was reconciled with God as the Holy Spirit influenced him.  He was greatly sorry for the direction he had taken and was able to make a new experience with God.  He felt the wonderful forgiveness that only God can give and had great peace in his heart accepting Christ’s great sacrifice for him personally and believing that Jesus will come back soon to take him home.

May the Lord comfort the family and friends of Walter and help them to be faithful and look forward to seeing him once more in the earth made new where there will be no more tears.  “But as it is written, Eye hath not seen, nor ear heard, neither have entered into the heart of man, the things which God hath prepared for them that love him.”  1 Corinthians 2:9

Highlights from the past

We came to Australia as a family – Mum, Dad and eight siblings: Giulio, Giulietta, Walter, Alex, Johnny, Branco, Boris and myself.  We arrived in Sydney, Australia on April the 10th 1974, and it was here that we accepted the Advent message.

Walter, Johnny and I together with three other young people left to attend a youth convention in the Philippines on 12 April 1981. Four of us including Johnny and myself had an excursion visa and decided to go only for four weeks, whereas Walter and the others stayed on an extra four weeks to attend the “Missionary Training School”.

It was there at this very “Youth Convention” that Walter and Nena met for the first time and very quickly fell in love, starting a relationship that would continue on for years to come with much fruition.

Walter came back to Australia mid-June 1981, but during that same year, he returned to the Philippines to continue getting to know his then sweetheart Nena.  They both decided to take things very seriously and were married that same year – 11 November 1981.

Soon after their wedding they took their flight back to Australia to face the new beginnings and new challenges that life had in store for them.

Once back home as a brand new couple, Walter found himself a job and a house to live in and raise his young family.

On the 10th of August 1982 their first child James Walter was born.  Two years later on the 27th of August 1984 a baby girl, Caroline Esmeralda was born, who brought so much joy to the family. Then on the 29th April 1987 the family was blest with another arrival of Mark Anthony.

Family highlights – while at home.

I well remember whilst still living at home, Walter was so eagerly waiting for the day he was to embrace his most important milestone in his young life, when he would turn the required age to get his driver’s licence.  For this to take place it seemed to him the days were not going fast enough, so he started the count down, and he meant this; he wanted everyone to notice and to see what he had written on the calendar as he was ticking the days off one day at a time.  This activity went on for days and months.  During that particular year, he would say: Oh dear I wish the days would go much faster.  It’s just not going fast enough for me.  I can’t wait until I will be able to sit behind the wheel and go places.  I guess at the time it was one of the very first achievements for him as a young man, apart from his first job which he held. 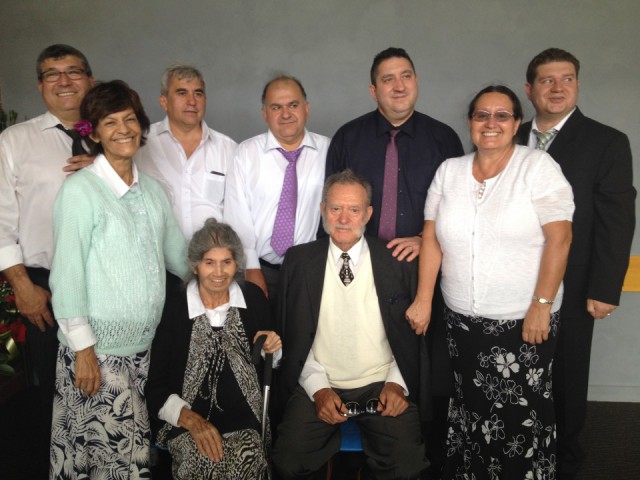 I just loved listening to his so vivid and true expressions and stories which he always loved to share with everyone.  ‘Listen up everyone!  You are not paying attention, and you aren’t taking this seriously enough; I can’t wait to get my driver’s licence!’

Family, friends, work colleagues and whomsoever he would meet down the road would always love his stories and daily anecdotes.  Yes they were his true experiences, and they will always be remembered and kept in our hearts and minds for ever and ever as time goes on.

Walter was baptised by Brother F Devai in the year 1978 together with a large group of young people.

A tribute to my brother by Alex Zulic

”But I would not have you to be ignorant, brethren, concerning them which are asleep, that ye sorrow not, even as others which have no hope.  For if we believe that Jesus died and rose again, even so them also which sleep in Jesus will God bring with him”.    I Thessalonians 4:13-14.

It’s amazing how we can always bring to mind those old fond and cherished memories that somehow seem to stick like glue to our minds, and as I type these few words, one such memory just crosses my mind….We were temporarily living in the beautiful Port of Coquimbo, south of La Serena in Chile in this really nice residence. It was a very happy time for us kids; Walter was about seven and I was about six. I always looked up to my brother, always thought of him as special, and in this particular moment all of a sudden I crept out of bed and reached over to him and I tightly and lovingly cuddled him and held him. Even at that young age I esteemed him greatly.

My dear brother, it is hard to believe that you are gone….I don’t think that I have yet accepted your sudden and premature departure.  At certain intervals it’s like I think you are still here, and yet soon reality hits me and I have to concede that yes, you are gone. Gone yes my brother, but not forgotten, that’s for sure.

We all miss you greatly, especially Mum and Dad and also your own children James, Caroline and Mark.

I had never realised how cruel death can be till the moment I lost you my good friend and brother. But I keep on trusting in the Lord’s promise that one day we will see you again.

Having you around me was fun especially our young school days together. What joy it was to spend time with you my friend…Even as adults it was always fun to be around you; we had a very special bond, even a very special kind of invented language you and I shared that nobody else knew about till much later in life, lol. My brother if you and I ever had a disagreement, well, the good and fun times we had together far outweighed those few and in between disappointments that life sometimes bring.

Well, I will now say goodbye to you my good friend and brother…but I will always remember you as my special brother who always came to my rescue, no matter what.

Always thinking of you…and hoping and praying that one day when this world passes that we will see each other again according to God’s promise.

Loving and missing you always.