On April 9-12, 2015 at Campbell Park Christian Camp, Mangawhai Heads, the New Zealand Field hosted a camp meeting.  The park is perfect, peaceful, and affordable for homely comfort and excellent group facilities.  Proximity to beaches and walking tracks are just a few of the many opportunities offered when staying at the park.  The theme for the Spiritual Conference was: “Jesus – The I Am.” 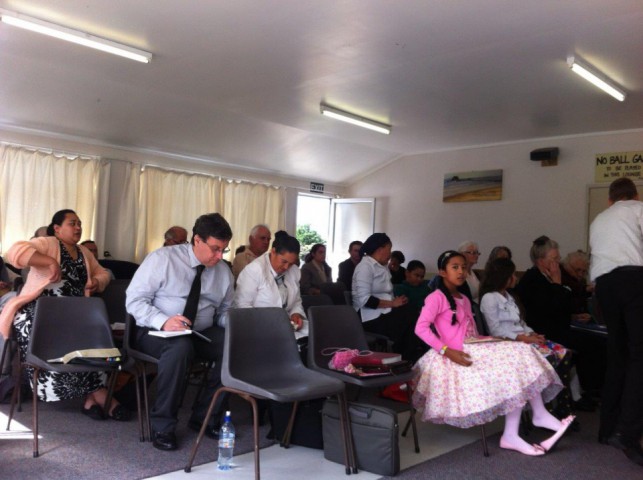 Brother Paul Chapman, one of the guest speakers of the camp meeting, shared wonderful thoughts on the topics: “Laodicea and The Remnant,” “The Power of That Other Angel,” and “The Godhead”.  His Sabbath message during the divine hour service was about “The Real Deal.”

Brother Rolly Dumaguit shared with us a great study on the subject: “The Sealing of God’s People” and an experience of the progress of the work in Tahiti.  The brethren and friends from the independent ministries who attended the meeting really enjoyed the talks.  The meeting started out with 34 in attendance (that included children) and ended up on the highest day with 49 persons. 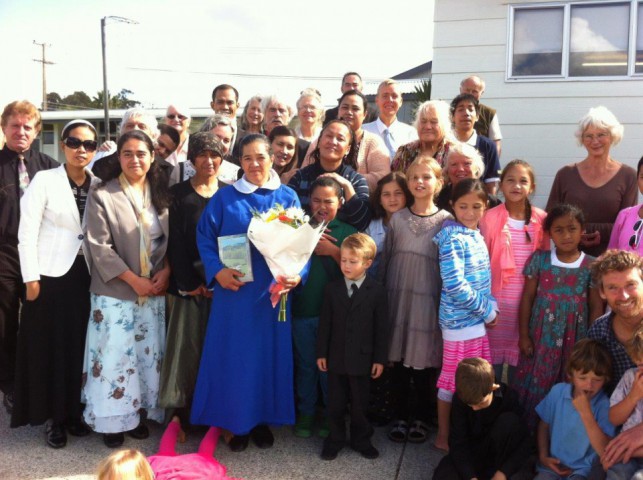 The highlight of the camp meeting was the baptism of Sister Taputu Wilson, April 11, 2015.  On Sabbath, the sister had publicly renounced her former church connections and began to follow with us in the footsteps of our Saviour.  On the same day, she was accepted into the fellowship of the church and during the appeal for prayer, four others came forward and wished to be baptised in the near future.

On Sunday, we bid farewell and goodbyes to our friends; and the members of our Field met together for the Annual General Meeting to reorganise the work of the New Zealand Mission Field.  New officers were elected, and plans were put together to be done this year.

Brother Paul Chapman stayed for another week and spent one Sabbath in Auckland Church and shared with us a beautiful topic that focused on Christ: “Let this Mind be in you”.  On the same day, April 18, 2015, another brother was baptised, fellowshipped, and added to our church.  Those who remained in the afternoon of the Sabbath, rode on to the place of baptism and walked along the trail to the creek.  In the morning, the weather condition was threatening – the sky was covered with gloomy clouds, and showers of rain were falling from time to time.  So we prayed that God would provide us a pleasant weather.   When we were setting out going to the place of baptism in the afternoon, we praised the Lord.  The sky turned to blue and cleared out the dark clouds.  Brother Michael Graham was buried in the watery grave that Sabbath. 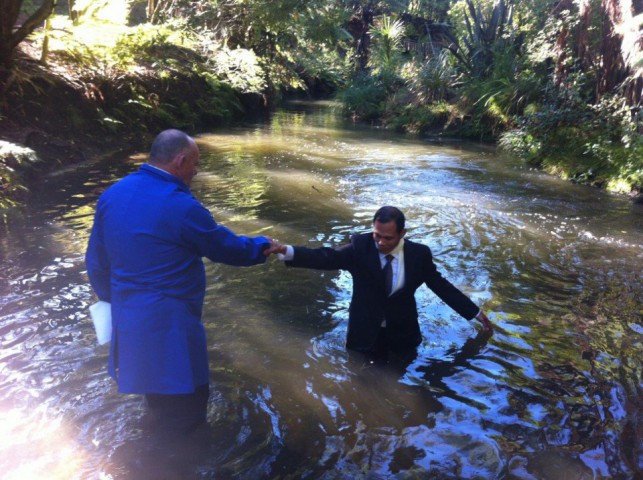 We praise the Lord for His blessings to this harvest field.  ONE BY ONE they came this April….  To God be the glory.