God’s purpose for Adam and Eve at creation was to populate this world with faithful and obedient children who would love and praise Him. Unfortunately, sin entered this perfect world and brought sorrow and suffering. Eve was to experience pain in childbirth, but a child to most mothers is still a wonderful gift from God. To many their ‘Mother’ is the world to them, the one who fulfills all their needs. Mothers love unconditionally, and children know that they can count on them above anyone else.

To be a mother is a special calling and one of great honour! Throughout the ages many mothers have sacrificed themselves in order to give their families and others help, love and support. In Bible times we read of faithful mothers like Hannah, Elizabeth, Mary and so on… who brought up their children for a special work; and not so long ago during times of war and through the depression years, many mothers were left alone to carry life’s burdens the best way they could without their husband’s help. Many missionaries’ wives brought up their children on their own… but with God’s help they brought up faithful men and women.

“The mother who trains her children for Christ is as truly working for God as is the minister in the pulpit.” Prophets and Kings, p. 219.

Today, in many countries people dedicate one day a year to pay special tribute and honor to their mother. I would like to share some history on how Mother’s Day came about; these excerpts are taken from Wikipedia http://en.wikipedia.org/wiki/Mother’s_Day

“Mother’s Day is a modern celebration honoring one’s own mother, as well as motherhood, maternal bonds, and the influence of mothers in society. It is celebrated on various days in many parts of the world, most commonly in the months of March or May.”

“The modern American holiday of Mother’s Day was first celebrated in 1908, when Anna Jarvis held a memorial for her mother at St Andrew’s Methodist Church in Grafton, West Virginia, which now holds the International Mother’s Day Shrine. Her campaign to make ‘Mother’s Day’ a recognized holiday in the United States began in 1905, the year her beloved mother, Ann Reeves Jarvis, died. Anna’s mission was to honor her own mother by continuing work she started and to set aside a day to honor mothers, ‘the person who has done more for you than anyone in the world’. Anna’s mother, Ann Jarvis, was a peace activist who cared for wounded soldiers on both sides of the Civil War and created Mother’s Day Work Clubs to address public health issues.”

“Anna Jarvis was the driving force behind the first Mother’s Day observances in 1908.” 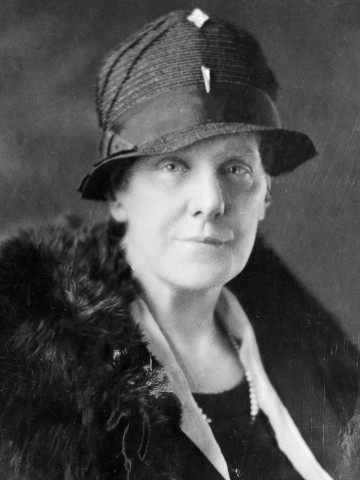 “Although Jarvis was successful in founding Mother’s Day, she soon became resentful of the commercialization and was angry that companies would profit from the holiday. By the early 1920s, Hallmark and other companies started selling Mother’s Day cards. Jarvis became so embittered by what she saw as misinterpretation and exploitation that she protested and even tried to rescind Mother’s Day. The holiday that she had worked so hard for was supposed to be about sentiment, not about profit. Jarvis’ intention for the holiday had been for people to appreciate and honor mothers by writing a personal letter, by hand, expressing love and gratitude, rather than buying gifts and pre-made cards. Jarvis organized boycotts and threatened lawsuits to try to stop the commercialization. She crashed a candymakers’ convention in Philadelphia in 1923. Two years later she protested at a confab of the American War Mothers, which raised money by selling carnations, the flower associated with Mother’s Day, and was arrested for disturbing the peace.”

“In Australia, Mother’s Day is celebrated on the second Sunday in May.”

“The tradition of giving gifts to mothers on Mother’s Day in Australia was started by Mrs. Janet Heyden, a resident of Leichhardt, Sydney, in 1924. She began the tradition during a visit to a patient at the Newington State Home for Women, where she met many lonely and forgotten mothers. To cheer them up, she rounded up support from local school children and businesses to donate and bring gifts to the women. Every year thereafter, Mrs Heyden raised increasing support for the project from local businesses and even the local Mayor. The day has since become commercialised. Traditionally, the chrysanthemum is given to mothers for Mother’s Day as the flower is naturally in season during May (autumn in Australia) and ends in ‘mum’, a common affectionate shortening of ‘mother’ in Australia. Men will often wear a chrysanthemum in their lapels in honor of mothers.”

While the intent of this day has to some degree been lost sight of in its commercialization, I think it is wonderful to have a day set aside when each one of us can express our gratitude to our mother, who has made such an impact on our lives—a day we can reflect on their life and show our love and thankfulness to them. I would like to share some words of inspiration taken from the book The Adventist Home pp. 240, 243.

“The sphere of the mother may be humble; but her influence, united with the father’s, is as abiding as eternity. Next to God, the mother’s power for good is the strongest known on earth.

“The mother’s influence is an unceasing influence; and if it is always on the side of right, her children’s characters will testify to her moral earnestness and worth. Her smile, her encouragement, may be an inspiring force. She may bring sunshine to the heart of her child by a word of love, a smile of approval. . .

“Little does the mother realize that her influence in the judicious training of her children reaches with such power through the vicissitudes of this life, stretching forward into the future, immortal life. To fashion a character after the heavenly Model requires much faithful, earnest, persevering labor; but it will pay, for God is a rewarder of all well-directed labor in securing the salvation of souls.

“The tenderest earthly tie is that between the mother and her child. The child is more readily impressed by the life and example of the mother than by that of the father, for a stronger and more tender bond of union unites them.”

“The day of God will reveal how much the world owes to godly mothers for men who have been unflinching advocates of truth and reform–men who have been bold to do and dare, who have stood unshaken amid trials and temptations; men who chose the high and holy interests of truth and the glory of God before worldly honor or life itself.”

Today, I want to thank God for my faithful mother, for still being able to go and enjoy her company and for that special bond we have.

The work of a mother is truly a very important one; and since the effects of this work will be felt throughout eternity, may God give us wisdom and grace to do this work to His honour and glory!