Our Condolences go to Brother Geoff McCutcheon and his family on the loss of his dear mother, who passed away in New Zealand at the age of 85.

Brother Geoff is an ordained elder in the Seventh Day Adventist Reform Movement Australasian Union, who is currently working for the Victoria/Tasmania Conference.

Although, Br Geoff’s mother was not of our faith, for part of her life she was a Seventh Day Adventist and instilled very good Christian principles in her children. Brother Geoff values these principles to this day.

Here is a short recollection from Brother Geoff McCutcheon on his mother:

“My Mum, Colleen May Curtin, was born in Napier New Zealand, May 15, 1930. Her parents Andy and Marie Curtin were orchardists in Pakowhai not far from Napier. Through circumstance, she was raised in early childhood at a convent in Wellington and had often commented how kind the nuns were to her. They taught and encouraged her to sing. She had a lovely voice and throughout her life had a love of choral and spiritual music. 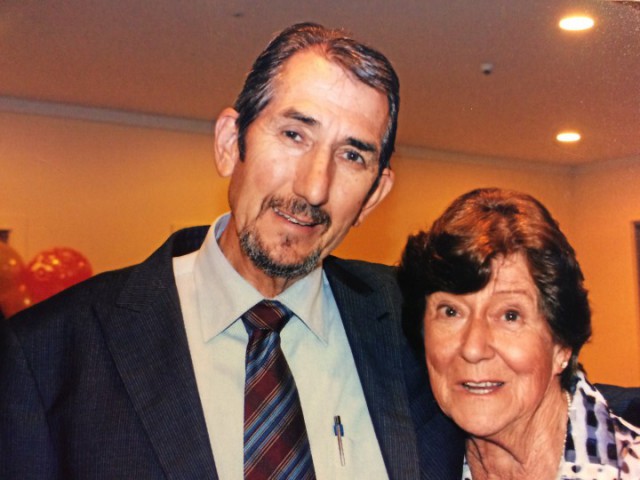 Mum returned to Napier when she was about 17 and took up an apprenticeship as a hairdresser. Shortly afterward, Mum met and married my father Colin McCutcheon. Dad was raised a Seventh Day Adventist, and Mum accepted the Adventist message.

My parents loved country living. Many years were spent working on farms inland from Napier. Mum was also trained in nursing and worked in intensive care at the Hastings Hospital. They raised seven children.

Mum loved gardening as well as music and was actively involved in Country Women’s Institute. Her gardens were always a blaze of colour and open to the public for viewing on occasion. Both parents for a time sadly slipped away from regular church attendance. After many years my parents and younger siblings moved and settled in Taupo. Sadder still, my parents parted company, and after several years Mum remarried and lived on average on the Kaipara Harbour. Although Dad returned to the Adventist faith, Mum did not. She attended Anglican services regularly with my stepfather.

Around 2003 Mum and stepfather moved back to Taupo. She became very involved again with floral art and was President of the Institute for 2-3 years. It was in about 2011 that my stepfather died, and shortly after Mum started to develop dementia. With failing health, Mum was admitted to a rest home towards the end of last year. Her health held for several months. She enjoyed singing for church services held in the rest home, but as dementia rapidly advanced, she lost appetite and weight. Tuesday the 29th of September NZ family informed me she was fading fast. I travelled to be with her the same day, and she passed away peacefully early in the morning of the next day.

My brothers and sisters called upon me to conduct the chapel service and committal. I thank the Lord for strength to do so.

Mum will be always remembered for her smile, her compassionate ways, and loving kindness. She will be greatly missed.”

Sadly we pass on news received from the General Conference that our Brother Benjamin Burec went peacefully to rest in the Lord at the age of 83 in Roanoke VA, USA on Tuesday 29th September, 2015. 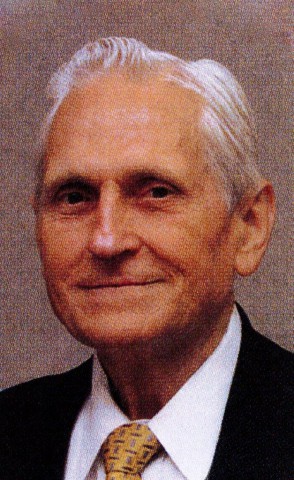 Brother Benjamin Burec was born and raised in the SDA Reform Movement. From his youth throughout all his life he served the Lord by working for the Church. His employment in the General Conference was in various capacities, including as Treasurer, Secretary, Sabbath School Director, Public Relations Officer, Reformation Herald and Publishing Director. Together with his wife Sister Elsa Burec, they had been a blessing in the Lord’s service.

Our heartfelt condolences go to his wife Sister Elsa, to his three grown children Evelyn, Elizabeth and Deborah and their spouses, and five grandchildren.

May God comfort their hearts during this time of sorrow.

The funeral took place on Monday, 5th October.  Brother Benjamin Burec will be greatly missed by many.

“But I would not have you to be ignorant, brethren, concerning them which are asleep, that ye sorrow not, even as others which have no hope. For if we believe that Jesus died and rose again, even so them also which sleep in Jesus will God bring with him. For this we say unto you by the word of the Lord, that we which are alive and remain unto the coming of the Lord shall not prevent them which are asleep. For the Lord himself shall descend from heaven with a shout, with the voice of the archangel, and with the trump of God: and the dead in Christ shall rise first: Then we which are alive and remain shall be caught up together with them in the clouds, to meet the Lord in the air: and so shall we ever be with the Lord. Wherefore comfort one another with these words.” 1 Thessalonians 4:13-18.

Condolences go to Sister Rosemary Perreau on the passing away of her husband Edward Arthur Perreau. May God give you strength to go on, and may you look forward to the day when you once again will be united with your beloved husband and live forever where there will never more be parting. 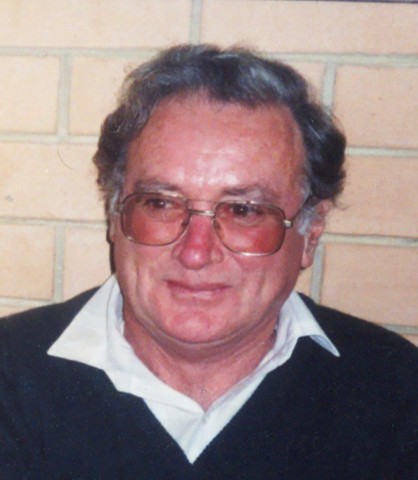 “And God shall wipe away all tears from their eyes; and there shall be no more death, neither sorrow, nor crying, neither shall there be any more pain: for the former things are passed away.” Revelation 21:4.

Edward (Ted) Arthur Perreau – After coming to church for a few years, Br Ted and his wife Rosemary were baptised into the Seventh Day Adventist Reform Movement in 2009. Br Ted was already struggling with some health issues, and over the years they gradually worsened until he had a triple bypass surgery. He recovered well from the bypass surgery, but in early 2015 complications set in, and he was hospitalised again. He had to have minor surgery on his leg, and while in surgery his heart stopped. The doctors were successful in reviving him, and he recovered from the surgery really well.

He was getting better, and then one morning he had a stroke, which left him unconscious and on life support. The doctors called all his family members together, as they said it would take a miracle for him to recover and suggested turning off the life support. The members in Adelaide were praying for Br Ted, that God’s will would be done in his life. On the morning when they had planned to turn off the life support, Sr Rosemary and the family gathered together in the hospital, waiting for the outcome. Within minutes of the life support being switched off, he gained consciousness, and immediately asked for Br Matyas to say a special prayer for him. Family and Br Matyas held his hands while praying, and with tears of gratitude he understood that God had answered prayer and given him more time with his family. He slowly regained his health and was transferred to a rehabilitation hospital closer to home, where he spent the last 2 months of his life. He had been feeling confident of fully regaining strength and being able to walk again alone. The date had been set for his return home, when he once again lost consciousness after another stroke. And only a few hours later, his life battle was over.

We thank God for the wonderful life of Ted Perreau, and he will be greatly missed from the Adelaide church. We thank the Lord for the life he is giving us all on this earth and also for the experiences we make while on this life journey which will help us to prepare for eternity.

Our dear sister Joan Wallace, member of the SDARM church in Shepparton, Victoria, passed away on the 25th of August this year. She was a dearly loved member and an exemplary Christian.  Sr Joan is greatly missed, but we look forward, with much anticipation, to the second coming of our Lord Jesus and the resurrection!

Joan Wallace was born in 1929 and was 86 when she passed away. She had health complications; however she would always praise God even in the midst of suffering!

Her funeral service was held on the 31st of August in a small chapel where about fifty people attended.  We then proceeded to the cemetery for the graveside service where Br McCutcheon tenderly committed her into the hands of our dear Saviour!

After the graveside service, most guests went back to the church hall and enjoyed finger foods and chatted! Nothing could extinguish her hope, nothing could shatter her trust. Nothing could crush her love for God and others. May we too learn these wonderful lessons that God is trying to teach us!

She was a strong pillar in the house of God, and surely when He comes again will come to pass the saying – “Him that overcometh will I make a pillar in the temple of my God, and he shall go no more out: and I will write upon him the name of my God, and the name of the city of my God, which is new Jerusalem, which cometh down out of heaven from my God: and I will write upon him my new name.” Revelation 3:12