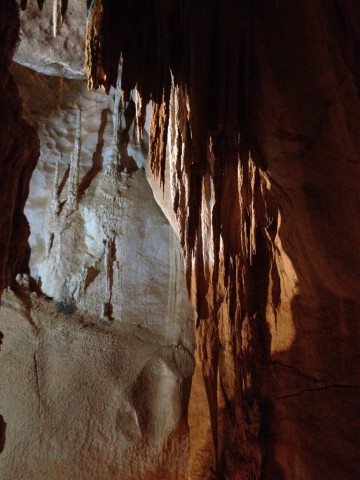 Greetings from Psalms 107: 31, “Oh that men would praise the LORD for his goodness, and for his wonderful works to the children of men!”

It never ceases to amaze me, especially in these last days as we near the closing scenes of this earth’s history, how our kind heavenly Father continues to manifest His presence among us as His people. Our recent Youth Campout at Wombeyan Caves, “Aim to Win,” Friday 2nd October, 2015 – Monday 5th October, 2015, was no exception!

Located 176 km south-west of Sydney, the Wombeyan Caves (a network of over 230 caverns) have a well-deserved reputation of being one of the country’s most attractive cave systems.

Wombeyan Caves were discovered in 1828 by a party led by John Oxley and John Macarthur. Oxley, who died later that year at the youthful age of 42, was responsible for much of the early exploration of the Southern Highlands. Macarthur, known to many as the founding father of the Australian wool industry, had accompanied Oxley in the hope that he would find suitable new grazing lands.

Nestled amongst the hills of the Southern Highlands of New South Wales, the Wombeyan Caves campground is in Wombeyan Karst Conservation Reserve, which is located within the traditional land of the Gundungurra People. The word Wombeyan coming from local language meaning ‘grassy valley between mountains’. It’s believed that Wombeyan Caves were part of an Aboriginal travel route that coincided with seasonal availability of food, and the caves may have provided reliable shelter.

Wombeyan Karst Conservation Reserve plays a special role in the conservation of some of Australia’s precious native flora and fauna. The moist forest that surrounds the park’s creeks is home to superb lyrebirds, the eastern whipbirds and flycatchers. There are birds of prey, including brown goshawks and wedge-tailed eagles. It is stated that you have to look particularly carefully to see a tawny frogmouth; their camouflage is excellent; they stay very still and upright. You might mistake them as part of the branch. A tawny frogmouth is an owl!

So on the Friday, our brethren made their way to the allocated site within the campground to pitch their tents in time to welcome in the Lord’s holy Sabbath day.

Oh! By the way, there are wombats, too. I can testify to that because after I had retired on Sabbath evening to my tent I heard Br. Joe exclaim, “There’s a wombat. . . in our camp!” He (the wombat) obviously came looking for something to eat when it was quiet. 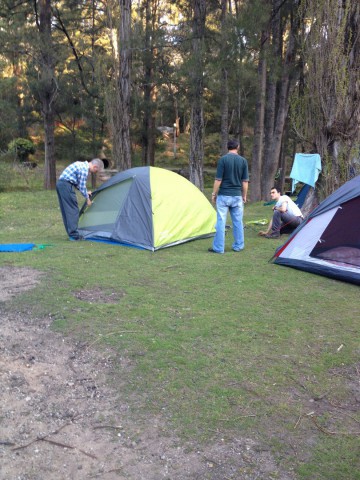 Br. Larry Ah-ching led us into the opening of the Sabbath with evening worship, followed by dinner and a huddling around our makeshift campfire as there was a shortage of timber on our first night. Nevertheless, it provided something!

Our first night being the coldest, we awoke to what turned out to be a clear blue sky. After breakfast   Br. Murray Brown and Br. Abraham Dumaguit arrived, and we all enjoyed warm fellowship together with our Lord as we participated in morning worship within the Sabbath School Lesson.

A combined lunch followed, with the arrival not too long after, of Ray and Wendy. Having enough time to clean up and for our dinner to settle somewhat, we then proceeded on a relatively easy two hour walk; round trip to Wombeyan Waterfall. The walking track provides the shade of tall gum trees, alongside vibrant green ferns and follows in some parts alongside a beautiful creek. Upon arrival at our destination, we witnessed the majestic beauty of this stunning waterfall. The rock formations were amazing. It’s absolutely marvellous how God was able to bring beauty out of the catastrophic deluge of a worldwide flood. 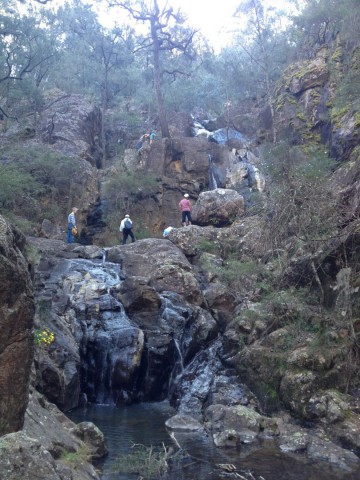 We arrived back at camp to simply relax and talk, have our tea and listen to Br. Abraham as he took the evening worship and close of Sabbath. Our campfire took on new meaning as we had an abundant supply of “fuel’ with many thanks to those who collected the timber. It was nice to sit together and share life experiences!

In the morning Br. Joe took the worship, breakfast was eaten and we proceeded to our first tour, Fig Tree Cave, which is a magnificent show cave. It is a self-guided tour which allowed us to set our own pace and to stop as often as we liked to take in the awesome cave formations surrounding us the whole way and to take photos for those who had their cameras or iPhones. We also saw some bats!

The carefully placed lighting provided an excellent opportunity to look out for the stalactites and stalagmites, the helictites and cave coral, and other beautiful cave decorations. The cool cave air made our walk a delightful experience. 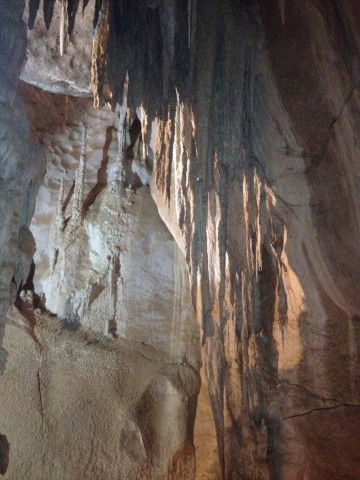 After that we waited in a grassy area until our next tour of Wollondilly Cave. This was a guided tour and our tour guide, John Mango, was just the best! He was a very delightful tour guide who had no problems socially interacting with all in our group.

Wollondilly Cave is the longest and most varied cave in the Wombeyan Caves network and stretches across an incredible five levels.

The cave walls come alive before your eyes, sparkling throughout the five major chambers. It’s remarkable to think that the pathways through the cave were created by free-flowing streams. Another wonder resulting from the Biblical account of the flood in the time of Noah!

After a big day we arrived back at camp to have our lunch? Well, meal, as it was about 3:00pm. So we were really looking forward to it. In fact, it was a barbecue with Br. Larry as head chef!

After finishing our much needed meal, Br. Domenic lead the evening worship revising what we had learned throughout the camp. 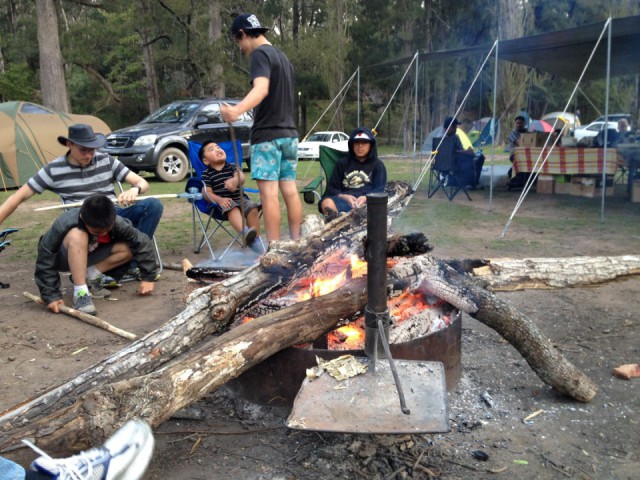 After that, the majority of us made our way home, while others remained to view the caves on Monday.

Next to God, a big thank-you to Br. Larry and Sr. Tanya, who put in a lot of hard work organising such a great camp! I can say with confidence that it was enjoyed by all. And we look forward to many more to come, God willing!