After driving through some heavy rain and through a hailstorm just outside Wagga Wagga, we were wondering what kind of weather we would have to face over the weekend. But as we got closer to Coleambally, God truly blest us with such amazing blue skies, not even a small cloud was to be seen. All present witnessed a gorgeous, colourful sunset which was followed by a very clear, starry night, making each feel the bite of a cool, autumn country evening. 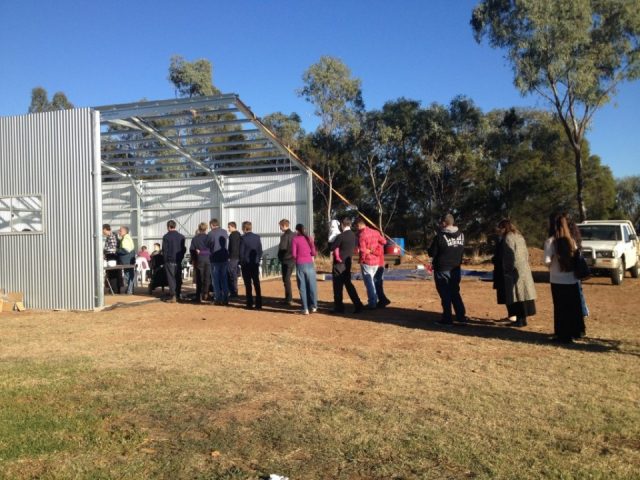 Around one hundred and fifty happy faces found out about their sleeping arrangements; some slept in Mary and Robbie’s home, some camped in tents on their property and others were divided and accommodated in homes of various other Wiseman families. It was then time to prepare for the Sabbath.

The Wisemans hired a large marquee where the meetings took place; we tried to imagine how people in old times attended camp meetings in a large tent. The opening of the Sabbath was taken by Abraham Dumaguit.

A very welcome meal followed. This consisted of delicious hot soups, bread, spreads and salad. Thank you to the wonderful people involved in preparing and organising all the meals throughout this camp.

Sabbath morning worship was taken by Daniela Balarezo. We are to build on a sure foundation – “God is love” is a gift of grace to each one who accepts it. Breakfast was then served. 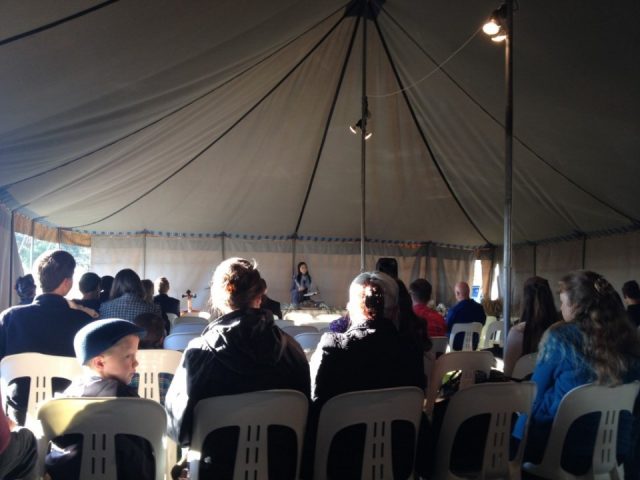 Sabbath School was taken by Benjamin Fuenzalida and Guerlyne Ganthier. The children had their own separate meeting. The review lesson, entitled “God’s Purpose for His Church”, was taken by Jared Chapman; he finished off with a beautiful poem that he had written. We then separated into different classes and studied the lesson for the day, “The Mission of the Church”. The adult class was taken by Roxanne Fountain, and the two youth classes were taken by Elisabeth Balarezo and Cameron Thiel. The following thoughts were emphasised:
• We should be as rays of light reflecting Jesus in this dark world
• Our mission is to preach to the world; and if we must, then use words.
• Let our light shine.

Favourite hymns of praise were then sung to the Lord until the youth classes rejoined us in the marquee.

Divine Service was taken by Serban Ionita on the “Value of a Soul”. Serban started off with the parable of the lost sheep and the love that the Shepherd had for that sheep. It was at the cross that love was ultimately revealed. By Jesus’ ultimate sacrifice, the serpent’s head was crushed. At the end of Divine Service, Serban made an appeal to all who would like to respond to God’s great love to come forward, and a special prayer was offered in their behalf. After the divine service a delicious Mexican-style lunch was served. 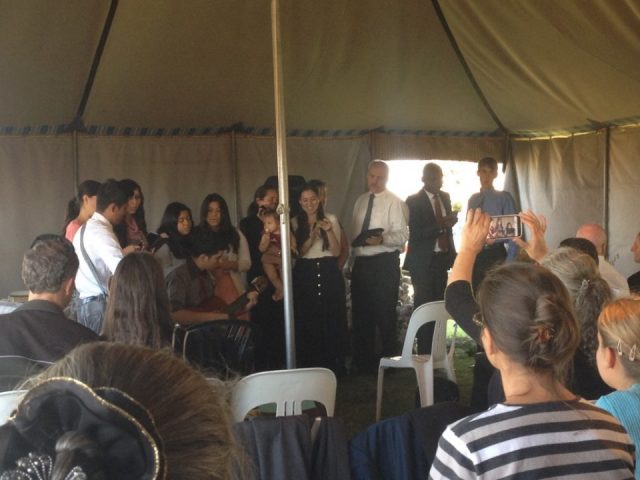 Young People’s meeting: what a blessing it was! We had such a full program, which included as many multicultural items of praise as the people they represented; these items were sung in a number of languages: Australian: “All O’er the Land”; Spanish: “Mas Alla Del Sol”; Portuguese: “Abre-me Os Olhos”; Romanian; Samoan: “Faafetai I le Atua”; American: “The Circuit Riding Preacher”; Hungarian: two items; Jugoslav: “Bog Je Ste Ljubav”. Other items included a quiz taken by Lawrence Hake and Guerlyne Ganthier; a duet sung by Adriana Stefanescu and Jade Wales; an organ item by Telitha Whitaker and a poem by her brother; an activity by Elisabeth Balarezo, “Are You converted?”; a singing item by Elisabeth, Daniela and Benji, “Jesus banished all my fears” (the lyrics were written by Elisabeth, and the music was composed by Benji); an EMC male item “Come thou Fount of Every Blessing”; a practical demonstration of how Jesus can make us clean (using coloured water turning clear), by Abraham Dumaguit; an instrumental item; and a touching poem done by Jared Chapman, where he wrote of his own personal experience, which I would like to share:

My Story, By Jared Chapman

Will you give your heart away?

It all started a while ago, back one day
I don’t know why, but I forgot to pray
One day led to another as time went on
One minute later five years had gone.

I became lost, numb to sin
By numbing my conscience from within
The evil in this world began to seem fine
The good and bad seemed to rhyme.

I was caught in an illusion
Surrounded by never-ending confusion
It all started by playing with sin
Ignoring that small voice from within.

The voice slowly disappeared and went away
As my conscience and heart began to decay.
I was stuck, caught in the in—between
I was lukewarm, though I had not seen.

The strongest sermons could not awaken me
I became baptised, but still could not see
Numb to the fact that my faith was weak
My loving Saviour I had forgotten to seek.

Instead I turned to the pleasures of this earth
But still never finding a sense of true worth
I searched for happiness as I watched it disappear
Confusion filled my mind, nothing was clear.

The close friends I made never believed in Christ
I gave them my time as they slowly changed my life.
I continued to change as I copied their behaviour
Not realizing I was slowly letting go of my Saviour.

But I was unaware this change was happening inside
As my love for spiritual things slowly withered and died.
Even though I didn’t want to, I still went to church
I just couldn’t bear to see my parents broken and hurt.

One day my conscience started to awake
I realised that Jesus I had come to forsake.
I no longer desired to spend time with Him, I lost the thirst
It all started gradually over time by putting other things first.

I realised it was me who crucified Him and nailed Him to the cross
I realized without His sacrifice, I would have been lost.
I asked for forgiveness, He forgave my sin
He gave me the desire, the peace within.

I then made the choice to put Him first above all
I started listening to that voice, hearing each call
I put Him first, at the start of every day
I read the Bible, I remembered how to pray.

Every day I live is a struggle, a fight
A conflict, a war between wrong and right.
It doesn’t matter how hard I try or what I do
I know only God’s hand can pull me through.

God can change your heart too
He has the power to make all things new.
He longs to comfort and bring your soul rest
He desires to dwell in you and be your guest.

Today He is knocking at the door of your heart
He longs to be one, never to drift apart.
It all starts by listening to your conscience, that still small voice
Sin may have taken you captive, but freedom is a choice.

The time is coming when you will fade away
When you stand before your Maker, what will He say?
“Well done thou good and faithful servant, enter into the joy of the Lord”
Or “I know you not, for throughout your life I have been ignored”.

Today Jesus has offered you freedom through His sacrifice on the cross
He gave up His life that you might not be lost
He stepped down from heaven to die on this earth
To show you, how much you’re worth.

Today Jesus is pleading to you with His voice
He reaches out to everyone by giving the choice
The day of your salvation, peace, fulfilment and happiness is today
But first Jesus asks, Will you give your stony heart away? 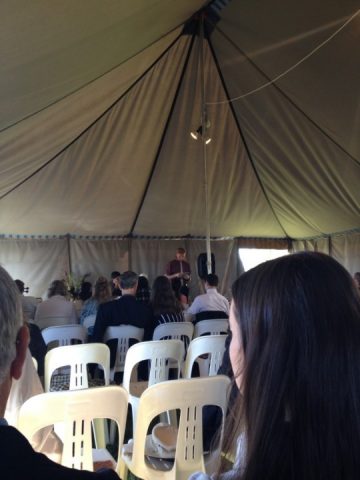 Dinner was served immediately after the closing of Sabbath meeting, “The Truth Through the Pioneers”, which was taken by Larry Ah-ching. All then gathered around a very large and powerful bonfire and enjoyed the warmth which it radiated. 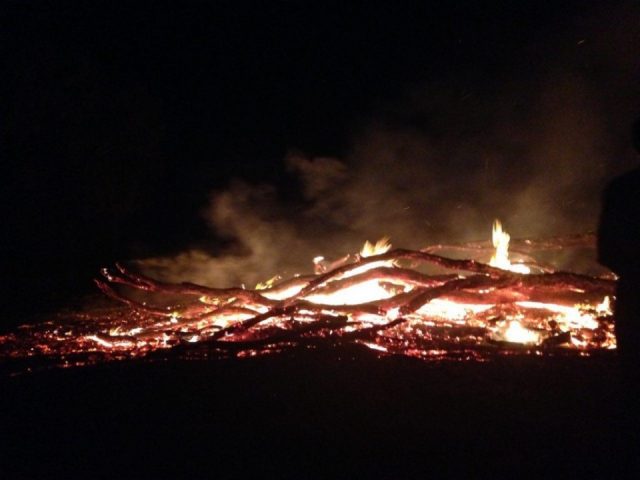 Sunday morning’s worship was extra early due to our planned outing to Altina Wildlife Park. Jade Wales took the worship study about God’s unending love. God wanted to teach the prophet Hosea in a practical way His patience, endurance and love to the human race.

All those who attended the outing had a wonderful time. The wildlife park caters for guests by taking them in horse-drawn wagons in order to see exotic animals living in large open-styled enclosures; people can sometimes experience the feeding of these animals. Some of the animals seen were: lions, giraffes, zebras, antelopes, rhinos, camels, etc… 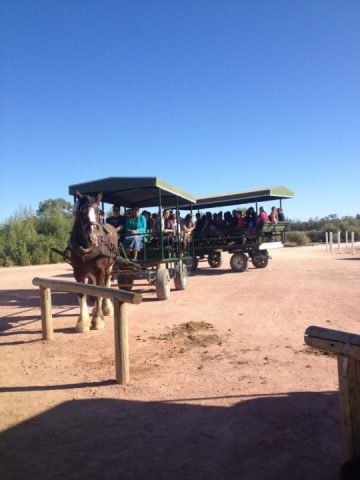 The wildlife park runs horse-drawn cart tours which last about two hours. Our group “The Coleambally Youth Group” was divided into two. One group took the earlier tour on the horse carts while the other group walked through the smaller enclosure section of the park, which included the crocodiles, monkeys, red pandas, etc. Then the groups swapped over. 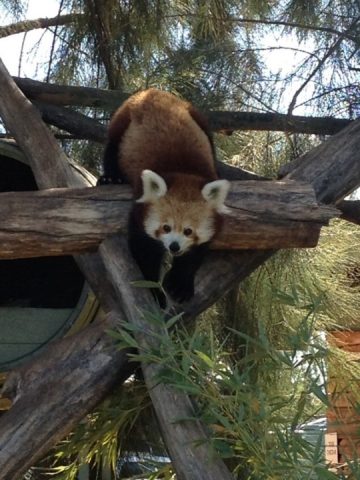 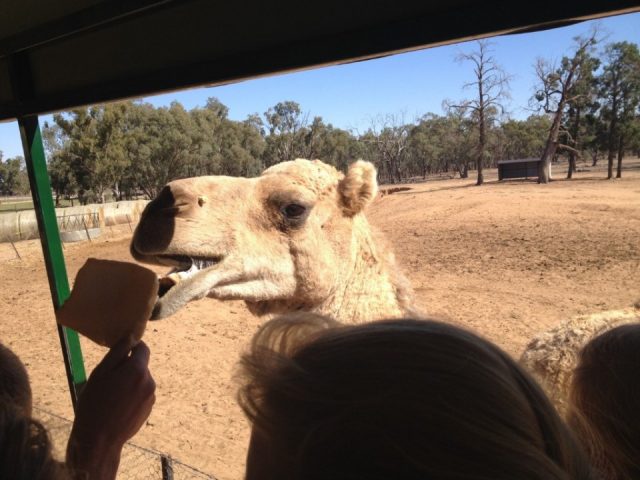 At the end of both tours, everyone was looking very much forward to lunch. We drove to a beautiful quiet place by the edge of the Murrumbidgee River, amongst some majestic River Red Gums while listening to native birds serenade. There we enjoyed delicious fresh bread rolls with salad, Nutolene and Nutmeat patties. What a beautiful place to spend some time together relaxing. 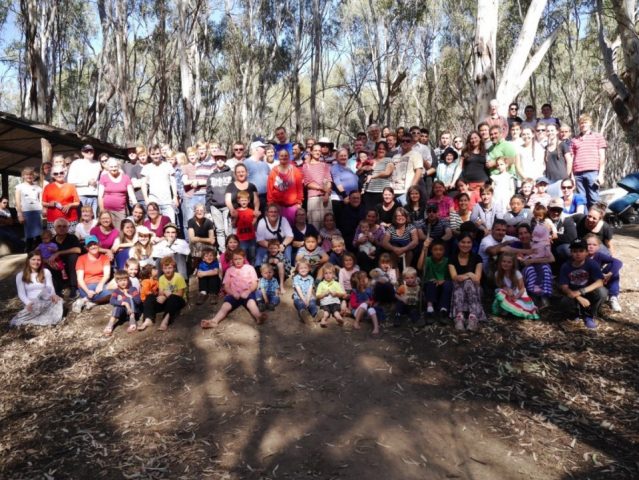 Soon it was time to pack and return to the Wiseman’s property for some further activities. Some of the people, including the bus to Sydney, packed and headed back to their homes.

The evening meal was served and evening worship was taken by Sam Wiseman, about being a pioneer.

Monday morning’s worship was taken by Herold Etes, and then the rest of us packed and also left the Wiseman’s. The weekend seemed to end too quickly.

Firstly, we are very thankful to God for His many blessings, protection, and the privilege to fellowship together. We thank the youth department for organising this event and all those who worked so hard in making this weekend such a blessing. We especially thank the Wiseman families for their hospitality, for the food that was prepared and for their happy and relaxed disposition. It’s always a wonderful blessing to spend time with them.

May God bless each one who attended, and may the thoughts and messages expressed be treasured in each heart, causing us to have a closer walk with the Lord.