We extend our condolences to the family of Brother Keith Durham. May God comfort each one of you.

“And I heard a voice from heaven saying unto me, Write, Blessed are the dead which die in the Lord from henceforth: Yea, saith the Spirit, that they may rest from their labours; and their works do follow them.” Revelation 14:13.

“But I would not have you to be ignorant, brethren, concerning them which are asleep, that ye sorrow not, even as others which have no hope. For if we believe that Jesus died and rose again, even so them also which sleep in Jesus will God bring with him. For this we say unto you by the word of the Lord, that we which are alive and remain unto the coming of the Lord shall not prevent them which are asleep. For the Lord himself shall descend from heaven with a shout, with the voice of the archangel, and with the trump of God: and the dead in Christ shall rise first: Then we which are alive and remain shall be caught up together with them in the clouds to meet the Lord in the air: and so shall we ever be with the Lord. Wherefore comfort one another with these words.” 1 Thessalonians 4:13-18 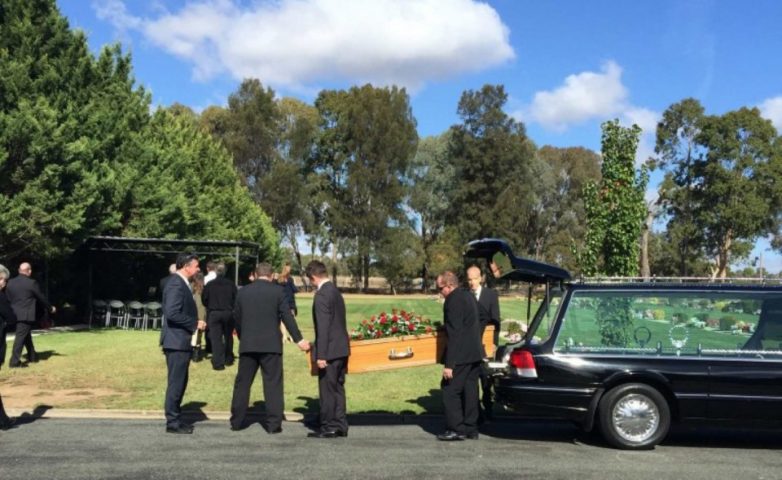 In Remembrance of Keith Durham

With sad hearts, family and friends of the late Brother Keith Durham attended a Service of Thanksgiving held at the SDA Church in Wagga Wagga on Wednesday, 4 May 2016. Br Keith was born in 1933 and bred in the Western New South Wales district of Temora. He spent most of his younger life on the farm, as well as being a champion shearer.

In the year 1960, Keith chose to travel the world on a shoe-string budget and worked his way through England and Africa. After twelve months away, he was happy to return to his girlfriend. Keith had waited almost 5 years for June to reach the mature age of 21. Keith and June attended the local Lutheran Church and had a strong faith in God. Five children were welcomed into the family. They are all thankful for loving parents who taught them to fear God and love God’s Word. In 1981, Keith and June moved into Wagga Wagga where they could be closer to their grown family. Keith took on the business of carpet cleaning, which he worked at for over 20 years. Keith was a keen gardener and especially loved to grow his favourite flowers – red roses. These were often picked and brought into the house as a token of his love and appreciation for his wife.

Due to Keith’s keen interest in Bible study, he found his way to the Seventh Day Adventist Reform Church. He was baptised in 1994 and was a very faithful member of the Uranquinty Church. He willingly gave of his own time to do maintenance each week to the church and church grounds. He also accepted to conduct the Sabbath School and Divine Services for many years as there were not many to fill these roles in a small church. Keith loved reading and books and also organised the Uranquinty Church Library.

A series of heart attacks in April weakened Keith until he passed away on Thursday, 28 April, 2016. We thank God for Keith’s faithfulness and trust his influence will live on.   We look forward to meeting Keith on the resurrection morning when Jesus comes to claim His own.