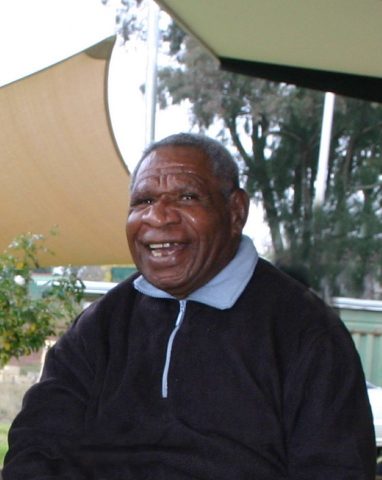 Robert Tapendo was born in Kasoru Village, PNG. Since no one knows the exact date when he was born, at the time he immigrated to Australia they made up a birth date. The official legal birth date found in his passport is 27th July 1947; but it can be safely assumed that when he passed away, he was a lot older than what was stated on his passport.

There is not much known of his early childhood or young life. It is understood that he has family back in his village, and he did keep in close contact with them. Right up to the time when he passed away, his desire was to take the truth to his family and build a church in his own village in PNG.

Seeking better opportunities in life, early in his adulthood, Robert moved to Hanuabada Village in Port Moresby. There he lived with a family who adopted him as their extended family; he inherited many more brothers, sisters, aunts, uncles, cousins, nieces and nephews. While living with them, Robert spent many years working in the family business of coffin making. Rumor has it that Robert used to enjoy sleeping in a coffin! He also ran a shop and was a truck driver, navigating the highways of Papua New Guinea. One of the daughters of this family married an Indian gentleman by the name of Danny and moved to Australia.

It was Robert’s desire to also move to Australia in order to find a more peaceful place to live. In 1989, Danny and his wife were influential in bringing Robert to Australia. From 1989 to 2004 Robert lived with them and worked for their company as a delivery man delivering goods for Woolworths. Robert became an Australian Citizen on the 20th July 1998.

All those who knew Robert found him a happy, quiet and easy-going person. Robert had a smile irrespective of what the situation was. He understood the value of family, friendship, love and religion. He loved God with all his heart and was always happy to share his Saviour with those around him. Sometime after Robert moved to Australia, he came in contact with the Seventh Day Adventist Reform Movement and became a member, attending the church then situated in Auburn.

Young Robert enjoyed playing pool, rugby league and swimming. He was also a very generous person, always willing to give and share whatever he had (and what he didn’t have) to help anyone who was in need, whether the need was financial or a place for them to live. Robert was a social person and loved to travel and attend as many conferences and activities as he was physically able to. In September 1999 he travelled to Samoa; then in May 2001 and June 2002 to PNG. The 2002 trip to PNG was a very special trip, as he was thrilled to be able to go together with some of the Australian youth to attend a youth camp in Manam Island, PNG. Later in September 2010 he also travelled to Fiji for a youth convention. 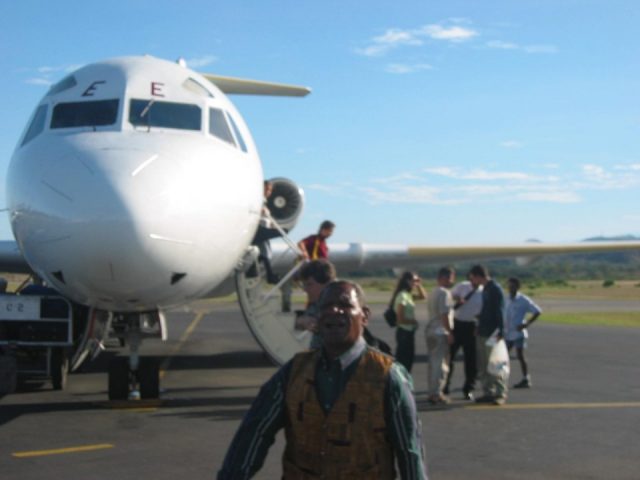 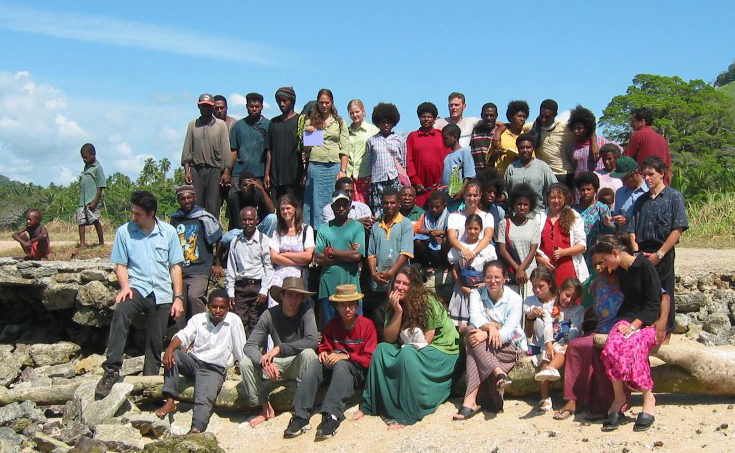 Each Sabbath morning, Robert looked forward to coming to church and fellowshipping with his fellow believers at the Schofields Church where he was a member.

Late in his life, Robert suffered a number of strokes and survived them all. This made his life quite hard, but he continued through his struggles and wanted to stay at his residence and still be independent.

During February this year, Robert had problems with his knees and was admitted to Nepean Hospital; sadly, since then his health slowly deteriorated. Not being able to care for himself any longer, a place was secured for him at the Adventist Aged Care in Kings Langley, where he chose to go. Not long after he moved there, he again had some serious health problems and had to be taken to Blacktown Hospital. After returning to Kings Langley, he never fully recovered. On the evening of Thursday, 28th July 2016, Robert fell asleep in Jesus. We thank the staff of the Adventist Aged Care for their continuous care and devotion towards Robert. 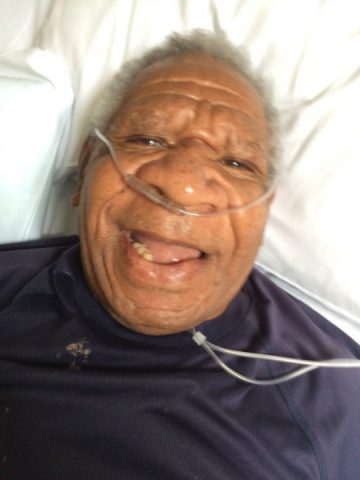 A Memorial Service was held at Schofields Function Hall on Sunday 7th August, 2016 at 4:00pm. Some of Robert’s family, his neighbors, together with friends, brothers and sisters in Christ, were able to come and farewell Robert.

Opportunity was given to those who would like to share their memories of Robert to come forward. Monica Balarezo, Domenic Polistina, Ivan Ilic, Alan Watkinson, Ray Foaese, Angela (an SDA lady who delivered bread to Robert), and Ali (Robert’s neighbor) all spoke of the happy times and the experiences they had with Robert.

“‘And how shall they preach, except they be sent? as it is written, How beautiful are the feet of them that preach the gospel of peace, and bring glad tidings of good things!’ Romans 10:15.

My experience going to Papua New Guinea was easily one of the best, and I believe that one of the reasons for this was because of the beautiful people we befriended. A large group of young people and my family arrived to this beautiful but primitive country in order to have a Youth Convention and to help the people as much as we were able to. Among the people who attended the convention was none other than Br. Robert Tapendo. I remember Br Robert as an enthusiastic and a valuable member of our group who was our translator, guide, who helped us make many connections and contacts that helped forward our work. In his quiet manner, Br Robert demonstrated his love for the truth, and in his eyes one could see his joy and happiness that came with being able to share the message with his own people.

I thank the Lord for the time we had to work together in Papua New Guinea and for the privilege to have known Br. Robert. We all have been given the gift of time with which we must work for others, spreading the Word of God; and when we work together, we can be assured of much greater success as each person takes their share of the load. Br Robert was a great blessing to us on that trip, and I believe that through his work in his home country, many souls have been reached.” 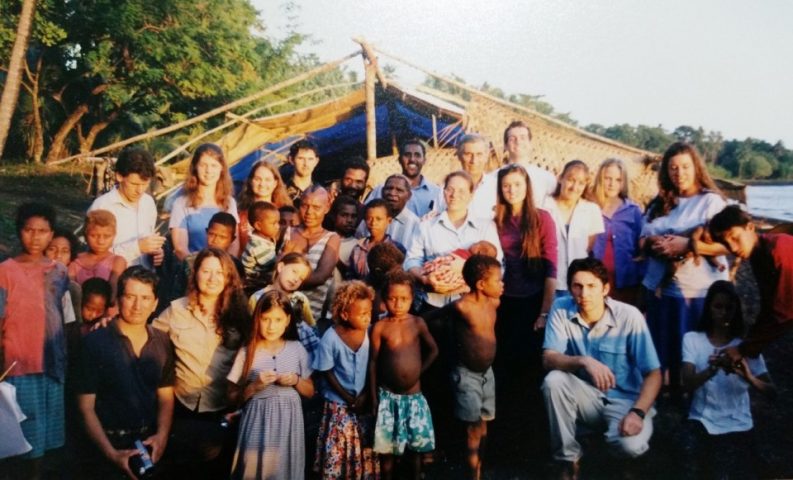 An item “When we all get to Heaven” was sung by a combined group; then a photo presentation of Robert’s life followed. Brother Larry Ah-Ching took the message of hope.

In conclusion, we sang the hymn “Amazing Grace”, and Brother A. C. Sas closed with prayer. All who were present were invited to stay for some light refreshments after the memorial service. It was really nice to be able to meet and talk with some of Robert’s family and friends.

The memorial service can be watched on YouTube: https://www.youtube.com/watch?v=8dWWKMWYiTs&feature=share

Robert will be remembered by his big smile. We look forward with hope to the great resurrection morning when Jesus will raise His faithful people to meet Him again!

“For if we believe that Jesus died and rose again, even so them also which sleep in Jesus will God bring with him. For this we say unto you by the word of the Lord, that we which are alive and remain unto the coming of the Lord shall not prevent them which are asleep. For the Lord himself shall descend from heaven with a shout, with the voice of the archangel, and with the trump of God: and the dead in Christ shall rise first: Then we which are alive and remain shall be caught up together with them in the clouds, to meet the Lord in the air: and so shall we ever be with the Lord. Wherefore comfort one another with these words.” 1 Thessalonians 4:14-18.