Families, friends and believers gathered to welcome the presence of the Lord for this very special gathering. The program was launched with the opening meeting by Paul Chapman (newly elected President of AUC) – “When the Storm Winds Blow”.

The topics dwelt upon were a little unusual at this conference, in the sense that the organisers didn’t allocate them, but left it up to the speakers to share something that had been an “anchor” to their soul throughout the year. Amazingly the topics connected in a manner that perhaps could not have been better constructed. The titles of the meetings were:

We felt the Lord was speaking to us through the subjects presented. There was ongoing discussion throughout the camp upon the topics. Especially did the subject of justification by faith stir up an exchange of dialogue that we felt challenged us to a deeper understanding of this vital truth. 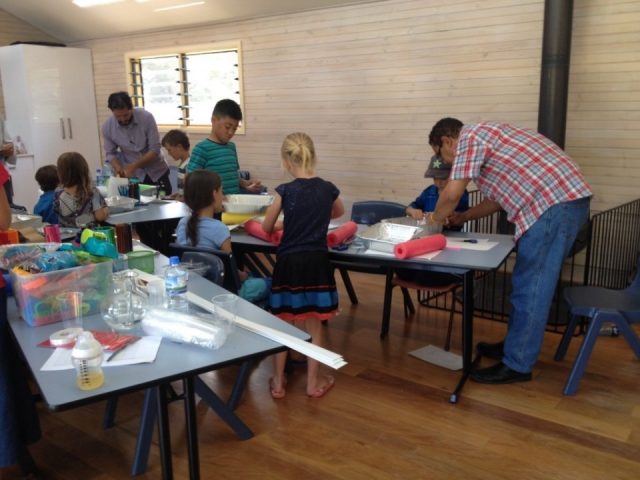 Simultaneously, there were children’s programs catering for children of different ages. Sisters Amy Gules and Lidia Voncina took the 0-3-year-olds, Sisters Diana Szabo and Catherine Robles took the 4-7-year-olds, and Brethren Gerson Robles and Luke Kneebone oversaw the 8-12-year-olds. It was wonderful to see such a large number of children present, about a quarter of the registrations were children under 12.

We are always very appreciative of our wonderful kitchen co-ordinators; this time being Sisters Esther Boje and Ecaterina Szabo, who have done a wonderful job in preparing delicious vegan meals. Also, Sister Esther Wiseman co-ordinated those with special dietary needs.

Many thanks is also extended to all those who had responsibilities and embraced them, doing such a wonderful job!

All meetings were recorded and are now available on DVD, including the Youth Meeting (2 DVD’s). Alternatively, the sermons can be viewed on our sermons website: http://raindrops.sdarm.org.au The Youth Meeting can be obtained only by ordering the DVDs.

For your information, below is a list of the new officers for the Australasian Union Conference, who will be serving during this three-year’s term: