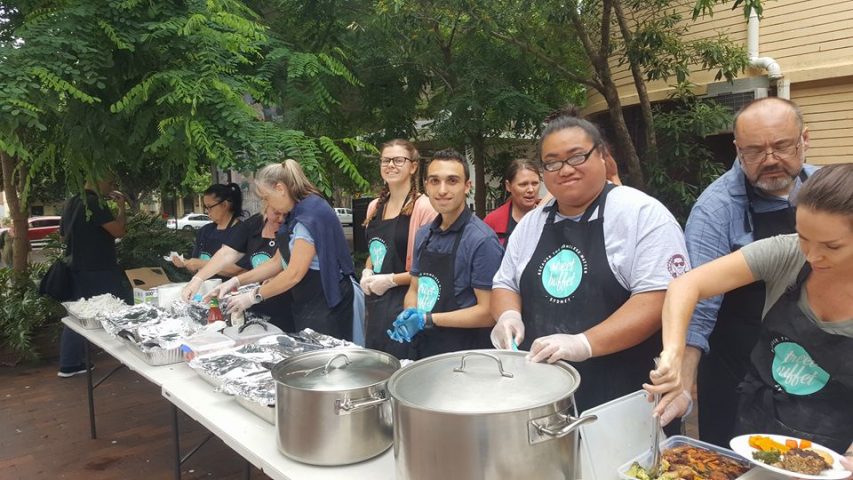 At 12:00noon, on the 27th of November, a group of eager helpers met together at the Schofields church kitchen. They were all enthusiastic and ready to start preparing food which was to be served to the homeless that evening. Once the food was cooked, it was then transported to Woolloomooloo in the heart of the city of Sydney, where it would be given out. 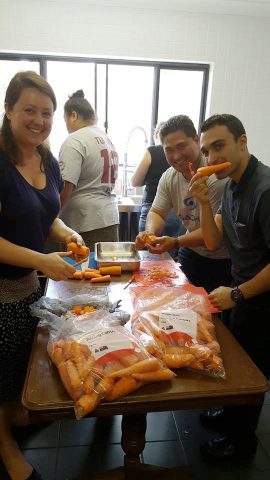 The food had to be at Woolloomooloo by 6:00pm to have time for setting up; then the serving started at 6:30pm. There were approximately 158 very thankful people who benefited from the meal, and many made a comment that it was so lovely to have some veggies, as their normal meal has of lots of meat and not many vegetables.

The plan is to do this ministry once a month.

The organisers of ‘Street Buffet’ were very appreciative of the work we were able to do and the food donated; they posted a ‘thank you’ note on the Street Buffet Facebook page:

“A special thank you to the team from seventh-day Adventist in Schofield for coming along today and bringing a feast and plenty of smiles. Today we were in full swing serving 158 people in Woolloomooloo. It was beautiful seeing the entire team having hands on deck….as the old saying goes and the photos show ‘many hands make light work’”

Most Monday evenings, Br Larry Ah-ching and Sister Daniella Balarezo have been helping with the feeding of the homeless in Penrith. While there, they have been able to give hope to some of the people whom they met and were able to share Jesus with.

The prayers of those who could not be present were much appreciated. May we all be a comfort to those less fortunate, and may our work lighten their burden; this is true religion in action.

“Is it not to deal thy bread to the hungry, and that thou bring the poor that are cast out to thy house? when thou seest the naked, that thou cover him; and that thou hide not thyself from thine own flesh?” Isaiah 58:7