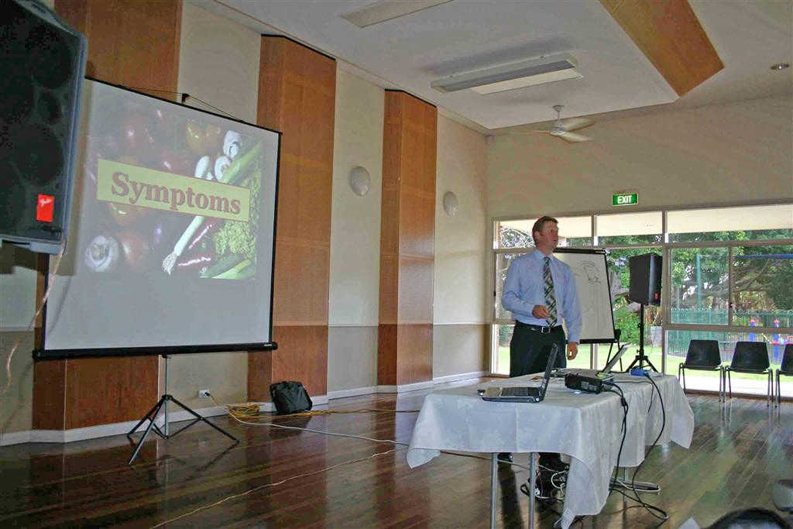 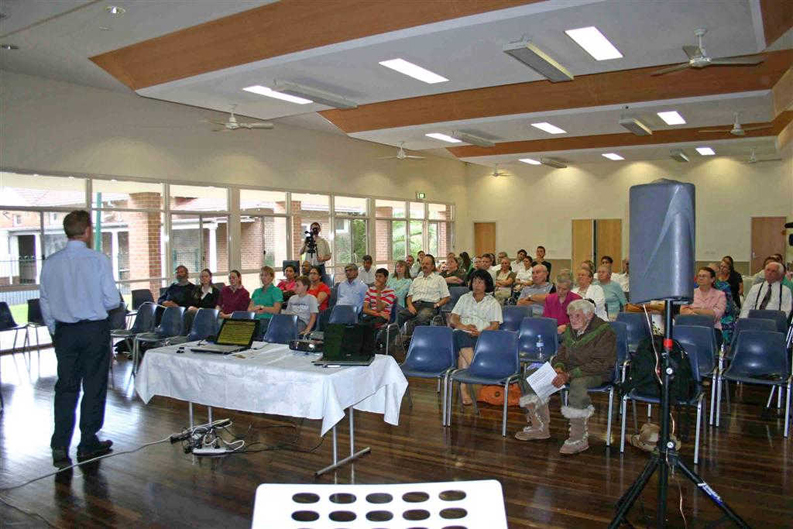 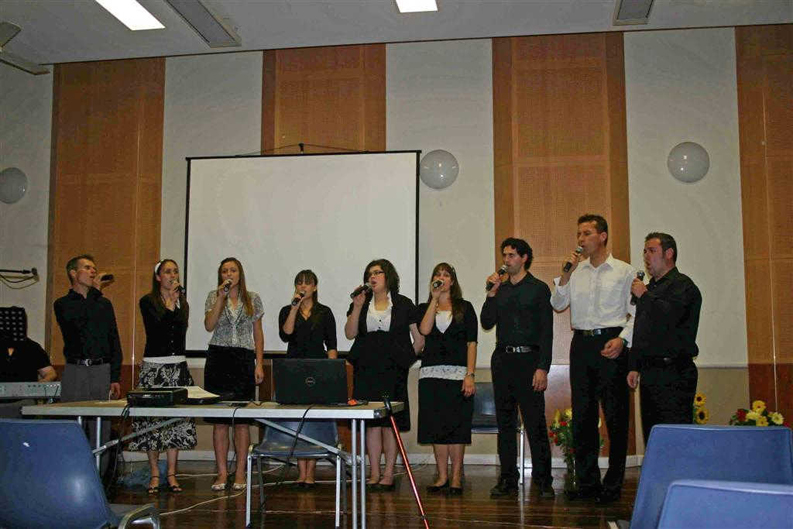 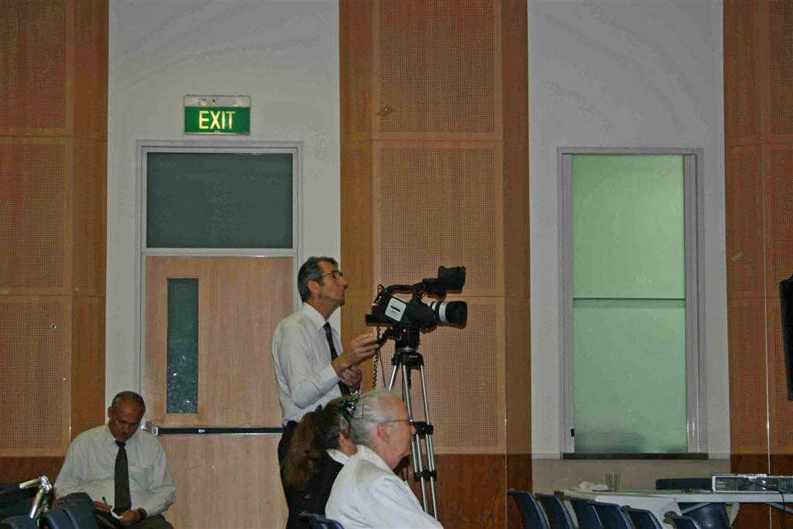 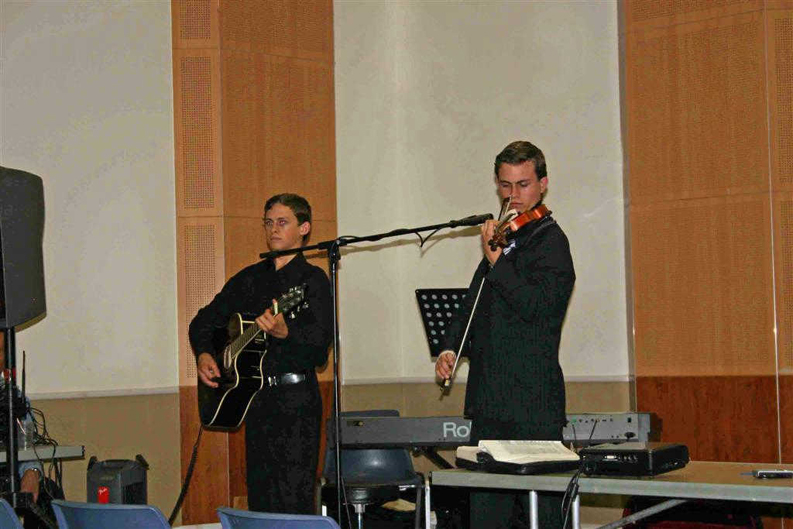 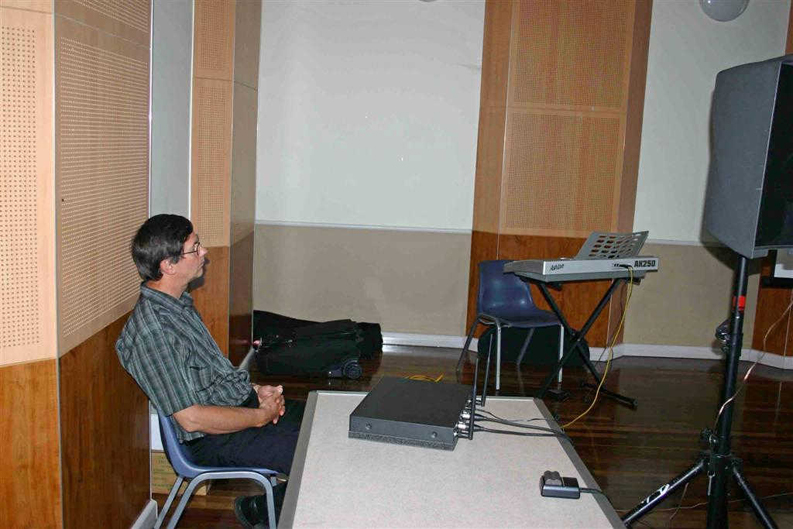 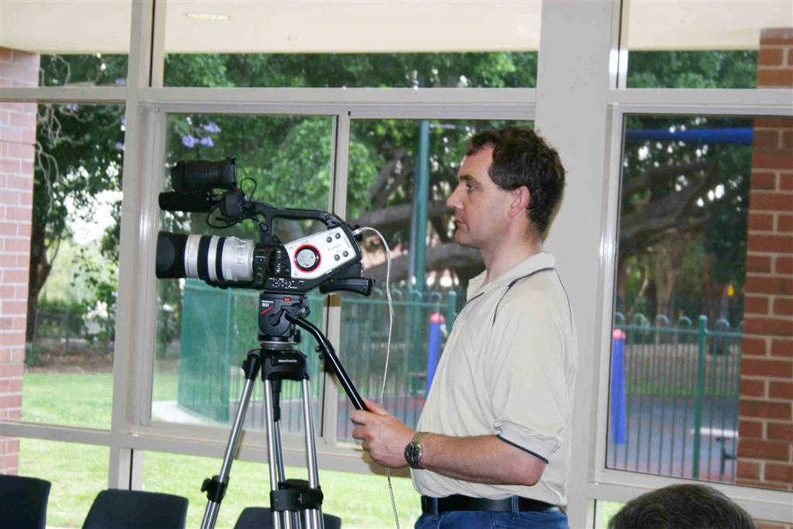 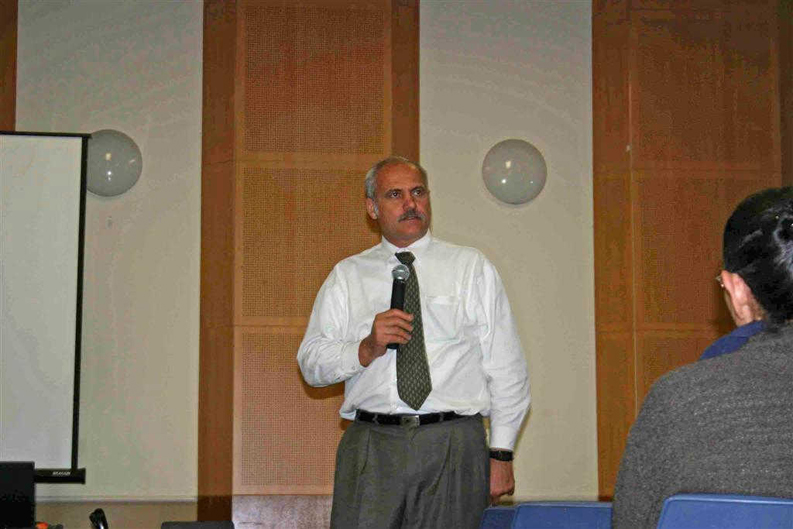 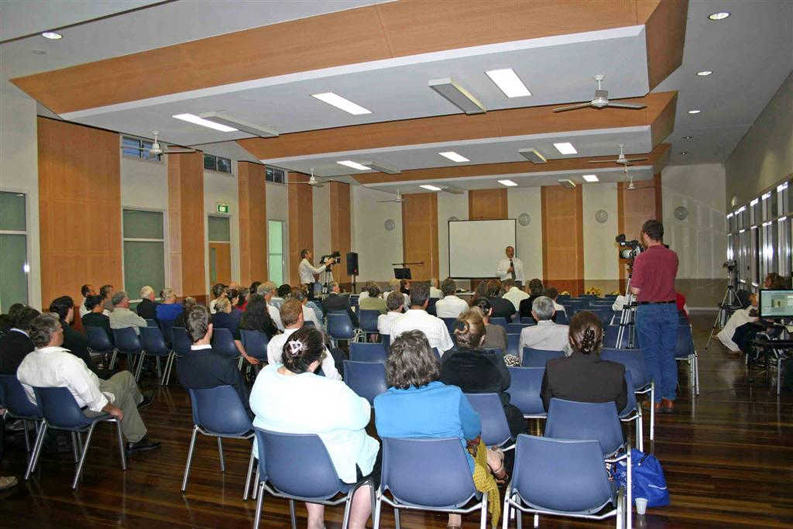 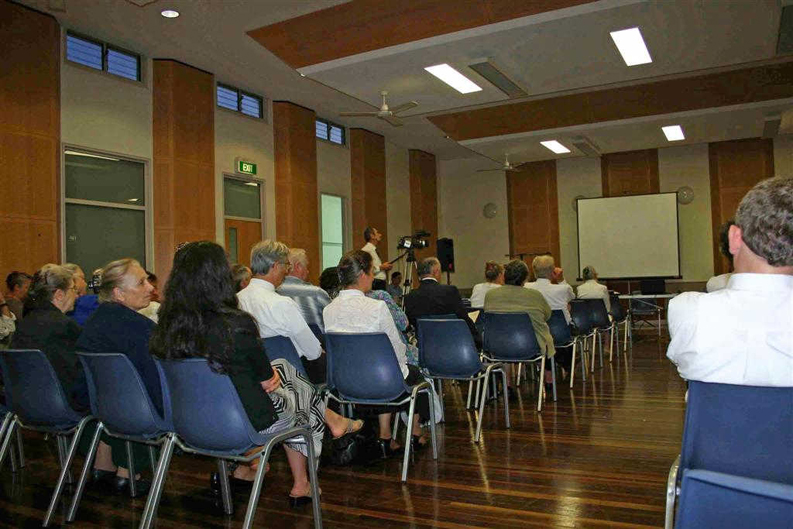 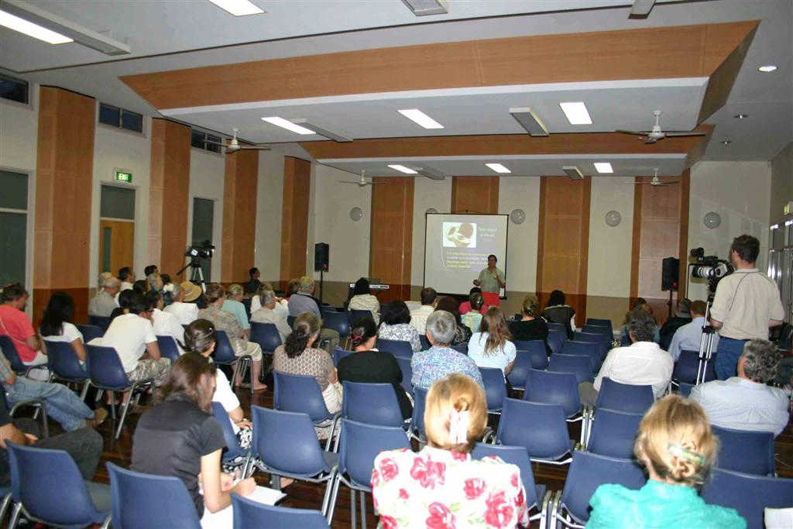 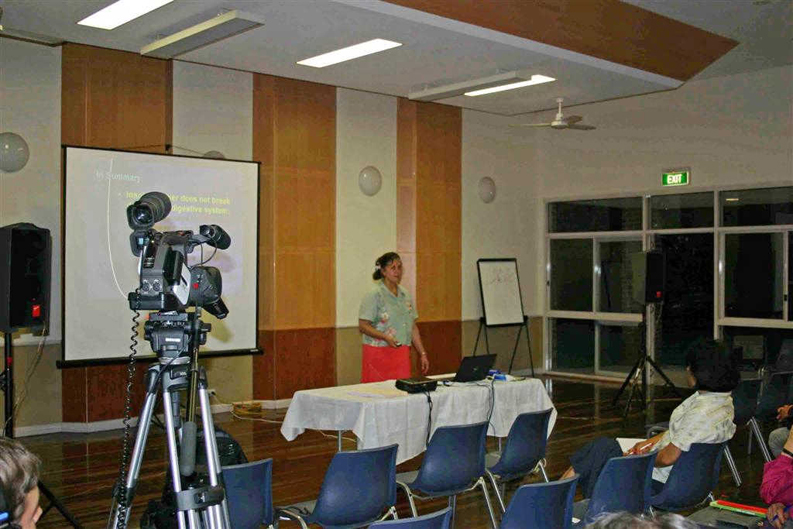 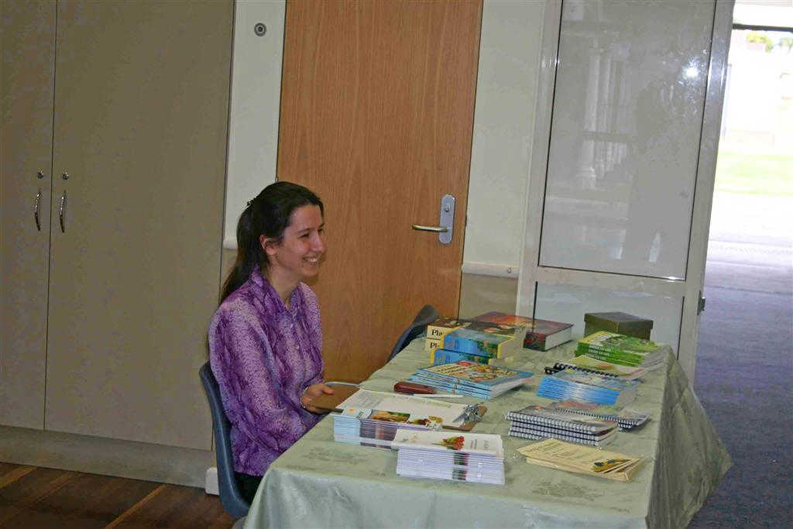 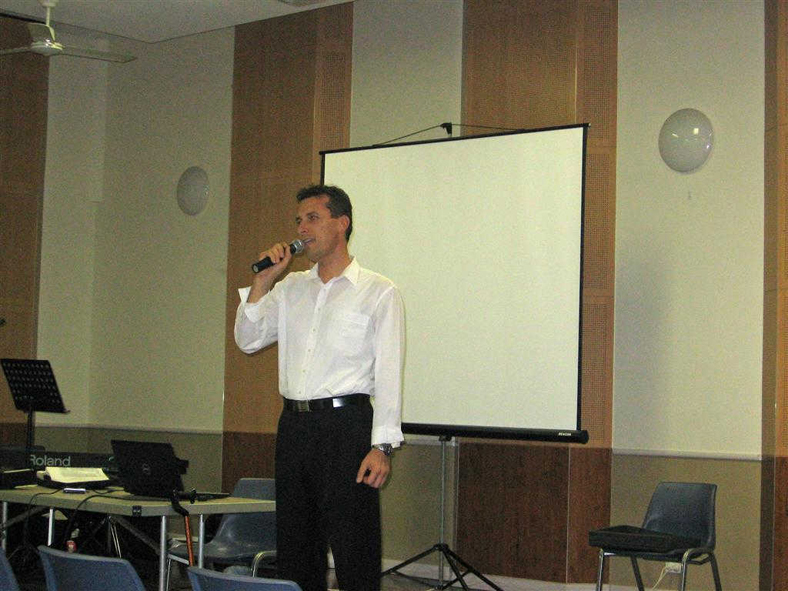 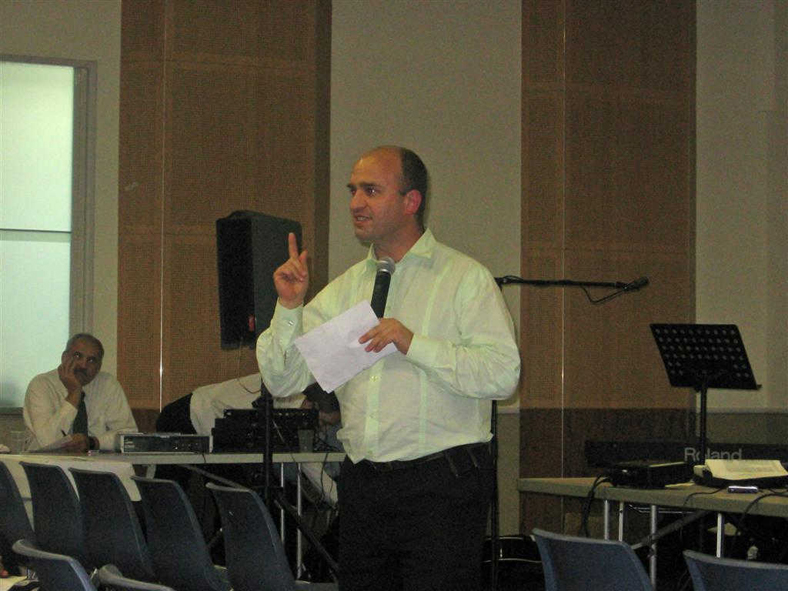 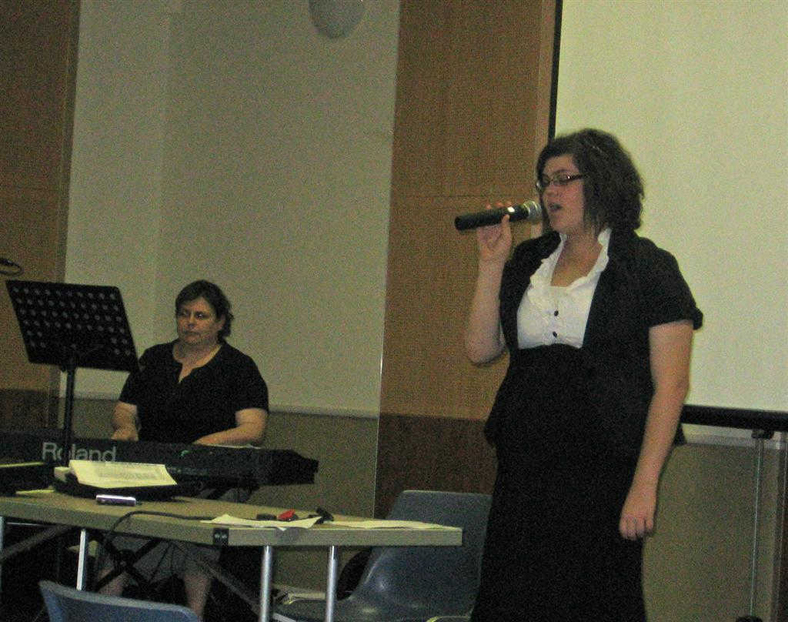 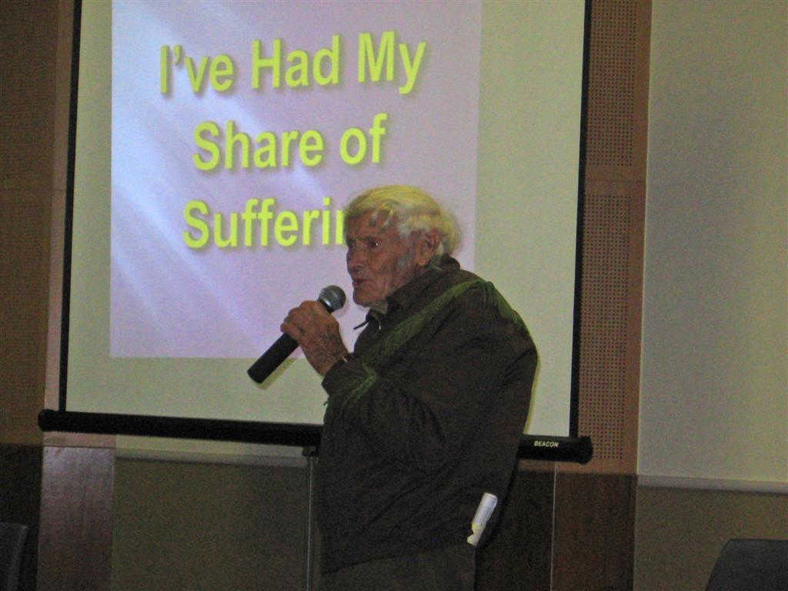 At the end of October (October 31-November 1, 2009) we held a health convention at Balcombe Heights Estate Community Centre in Baulkham Hills (Sydney). The title of the conference was "Spring into Health." We began on Friday evening speaking on the fact that children can be vegetarians under the title Veggie Kids presented by Alasdair Pow who is the Vice President of the NSW Field Conference as well as a Naturopath and AUC Health Dept. Director. He presented some of the reasons why it is best to be a vegan vegetarian. It was great to see over 80 in attendance that evening.

Sabbath was a very busy day. In the morning our meetings were held at the Schofields church and Peter D Lausevic who is the current NSW conference President and GC Vice President gave a spiritual presentation entitled Vegetarianism from a Biblical Perspective. It was great to see some of the new faces from the previous evening attending the spiritual side of the health messages. Our goal in these meetings is not to make healthy sinners but to introduce them to the God Who is the Master Designer of their health. It was also encouraging to see over 100 people present for the morning meetings. This was followed by a Vegetarian Buffet Lunch at the Baulkham Hills venue. The reason for holding it there was to be able to attract some of the newcomers with a meal. Several came to taste the wonderful vegetarian dishes prepared by the church folk at the combined luncheon.

In the afternoon we heard two health presentations. The first one was presented by Susan Lausevic who is a Colon Therapist and NSW Conference Health Department Director. We learnt how to Beat Allergies, Colds and Flu. Susan not only gave an explanation about each of the terms and how they differ but also gave practical suggestions on how to get rid of these problems. The second presentation was given by Tania Gordon who is a Massage Therapist from Merimbula, NSW, about 7 hours south of Sydney. Her topic was "Spring into Action" where we learned how we need to find more time to take care of ourselves. We counted more than 110 in attendance for the afternoon program; many were different than the ones that attended in the morning.

Saturday evening we tried something different for a health convention. We held a "healthful living" concert. Although most of the items were spiritual in nature, several were directly related to health.

On Sunday evening we had over 60 for the final two presentations. The first one was by Alasdair Pow entitled Defeating Diabetes. He presented the cause of diabetes and especially how to minimise or even eradicate type 2 diabetes through nutritional means. The second program was entitled The Miracle Ingredient by SusanLausevic. This miracle ingredient was a discussion about soluble and insoluble fibre and why it is so needed in the system. It was amazing to see how the two topics, although separately prepared, went hand in hand as Alasdair also spoke about the need for fibre in the diet.

We purchased some video recording equipment for the preparation of the missionary school online through the General Conference and decided to try the equipment out on this health convention. Although it did not work as well as we planned, we should have the DVD's of this program available soon. You can contact RLPA to get your own copy and listen to the important messages we have prepared for you.