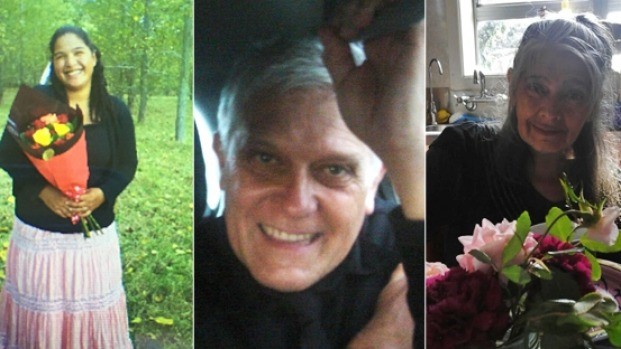 It’s with great sadness in our hearts that we send our condolences to the families of John Bayne, Cherylene Bayne and Chantelle Giles who were killed instantly, after a tanker crashed into their parked car and caught on fire on Egmont Street on Thursday the 25th February 2016.

To those who knew John, he came across as a warm, loving, and caring person, very enthusiastic, putting 110% into everything he did.  He tried to cram so much into life and lived life to the fullest. John had a fascinating way of explaining Biblical truths.  At times it was a little hard to follow, but if you listened to him carefully enough, you would be blown away with his conclusion.  He had a brilliant mind, which was always racing and racing ahead with thoughts and ideas.  Whenever he took the Sabbath Service in Auckland, he would somehow weave into the service how the KJV Bible is the only Bible we should be using.   He loved the Lord, and he also loved people.  This was very obvious to all who knew him.

John had a big heart.  He was very hospitable.  Whenever people visited the Bayne family, it wouldn’t matter how very freezing cold it was in Patea, the welcome was always very warm. They had a full house, but there was always room for more.  Cherry also lived with John and was well loved by those who knew her. 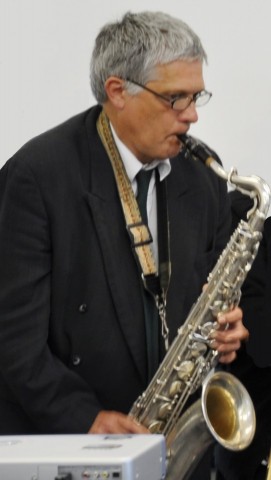 John loved music!  Whenever he was in Auckland he would bring his saxophone and join in with the young people with their instruments.

John will be greatly missed, and we look forward to the day when we are all in heaven.

Chantelle Giles was a very happy, bubbly and sincere person. Noeline and Ray Nilsson (Chantelle’s grandparents) raised her since she was just a toddler.   Everyone who knew Chantelle loved her joyful company and will miss her special ways.

Chantelle and Raphael Giles were married for about 12 months; they met at our church in New Lynn, Auckland four years ago.   They came to Patea only just a few days before the accident, looking to make a fresh start in life. 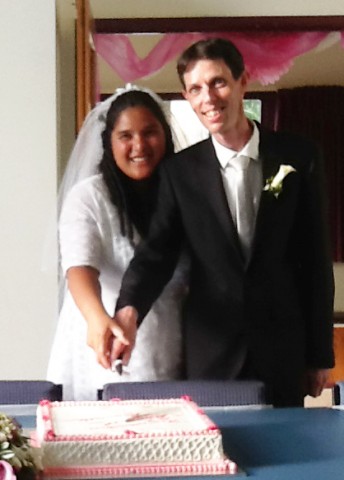 Raphael is in shock. He said that he does not know what he will do without his wife; that she was one in a million, a caring, kind and thoughtful person.

May God be with all those who are mourning at this time and give them comfort.

* Scott Bayne (John’s brother) said: “John Bayne was the leader of the family and he generally had the last word for everybody.” “We’re a very religious family and we know He (God) is up there for us” and “Part of a sibling group of seven, John and Cherylene would be remembered for their friendly nature.”

“John had worked at Hawera’s McDonalds restaurant as a cleaner but was set to retire this year”, Scott said. 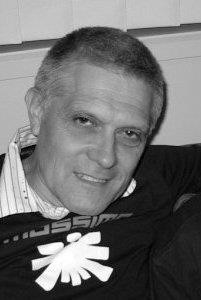 Scott described his sister as an “innocent butterfly” and said everybody he knew liked to be around her. “She just had that way about her,” he said.

He said both John and Cherylene were likeable, welcoming people who were quick to share a joke.

He said they also shared a strong bond with each other.

“They were really close,” Scott said.

He said John, who was born in Australia, had a love for music and was a church choir boy in his youth before he took up playing the saxophone.

While John was a talented musician, Scott said his brother was also well known for his acts of charity. 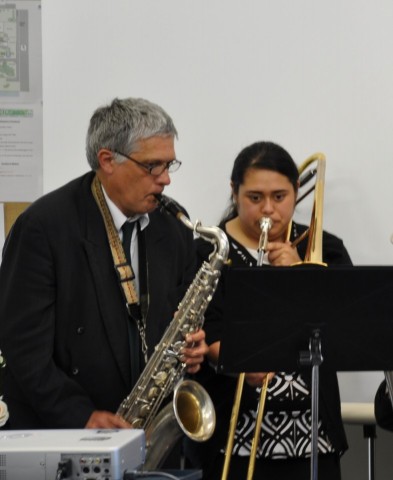 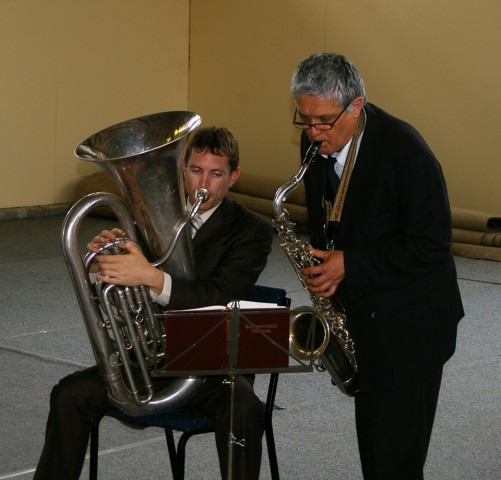 Scott said John would often give away money or property to people who needed it, and phone calls often came into the family home from people looking for advice from his brother.

Scott said the Bayne family had lived in Patea for about 15 years but were originally from Auckland.

For much of the time they lived in the South Taranaki town Scott had cared for Cherylene, who suffered from mental health problems, as well as their mother, who died a few years ago.

Family from New Zealand and Australia will come to Patea in the coming days but funeral arrangements are yet to be made.” 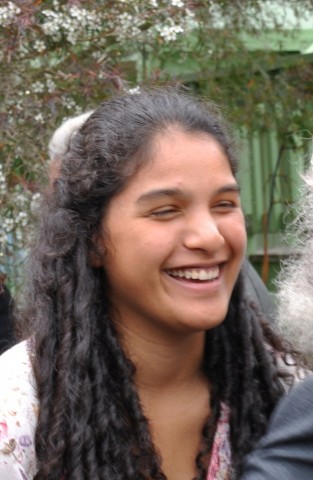 Chantelle Giles was remembered as a young woman whose cheerful nature changed the atmosphere when she walked into a room.

“She was one in a million, you wouldn’t find her in a million,” her husband Raphael Giles told about 80 mourners who gathered for her funeral at the Patea Cemetery on Thursday.

Chantelle, 22, was killed a week ago, along with close friends John and Cherylene Bayne, when a tanker collided with the car the trio were in on Patea’s Egmont St.

Chantelle’s husband described his wife as sensitive, yet cheerful, and the type of person everybody warmed to.

“She loved animals and she loved people. She was very gentle and calm and never impatient with me,” he said.

“I miss her terribly. I don’t really want to face things without her.”

Chantelle’s beloved piano was brought on a trailer to the service and the crowd sang hymns while pianist Anneli Kingston played. 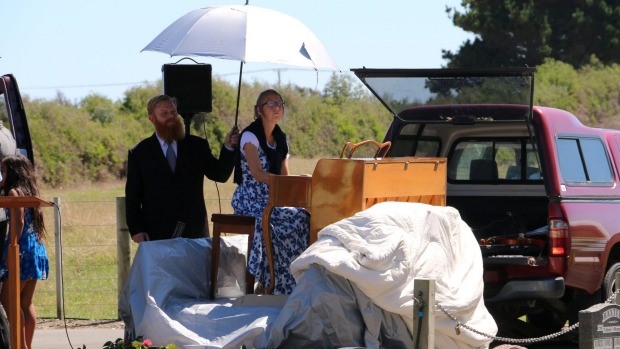 As each speaker talked about Chantelle, common threads emerged of a special, happy young woman with a deep love for her music and God.

Chantelle’s last days were happy, playing music on various instruments with John Bayne, eating watermelon as she and her husband Raphael made repeated trips from their previous home to Patea, where they had already made friends. She was always cheerful and lived each day without worrying about the future, taking one day at a time.

Her father-in-law, Owen Giles, described the months Raphael and Chantelle lived with them on the family farm. He recalled often returning from a day driving his digger to hear Chantelle playing hymns on her violin. He said Raphael, who had “moved around a bit”, was settled and happy back on the farm with Chantelle. 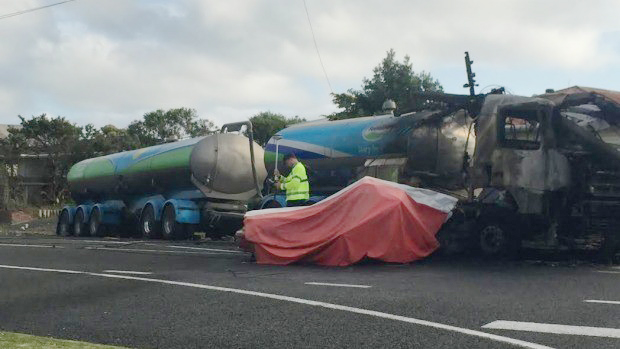 The scene of the crash which left three people dead

When the couple moved from the farm into town, they worried how she would manage without her piano, but the 22-year-old soon arranged to play a piano and other instruments at a music shop.

Chantelle’s nana, Nana Noelene Nillson, told through tears how even the family’s pet bird, Chicko, loved her, and would call her name excitedly when he heard her voice. Chantelle lived her strong Christian faith through her music. “She said to me, Nanny, I could never play music that didn’t glorify my Father in Heaven,” she said. “I’m thankful for the many happy moments that she and I shared; we shared a lot of laughs together.”” 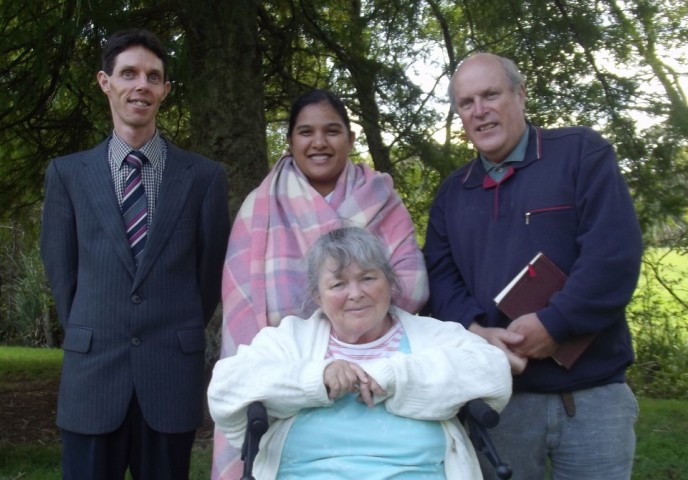