“Now the worst is yet to come. I am being transported to the concentration camp of Sachsenhausen.”

Continuing our series of testimonies left by some of our modern day heroes of the faith—men and women who, being both Christians and Reformers of the past century, stood in defense of the truth and righteousness, regardless of the consequences. The following are excerpts from the publication, And Follow Their Faith.

In the years 1919-1926/27, the central office of the Seventh-day Adventist Reform Movement in Germany was moved to Isernhagen, near Hannover. The work progressed everywhere, in Germany as well as abroad. But when the totalitarian regime of the National Socialists came to power in 1933, a difficult time again began for the believers. The required coordination in the service of earthly and national interests presented to us many decisive conscientious problems. The leading men of the Seventh-day Adventist Reform Movement in Germany as well as in other countries were convinced, mostly because of personal experiences and battles of faith during World War I, that on the basis of the Bible and the Testimonies we cannot at any time participate in political struggles or national or international quarrels. Therefore it was not long before principally the leading men in Germany were called to testify before party bosses and organs of the state government. Because of the unmerciful election propaganda and the pressure to take part in and become members of the party, etc., all under the symbol of the sunwheel, hardly anyone was spared from showing his colors….

The president of the East German Union Conference, Brother Johann Hanselmann, who lived at that time in Saxony, near Dresden, was arrested in September of 1936. Based on the decision of September 29, 1939, the Attorney General ruled that the trial against him was to be at the cost of the state.  Nevertheless he was further held in custody in the police prison at Dresden.

The Secret State Police had decreed the following on January 27, 1937:

“In connection with the drives against the leaders and ministers, as well as colporteurs, of the Reformed Church of the Seventh-day Adventists, the current leader for East Germany,. Johannes Hanselmann, born 5/1/1892 in Frankenberg (Wuerttemberg), last living at Langebrueck (Dresden County), Adolf Hitler Street 9, has also been taken into custody for investigation under 16 J s 2796/36.”

On March 23, 1937, the Attorney General and Chief of the prosecution for the special court of Saxony at Freiburg issued a warrant for the arrest of Hanselmann, Johann Georg, Minister. He was accused as follows:

“He drove through the following territories with his car- Saxony, Brandenburg.  Pomerania,Silesia, and East Prussia- visited the followers of this sect, held Bible studies, celebrated the Lord’s Supper according to the rite of the prohibited sect, and accepted monies that had been gathered.

“Also the accused says that because of his religious conviction he avoids worldly discussion as a matter of principle and at every occasion gives a free and open testimony for God’s Word as written in the Bible.”

These were the “crimes” of ‘which Brother Hanselmann was accused. For this reason he was put in prison at Dresden until October 2, 1937. As a faithful shepherd, he served the flock entrusted to him in the midst of all dangers and obstacles, gave them “the bread of life,” and strengthened them in the faith, impressing upon them that “through many trials we must enter into the kingdom of God.”

Shortly after this, he was again arrested. At Halle/Saale the second trial against him was begun. The accusation read as follows:

“The accused was formerly a minister of the sect of the ‘Seventh-day Adventist Reform Movement,’ which was prohibited in all of the Reich by decree of the Assistant Chief of the Secret Police on April

29, 1936. This sect, with its headquarters at Isernhagen, separated from’ the large Seventh-day Adventist Church in 1914, because the Adventists, against their principles of faith, have given their followers permission to do military service. The Reformers were of the opinion that the Adventists were not authorized to give their members this permission. The contrast between Adventists and Reformers became still greater after the national revolution. While the followers of the Seventh-day Adventist Church placed themselves without exception behind the National Socialist Government, gave the German salute, took their children to the National Socialist organizations, and performed military service, the adherents of the Reform maintained their old principles of faith. Under cover of a religious movement, they pursue goals that are contrary to the world vision of National Socialism. Therefore they refuse to do any military service, do not greet with the German salute, do not support the National Socialist organizations, such as NSV, RLB, and WHW, and are internationally oriented, because they know no fatherland but regard all people as their brethren.

“The Reformers take the view that they can obey a law only insofar as it does not contradict the Bible, because they are to obey God rather than men.”

The reasons given in this document of accusation as quoted above show clearly that the leading brethren of the Seventh-day Adventist Reform Movement were not willing to deny the doctrine of peace as found in the gospel, which is valid for all nations; they would not deny it even when they were persecuted. Imprisoned, and executed for their stand. The good shepherd goes before his sheep as a good example, for what would become of the sheep if they were left without protection in the midst of ravenous wolves? Alas, it was just in this regard that the leading clergy of the nominal Christians and the responsible men of the great Advent Movement failed, as is unmistakably shown in the above writ of accusation.

Later, in the main session of the special court at Halle/Saale, several brothers and sisters of the Seventh-day Adventist Reform Movement were brought forward as co-defendants and also as witnesses against Brother Hanselmann. He was sentenced to two years’ imprisonment. Also the court costs were given him to pay. When the two-year term ended, his pocket watch and some personal belongings were sent to his wife. In a letter, Brother Hanselmann wrote very briefly: “Now the worst is yet to come. I am being transported to the concentration camp of Sachsenhausen.” 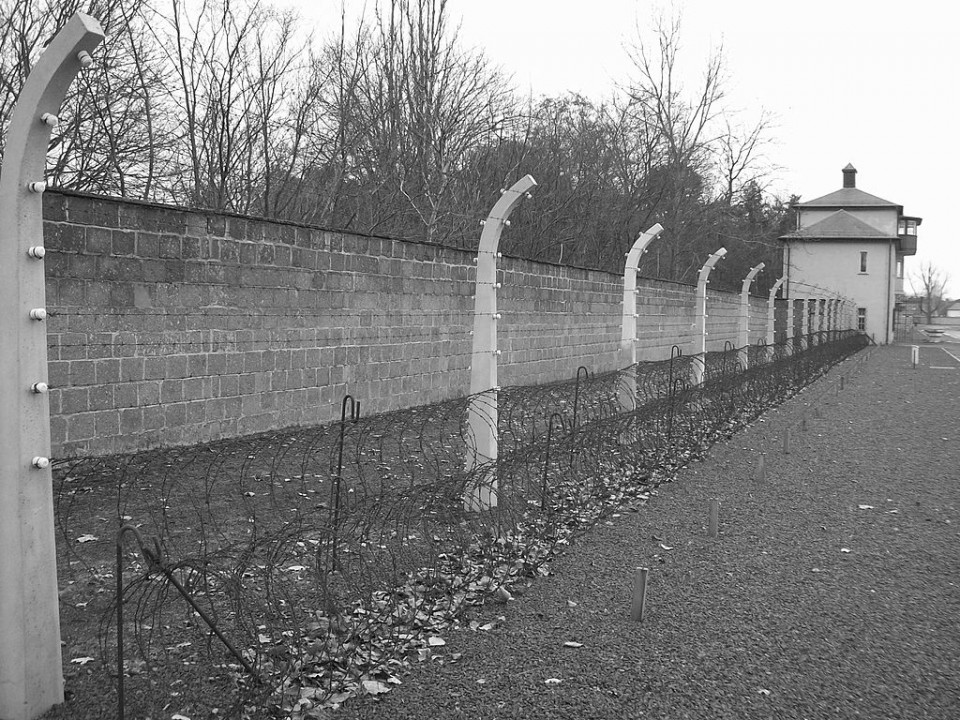 About the middle of May 1942, his wife received the report that her husband had fallen sick of dysentery and died in the concentration camp. That was the last official notice.

A prisoner who was in the concentration camp at Sachsenhausen later reported that Brother Hanselmann had refused to go to work on Sabbath morning, and therefore he was pulled up by his hands, which were tied behind his back, and this caused him to choke to death.

So this faithful gospel servant’s life ended as he fought for the present truth. He did not forsake the souls that were in his care but served them, surrounded by many dangers and much suffering, and was faithful until death. We should be thankful to God that He has given us such conscientious men as shepherds of His flock for an example.

“In reviewing our past history, having travelled over every step of advance to our present standing, I can say, Praise God! As I see what the Lord has wrought, I am filled with astonishment, and with confidence in Christ as leader. We have nothing to fear for the future, except as we shall forget the way the Lord has led us, and His teaching in our past history.”—Ellen G. White, Life Sketches, p. 196 (1902).