Once again an enthusiastic number of youth and older folks met together at Lady Carrington Drive, Royal National Park NSW with their bikes at 9:45am.

As the day dawned, it was pouring rain in Sydney, but that did not deter the keen ones, who were looking forward to enjoying God’s beautiful creation, to still come along.  The closer we got to the National Park the clearer the skies became until there was a beautiful clear day with gorgeous blue skies and fluffy white clouds.  God had a special plan for our time out in nature and we thank Him for that.

Not all who turned up went on the 10km bike ride, six persons decided to go on a Forrest walk instead, so after the bike riders left, the walkers drove as many cars as possible to the end of the biking track as this was going to be a one way trip and also this was where the Forrest walk began.  The walkers started off very happy enjoying the scenery until the word ‘leaches’ was mentioned and from then on, everyone was on the lookout for leaches, which all had at one time or another.  Everyone met together once again at the end of the bike track and walking track and it was agreed to go to Wattamolla where a long-waited-for combined pot-luck picnic lunch was very much enjoyed by all. 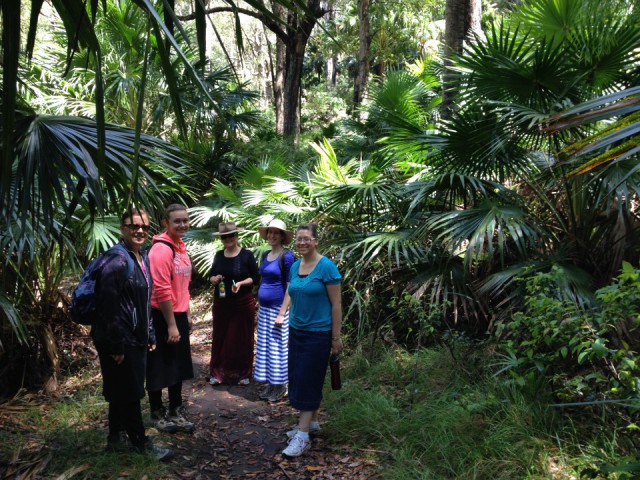 Those who came were invigorated with the doings of the day and we thank our wonderful Heavenly Father for the beautiful day He gave us and also that no harm came to anyone.

“Let several families living in a city or village unite and leave the occupations which have taxed them physically and mentally, and make an excursion into the country, to the side of a fine lake, or to a nice grove where the scenery of nature is beautiful. They should provide themselves with plain, hygienic food, the very best fruits and grains, and spread their table under the shade of some tree or under the canopy of heaven. The ride, the exercise, and the scenery will quicken the appetite, and they can enjoy a repast which kings might envy.”

“On such occasions parents and children should feel free from care, labor, and perplexity. Parents should become children with their children, making everything as pleasant for them as possible. Let the whole day be given to recreation. Exercise in the open air for those whose employment has been within doors and sedentary will be beneficial to health. All who can should feel it a duty to pursue this course. Nothing will be lost, but much gained. They can return to their occupations with new life and new courage to engage in their labor with zeal, and they are better prepared to resist disease.”  Adventist Home p. 501 & 502.