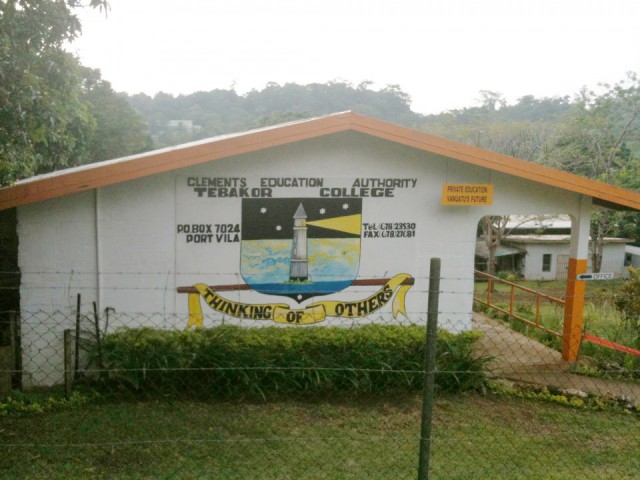 Brother Glenn Clements, our member from Tura Beach, South Coast of NSW, together with his wife Rosemarie, had a desire in their hearts to help the people in Vanuatu.  They made a decision to open a Christian College catering for children’s education there.  After a lot of hard work and prayer, Tabakor College was founded in 2004.  The school first opened at primary school level.  Since then the school grew and expanded their curriculum into High school.  Each year the student numbers increased and at the beginning of 2014, 630 children were enrolled; the school also has over thirty staff employed .

This year ninety-nine students graduated from year 13 with an entrance to the University of the South Pacific (USP).  This is the first time that the Tebakor College has produced such a high number of Year 13 USP graduates.  At the graduation a number of speeches were given, one being from the University  representative and also Br Glenn Clements addressed the graduates by sharing the Biblical example of Joseph, who although sold by his brothers to Egypt, by his honesty and hard work was made the leader in the household of Pharaoh and became the ruler of the empire.

May God continue to bless this wonderful institution where the students not only can get a good secular education but most importantly will learn about God.