Last February 11-15, 2016, a camp meeting was held in our church property located in Faleasiu, Apia, Samoa. Many visitors came from protestant churches as well as from IMS brethren. During the day we had doctrinal presentations while in the night we had public meetings; and around 45 persons attended the meetings.

Our three Bible workers are very active in their missionary activities, which has resulted in a missionary awakening in that island. They prepared four souls for baptism, which occurred at the end of the camp meeting. During the fellowshipment, we made an altar call, and, interestingly, 10 souls stood up and came forward to receive a special prayer from the officiating minister. These souls are already receiving Bible studies, and most of them said that they are ready to be baptised this coming May, 2016. Today their membership count is around 40 precious souls.

Brother Mario Palacios Alvarado, the General Conference Family and Education Department Director together with Bro. Rolly Dumaguit visited Markham Valley, Lai, Papua New Guinea last December 15-21, 2015. The weeklong visit included a family seminar which was aimed at guiding our children to a conversion experience as well as protecting them from the corruption of the world through proper education. The meeting was very well attended by our brethren from all parts of PNG, and on the Sabbath an estimated 100 persons came and joined with us. The meeting was crowned with the baptism of four souls. This Field has three ministers, one-part time Bible worker and two trainee workers. It also has 90 baptised members. 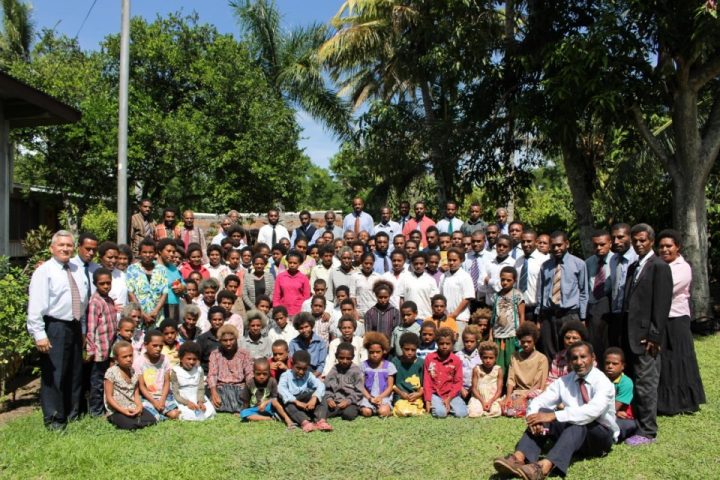 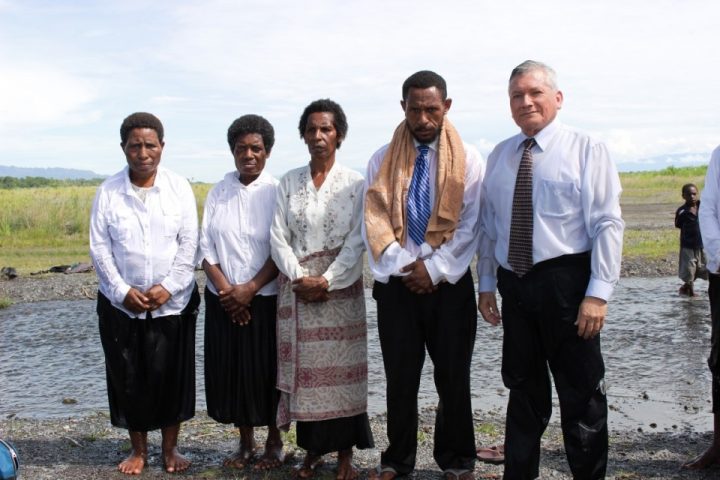 During the last four years, frequent visitations were made to this field by Brethren Ben Thiel, Rolly Dumaguit and Nehemiah Chang, to improve the spiritual life, administration, missionary capability, health and practical living of our brethren. By the grace of God there is a great improvement in this particular Field. Former brethren were visited, and many of them came back to our church. Through an active missionary spirit, many minds were awakened, and this resulted in Bible studies and baptisms. A new property was purchased near the metropolis of Papeete, the capital of French Polynesia. The brethren plan to build a church and the headquarters in this area. To prepare the young people to forward the missionary work in the future, three young people will be sent to the Philippine Missionary School to study there for two years. Today, they have two Bible workers and an estimated 30 members, which come from five different islands. 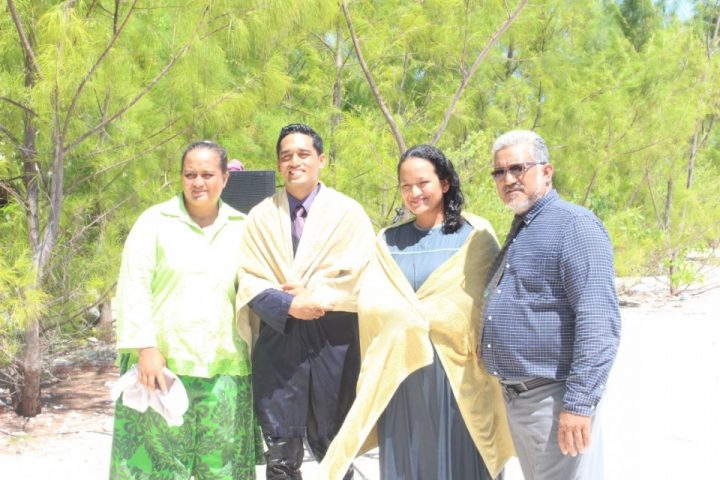 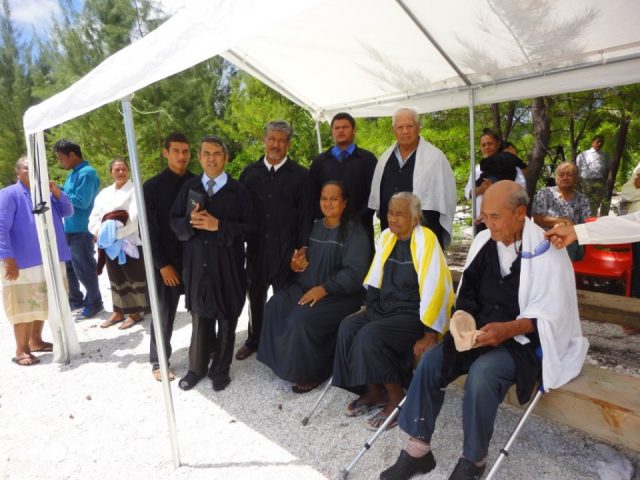 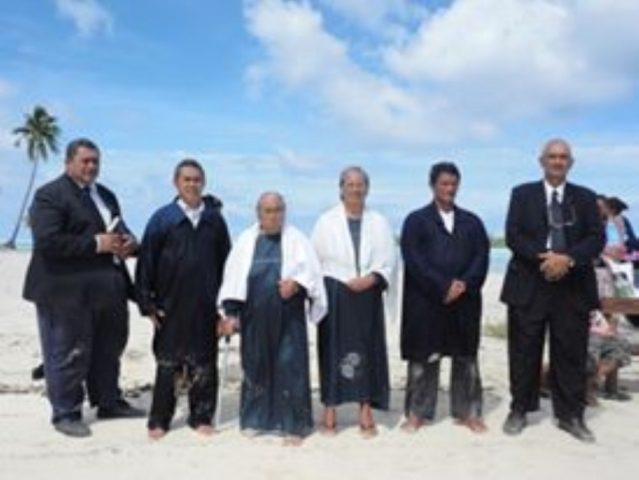 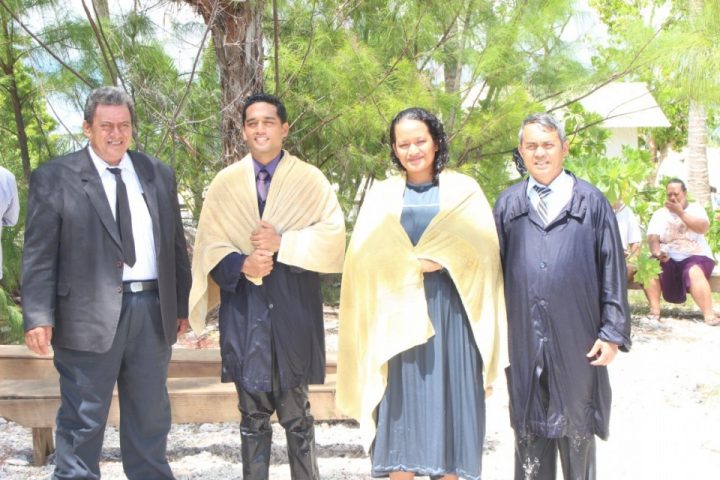 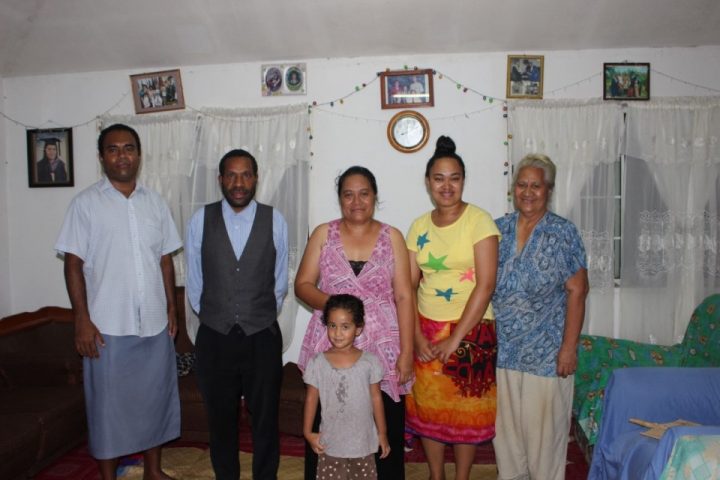 One of our visions in the Pacific Islands has been to extend our territories by opening the work in some un-entered countries. Finally, last January 27 to February 10, 2016 Brethren Rolly Dumaguit and Tom Ngunts went to Nuko Alofa, Tonga to open the work. This island country is the last remaining monarchy government in the South Pacific and is deeply influenced by Christianity. Out of the 106,500 Tongans, the majority are Free Wesleyans, followed by Roman Catholics, Latter Day Saints, and Seventh Day Adventists. There are two groups of Adventists in Tonga: one keeps the Sabbath of the eastern hemisphere, as Australia does; and the other, the main stream Adventists, keep Sunday as their Sabbath as in the western hemisphere, like the United States of America. This issue comes up because of Tonga’s closeness to the international date line. These two groups are continually in friction, arguing which is the true Sabbath. As our missionaries arrived there they visited the two groups. They made some contacts from the independent group who keeps the Sabbath like Australia. Similarly, they worked also in the main Adventist church resulting in a contact of another two families. They made visits to these families and were able to convince them to organise a three-night health seminar in one of their homes. The closest contact is a family who just arrived from Los Angeles, California. They went back to Tonga for good, to have country living. They knew the SDARM church in Beaumont and often visited there and met our people. The man has questions on the history of our movement during World War 1, The Marriage Question and the sealing of the 144,000. We studied these topics deeply for four days. In his prayer in our last meeting he said, “Lord take away the fogs of doubt and help me to receive the truth although it is painful for me to receive it.” Brethren, we need to pray for these souls who are in the valley of decision. We need to go back again by June to follow up these interested souls.