I … take you … to be my lawfully wedded (husband/wife), to have and to hold, from this day forward, for better, for worse, for richer, for poorer, in sickness and in health, until death do us part.

These days, vows repeated at weddings seem to have lost their meaning. Marriage today is becoming an option which many couples choose not to pursue. Vowing to live with someone “‘till death do us part” is a huge commitment which many are not willing to undertake, and others are frightened to do so. Sixty years of living with the same partner is a wonderful blessing and a real achievement.

We wish to congratulate two of our wonderful God-fearing couples on reaching this very special event in their lives. May God truly continue to bless the Ilic and the Sas families in reaching this milestone.

“…Except the LORD build the house, they labour in vain that build it: except the LORD keep the city, the watchman waketh but in vain. It is vain for you to rise up early, to sit up late, to eat the bread of sorrows: for so he giveth his beloved sleep. Lo, children are an heritage of the LORD: and the fruit of the womb is his reward. As arrows are in the hand of a mighty man; so are children of the youth.” Psalm 127:1-4.

Mira Jugovic (known as Mima) and Vladimir Ilic (known as Aca) first met in 1953 when Aca came to Borovo, Croatia where Mima’s family lived, to see Mima’s older sister Zora. Nothing became of this meeting, but two years later in 1955 Aca came once again to Borovo to visit the family. This time he plucked up the courage after Mima finally came home. She didn’t hurry from work that day in Bjelovar, but went to visit her other married sister Seka and then her grandmother. She came home to find the family in a fluster, awaiting her arrival.  Needless to say Aca, then 25 years of age proposed to Mima who turned 17 that year. 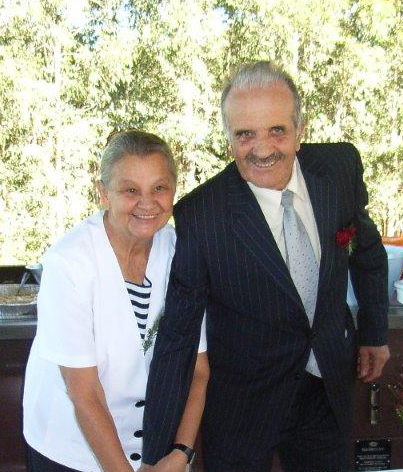 One year later, on the 13th April 1956, they were married in Borovo, Croatia.  They went to live in the home of Aca Ilic’s family in Macvanski Metkovic in Serbia. They lived happily in Metkovic and had their first child, a boy Danilo (known as Danko) on the 24th May 1958, then twins on the 23rd March 1961, but only the one, Ivan survived, and lastly on the 23rd January 1964 Branko was born. 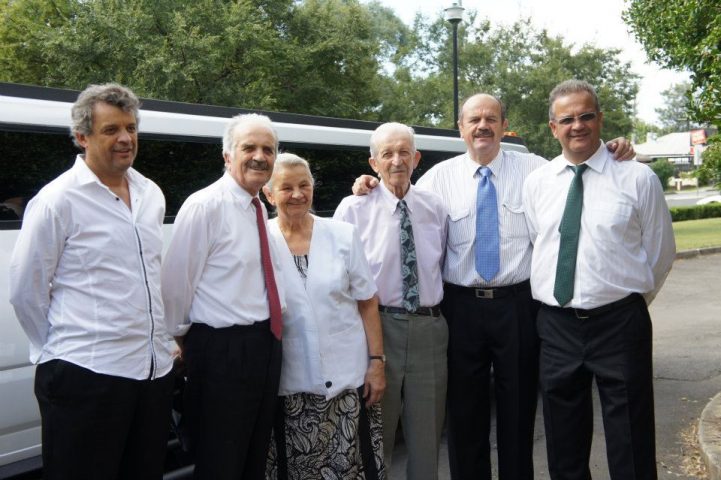 In 1992 Aca and Mima migrated to Australia, to follow their sons, who had all met and married ladies from Sydney, who all lived in Australia.

Sons and their wives

Aca and Mima have six grandchildren, two from each son.  Jesse the first grandchild by Branko and Dot followed by Vivian then Lana from Danko and Rosetta. Next Bianca from Branko and Dot, and lastly Lusinda and Luis from Ivan and Anne. 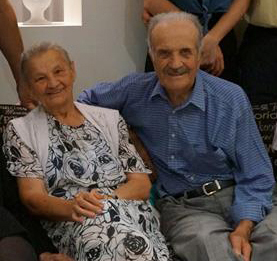 This year 2016, on the 13th April Aca and Mima celebrated 60 happy years of marriage with three sons and three daughters-in-law and six grandchildren, two of which are now married. Vivian to Chris Cosson and Lana to Jeremy Gordon.

When Catharina Bende and Alfredo Carlos Sas (known as Carlos) first met, little did they know what the future would hold for them; that one day they would marry one another. They grew up on a farm as neighbors and played together as children. Both were very hard workers at home and during their teenage years they studied and worked in the city, but on the weekends they returned to their homes in the farm. 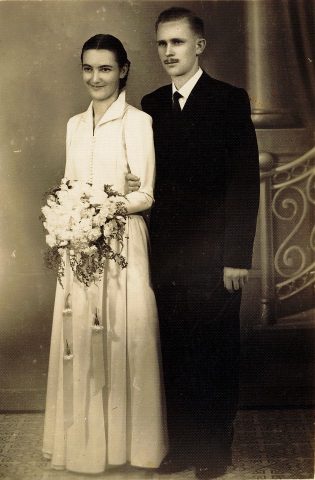 Carlos proposed to Catharina when she was 18 years old. Catharina’s mother told Carlos that her daughter had to wait until she would reach her twenties before she was to be married. Two years after the proposal Carlos asked Catharina if she was ready for marriage; her answer was “YES, I’m ready”, but now it was his turn to ask for extra time to be able to finish building their house. Another year and a half passed until they were married at the registry office on Friday 30th December 1955, and the religious ceremony was on Sunday, the 1st January 1956. What a wonderful way to start the New Year for two young people who were very much in love! 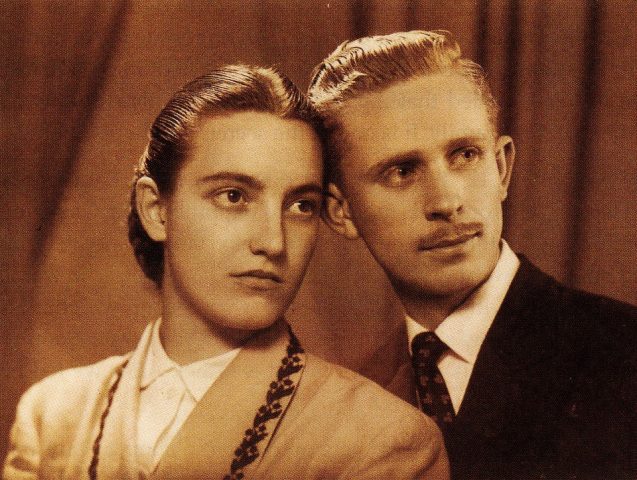 Their first few years of married life were very hard and challenging; they struggled financially to make ends meet. Although they were living in their house, it was not totally completed; there was no power, no water plumbing through the house (water was drawn up by buckets from the well), floors were rough concrete, there was no stove; cooking and heating water for baths was all done on a small kerosene primus stove. Since Carlos was employed by the church’s printing house, his wages were minimal, so with much care and a great budget, little by little they were able to finish parts of their home, slowly making it more comfortable for them to live in. Although Carlos and Catharina had a hard beginning, they felt that God had truly blessed their lives in many different ways. 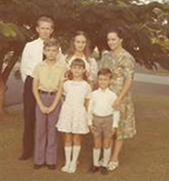 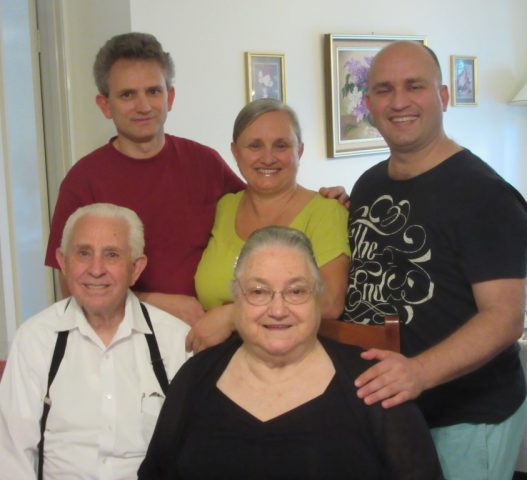 Within the next 10 years, Carlos and Catharina were thankful to God for the gift of their four children, two girls and two boys: Lidia Raquel, Charles Daniel, Deise Regina and Ruben Alfredo. During these years, Carlos was also invited to become a Bible Worker and later ordained for the ministry. This meant that during those early years of married life they faced many challenges. As part of being a Bible Worker, they answered calls to be transferred to a number of different working fields, with the hardest of all moves going to a new country, Australia, in December 1969. They left behind all their family, friends, household goods and many personal items; with only what they could carry in their suitcases, they arrived to start a new life in a country where only Carlos was able to communicate due the language barrier. They were very grateful to the brethren in Australia for their great help and support while settling in this country. Catharina started working as a Nurse’s Aide in a Convalescent Home to bring extra income to help with their financial commitments which included purchasing their home and a car.

After a few years in Australia, Carlos was given charge of the work in the Pacific Islands, and this found him travelling overseas for weeks and months at a time, leaving Catharina to take on the role of Mother and Father. I’m sure this would have been a real challenge at times since they had a couple of teenage children by then, but God was merciful to them; the many prayers that went up were answered.

In November 1976, Lidia was married to Joseph Voncina. The happiness of having another son join the family was very soon struck by tragedy. Deise, who was only eleven years old at the time, died from complications resulting from diphtheria. The Sas household lost both their daughters within four months; one married and one passed away. This terrible pain of losing a loved one was deeply felt by the whole family for many years. It was especially hard for Catharina; and though time heals almost anything, even to this day this loss is often felt.

The long-awaited birth of a grandchild brought much joy to Carlos and Catharina when Jade Raquel was born on 8 August 1984. A few days later, on the 19th August, Charles and Lilly (nee Erdeljan) were married. Once again there was a time of rejoicing.

On the 31st May 1987, a second granddaughter Amy Angelica was born. In the same year, Carlos was elected the Secretary of the General Conference; so the family once again was torn apart due to their move to Roanoke, USA, leaving their last son Ruben behind. There were many sad goodbyes said after that.

Ruben and Elizabeth (nee Kukrika) were married on 6th of January 1991; this event once again brought much joy to the family as there would be another time when the family was reunited for a short period. 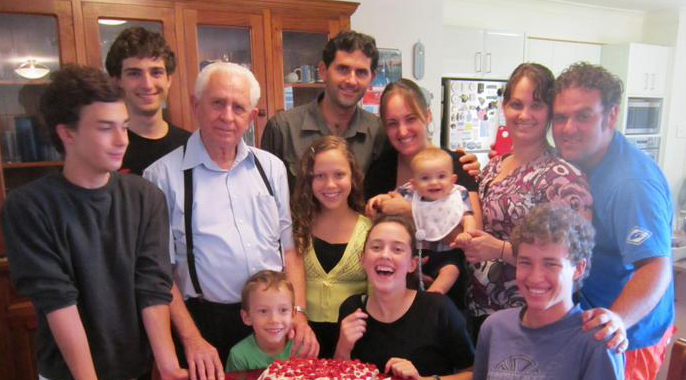 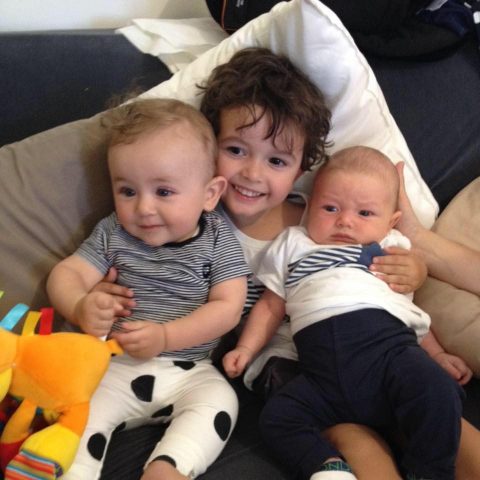 It was their joy also to be able to attend two of their grandchildren’s weddings: that of Jade, who is now married to Luke Kneebone, and Amy, now married to Benny Gules.

Life tossed many experiences into Carlos’ and Catharina’s pathway, some wonderful ones, some sad, some good and some bad; but after living together for over 60 years, and with the combined knowledge of one hundred and twenty years, both Carlos and Catharina have much wisdom to share with their children, grandchildren and great-grandchildren.

God’s work always had priority with Carlos. In 2004 Carlos retired after 56 years of service in the Lord’s work, and they both moved back to Australia from the USA to enjoy their retirement together with their family. Carlos and Catharina hold the belief that one day Jesus will return to take his faithful children home. May this strong belief be the hope for each one of us.

May God truly bless Carlos’ and Catharina’s autumn years together!

“But they that wait upon the LORD shall renew their strength; they shall mount up with wings as eagles; they shall run, and not be weary; and they shall walk, and not faint.” Isaiah 40:31. 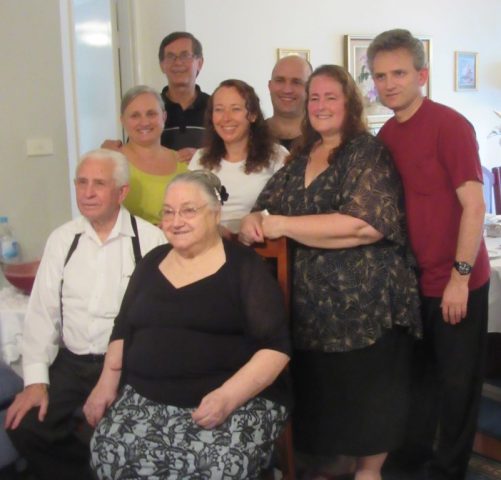 Above picture:  Carlos and Catharina now  Joe and Lidia, Ruben and Elizabeth, Charles and Lilly.

“Surely goodness and mercy shall follow me all the days of my life: and I will dwell in the house of the LORD for ever.” Psalm 23:6