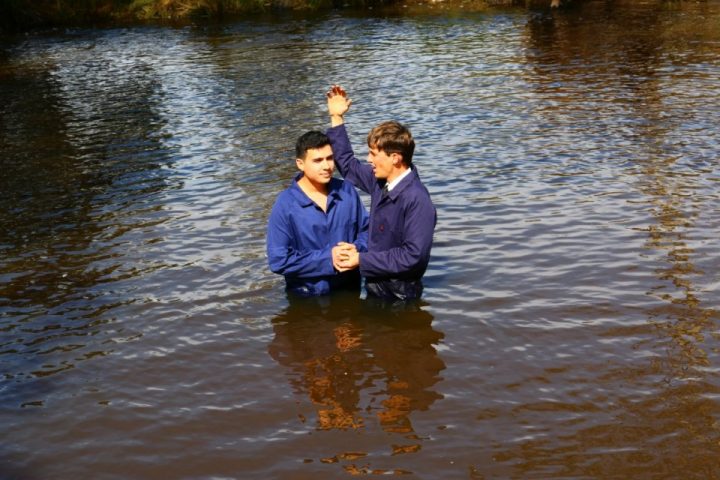 Sabbath 15th of October was a special day. Members and visitors from churches and families all over Victoria came together for the day of Gabriel Ghervase’s baptism. Gathering at Sunbury church at 2pm, Nathan Tyler gave a message about the Christian “run.” It was wise instruction for the new runner as well as those nearing the last lap…we learned how to run, where to go for strength to run and who wins the race.

The sermon was followed by a few recommendations in favour of Gabi’s baptism, and then we all piled into the cars and headed about 3kms up the road to a river reserve called “The Nook”. The sun was out (praise God), and the place was picturesque: the wide, meandering river making its way alongside the large gums and mown hills of the park. It appeared to be relatively free from other people until we realised just a little up the hill someone else had liked the place enough to decide to get married there the same day. Not desiring to impose on their ceremony, we promptly assembled on the riverbank and sung the chosen hymns while Nathan baptised our brother in the waters of “Jackson’s creek.”

The ceremony was soon over, and we headed back to the church where Gabriel was welcomed in with the Scripture verse Psalm 76:16, “I will go in the strength of the Lord God: I will make mention of thy righteousness, even of thine only.” 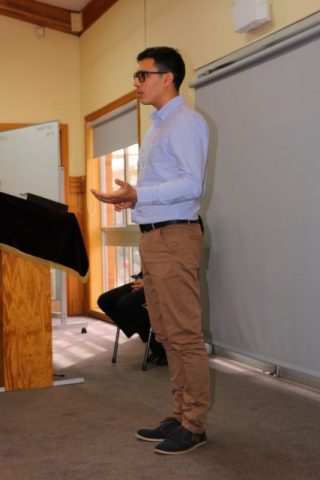 We were all so happy to see another soul make his public commitment to Christ and the faith, and we hope hearts were touched with the desire to follow his example and surrender all to Jesus. God bless you Gabriel!