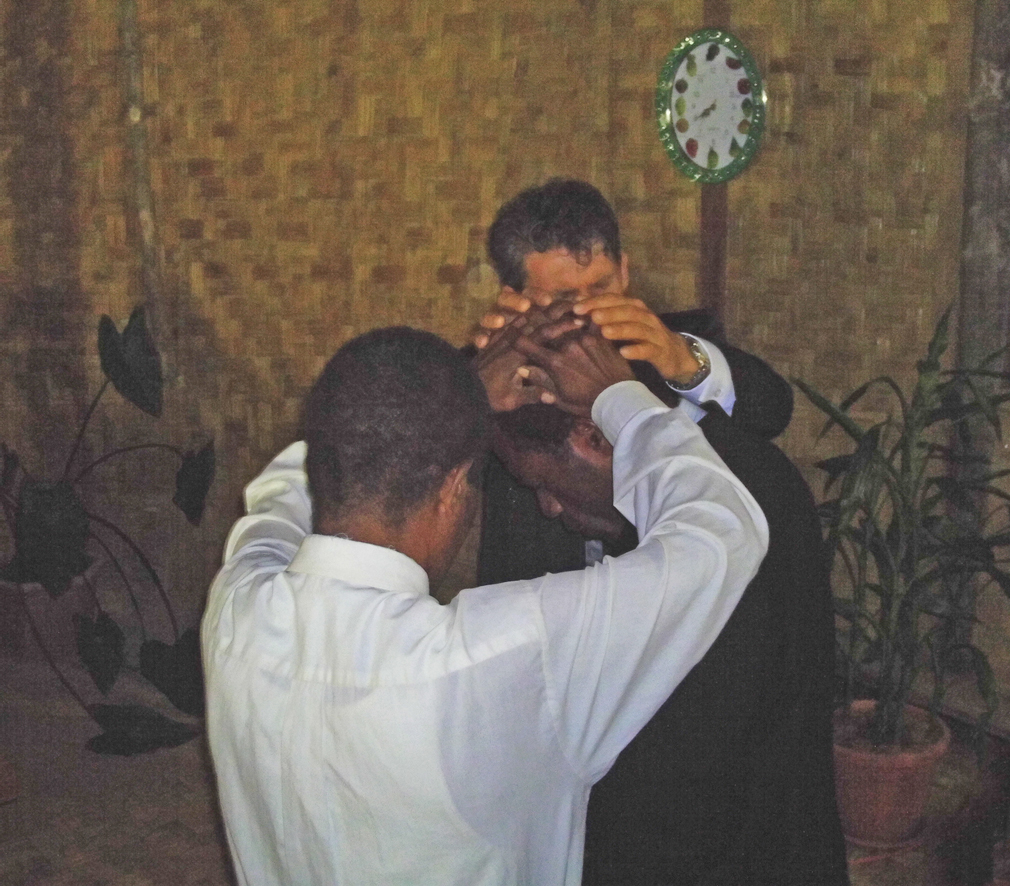 Greetings from your brothers and sisters in the land of the unexpected! After three years of camp meetings being held in the warmth of the Markum Valley, this year it was back to the cool of the highlands for the Delegation Session and Spiritual Conference in Papua New Guinea.

The delegation session was a time to evaluate the work performed over the last two years, reorganise and plan for the future. It was encouraging to see the work that had been carried over this period and new souls coming to the camp meeting as a result of the labours put in by our brothers and sisters within the field. It was decided to train more young workers and that laymen would be invited to help take the message in new areas where interest is growing. It was realised that teamwork among members and the various departments is needed as plans were laid to reach out with varying methods through missionary, youth, education, health and literature in the coming term. We closed the Delegation Session with a realisation that the work is great, interest in many areas is growing and the distances are great. Praise God, He has great resources, let us pray and work for the night is coming!

The Spiritual Conference was on the theme “Where is your Citizenship?” It was a great blessing to examine the criteria to be a citizen of heaven, and how, by God’s grace, we can be made ready to be a citizen of heaven here and now. One special highlight of the conference was the ordination of Br Thomas Nungts as an elder. Many gathered to witness, including friends and relatives of other faiths. We pray that the Lord will bless him in his work in leading, guarding and teaching as he works together with the other ordained brethren, Br Hans Yaimas (minister), Br John Damumbi (elder) and all the workers and members in taking the light to souls in the darkness of sin.

Another special highlight of the conference was the baptism of five souls during the “Heavenly Citizenship Ceremony.” The testimonies of the candidates were all beautiful as they shared how God had worked in their lives and brought them through varied experiences to make their stand for the truth. The favourite hymns of the candidates were sung as they entered the watery grave of baptism. One of the brethren had recently come out from the world to dedicate his life to the Lord, and had built the church where the camp meetings were held. With tears, he shared the testimony of a changed life and we sang the hymn which meant so much to him in his experience, “Have thine own way Lord.” It was the song of his experience.

Sadly, Donald Dumambi, the brother of our current field leader, came to the conference to be baptised but was not able due to his health condition, which deteriorated during the meetings. Together with the elders and ministers we fulfilled the command of James 5:14-16 trusting that God’s will be done, whether He will raise him up now or in the blessed day of the resurrection.

James 5:14-16, “Is any sick among you? let him call for the elders of the church; and let them pray over him, anointing him with oil in the name of the Lord:  And the prayer of faith shall save the sick, and the Lord shall raise him up; and if he have committed sins, they shall be forgiven him. Confess your faults one to another, and pray one for another, that ye may be healed. The effectual fervent prayer of a righteous man availeth much.”

Later during the camp meetings Br Donald passed away and he now sleeps in the hope of the second coming of Jesus. God in His wisdom allowed Br Donald to be laid to rest. Let us remember in our prayers the family who he has left behind.

Following the camp meeting, Br Hans and I flew to Port Moresby where we had studies, visits and spent a Sabbath together with new interests in the Nation’s Capital. The new interests have expressed their desire to make a stand together with God’s people on His truth. Brother Hans stayed in Port Moresby to continue this work. We pray that God will continue to lead souls to His truth and the work can be established in this part of the country.

Pray for the work in Papua New Guinea as the light is taken to new areas. Let us pray for God’s guidance as sadly our property, where we built our headquarters in Minj is being sold due to tribal disputes, which have driven our brethren from the church. The brethren in Papua New Guinea greatly appreciated all the efforts put in by the brethren from Australia to make the building of the headquarters possible and are saddened by what happened there. We believe all things work together for good for them that love God. We praise God that His hand was over the brethren and there was no injury or loss of life during the attacks that were made by the local tribes’ people. The work has not stopped as a result of this hindrance but has now spread in different areas and the need of land to build churches, schools and health centres is growing. The plan is to reinvest the money from the sale of the headquarters to purchase land in various locations where smaller buildings can be raised to be lighthouses for God. Let us pray God will open the way that this may be achieved by His grace so that the work can continue to grow.

Yours in the Blessed Hope,