“We have nothing to fear for the future, except as we shall forget the way the Lord has led us, and His teaching in our past history.”Life Sketches, p. 195. 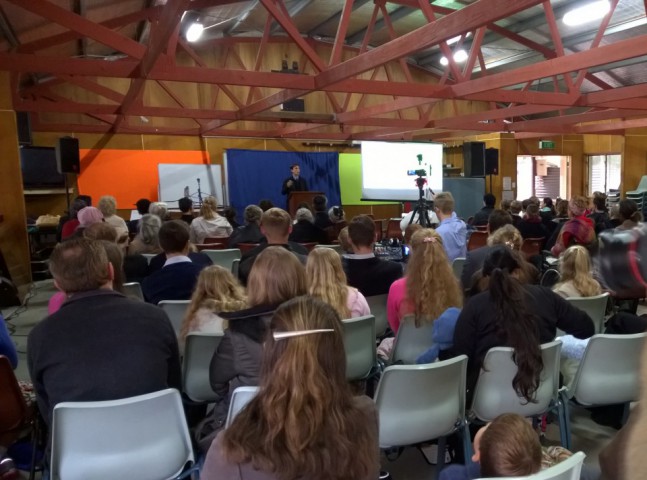 Friday afternoon we arrived at camp to find the rain just starting to set in. This did not dampen our spirits, however, and there was much excitement as we greeted family, friends, and interstate visitors, many of whom we do not often get to see.

The topic of this camp was “Except We Forget”, and throughout the camp we were challenged to remember God’s leading, especially over the last 100 years, and the truths that make us a distinct people for God.

After the opening of Sabbath, which was taken by Br Jonathan Brown and titled “Follow the Master”, we all enjoyed a delicious tea provided by our wonderful camp cook Jessica Brown and her many assistants.

The camp was then opened by Br Graham McMahon with the topic “Last Days Are Here”, after which there was time to catch up and chat a little before we headed for our beds.

Sabbath morning the rain had not let up and the showers continued, becoming heavier through the day. However, despite the wet there was a good turnout for worship, which was taken by Br Jamie Squires on “What is in a Name”. It was brought out that the meaning of a name can be negative or positive and that it is most important for us to contemplate what the name of Jesus means to us and what our name means to others.

After breakfast more people began to arrive in time for Sabbath School which was on “Jonah” and provided an interesting subject for discussion.

The Divine Service followed, taken by Br Nathan Tyler on “Nothing to Fear”. We were reminded that while it may seem easy for us now, in times of peace, to stand for the right and honour the Sabbath and the commandment “Thou Shalt Not Kill”, we must remember the struggles that our members have had in years past and other Christians are having at the moment and be ready to stand firm and trust God even in adversity should our test come.

Another delicious meal followed, and then came the Young People’s meeting, “Old Paths, Good Ways”, taken by Br Jordan Chapman, which I am sure was greatly enjoyed by all, with many lovely items prepared by church groups as well as individuals.

Immediately after the Young People’s meeting the Profession of Faith was held, and we were especially blessed to be able to witness three souls take their stand for Christ. When we finished, the rain was still pouring down; but we all gathered our 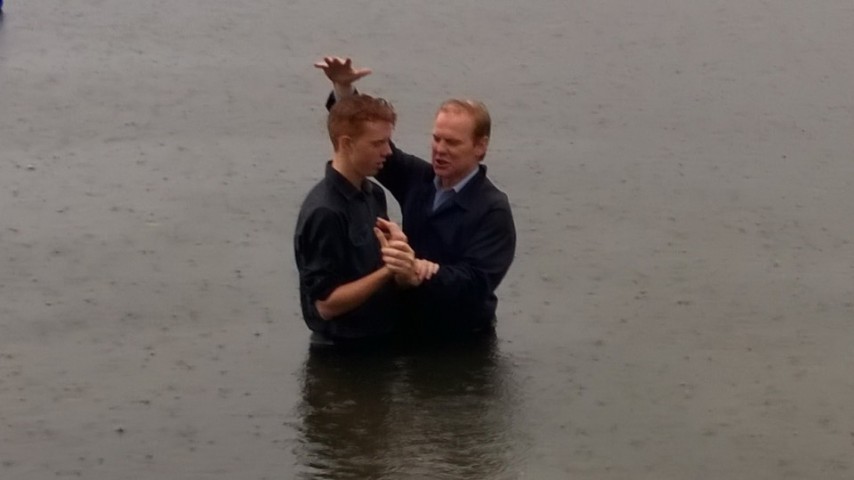 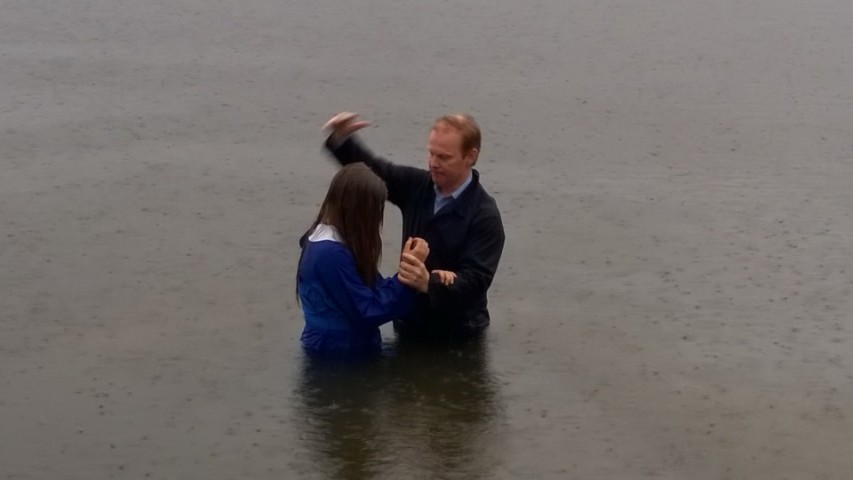 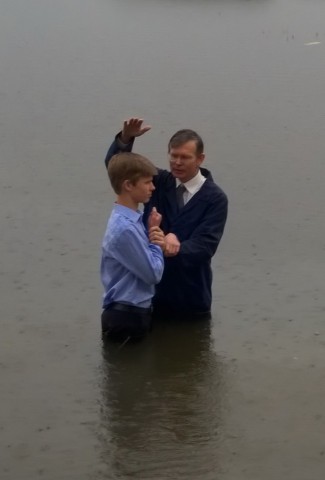 umbrellas and headed for the lake where the candidates – Jared Chapman, Stephen McMahon, and Melissa Chapman – were to be baptised. It was wonderful to see them rise from the watery grave as new creatures in Christ and to know that all heaven was rejoicing with us in the knowledge that three souls had given their hearts to him and had joined the ranks of Christ’s army, – His church on earth.

Close of Sabbath followed, taken on the topic “Blessings and Curses” by Br Juan Ricardo Amaya. Tea was next on the program before the evening activities began. As the rain continued to fall, our bonfire had to be cancelled, but we all enjoyed playing some games in the back of the hall. As the evening got later the participants got fewer until at last all of us had gone to our beds.

Sunday morning dawned warm and sunny. It was a lovely change from the rain of the last couple of days. Worship was taken by Sr Elisabeth Balarezo and entitled “A Call to Reform”.

Breakfast followed, after which there were activities for the children taken by Sr Sandra Barnett. In the main hall the meetings continued with Br Paul Chapman taking the first on the topic “In Remembrance of Me”, covering closed communion. Br Jacob De Souza took the second  meeting, which was entitled, “Pilgrims and Strangers”. He gave some very clear instruction on why we should not be involved in politics or unions, especially trade unions.

After the Close of Conference taken by Brethren Paul Chapman and Nathan Tyler, we enjoyed another lovely meal.

After packing and cleaning up, we began the afternoon’s activity of canoeing, which was very enjoyable as we paddled along in the lovely warm sun. Quite a few people also tried the low ropes, which seemed to provide much interest and even amusement for those watching.

Camp had now come to an end and good-byes had to be said, but we look forward to seeing everyone again next year and pray God will be with us all ’til we meet again.