We extend our condolences to the family of Heinz Bruno Verner Gorsch who passed away on the 14th December 2014 at Pambula Hospital at a grand age of 90. 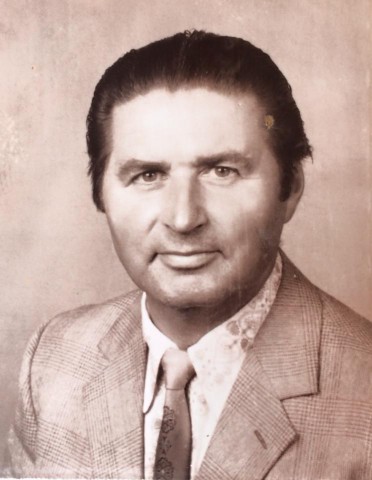 Heinz was born in what was then called East Berlin on 24th May 1924.  He grew up in Europe where he met the love of his life Ingrid, and they were married in 1951.  Together with his wife Ingrid, he immigrated to Australia in July 1972 with three of their four children.  Since arriving here, he fell in love with this beautiful country and had much joy in building their home out in Wyndham.  Heinz was a hard worker and a very creative person; he loved building things with his hands.

At his 90th Birthday, it gave Heinz much pleasure to see most of his family come together, and being with them all made him very happy.  How wonderful it was for him to be able to see his descendants and reminisce back on what he accomplished during his lifetime.  He had been a very active person until he took sick, not long before passing away.

Heinz will be greatly missed by his four children Reinhold, Angela, Rosemary and Jo, his eleven grandchildren and eighteen great-grandchildren.

May God comfort the family, especially his wife through this sad time.

“And I saw a new heaven and a new earth: for the first heaven and the first earth were passed away; and there was no more sea.  And I John saw the holy city, new Jerusalem, coming down from God out of heaven, prepared as a bride adorned for her husband.  And I heard a great voice out of heaven saying, Behold, the tabernacle of God is with men, and he will dwell with them, and they shall be his people, and God himself shall be with them, and be their God.  And God shall wipe away all tears from their eyes; and there shall be no more death, neither sorrow, nor crying, neither shall there be any more pain: for the former things are passed away.” Revelation 21:1-4.