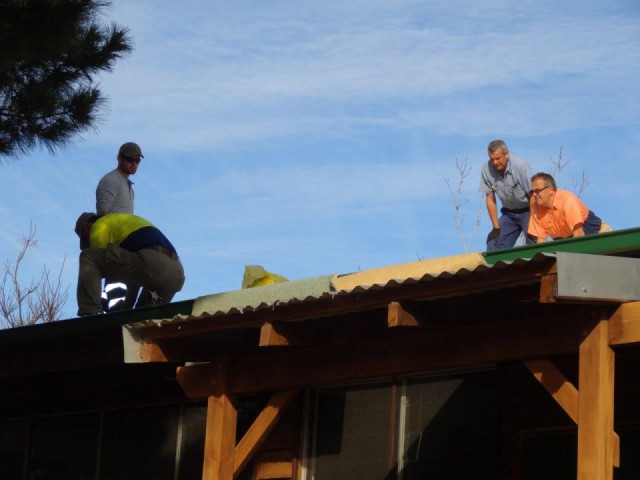 On the Sunday of July 26th 2015, nice and early in the morning to take advantage of the quiet, before any wind could pick up, a group of about 13 workers arrived at Elim Heights Youth Camp to change the roofing material on the main meeting hall.

Starting off in various teams, supervised by our roofing specialist, the job was performed in an orderly and fuss-free manner and was completed much to everyone’s satisfaction within the day.

The job was performed in such a streamline way that while one team was removing screws, another was removing the rusted out sheets, and another team was laying the new insulation in its place followed by the new panels to be screwed down at intervals until all the panels were installed, and then all were screwed down thoroughly.

The wind threatened to thwart the work on a number of occasions, as it picked up quite fiercely; but the Lord was good to us, and the job was finished without any mishaps. 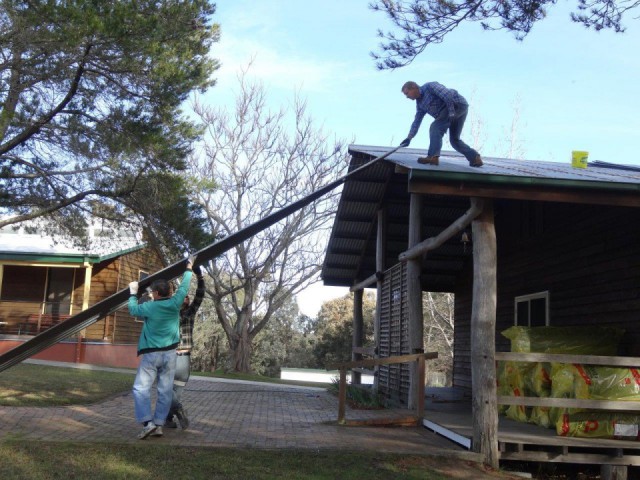 The old roof was removed and the new panels put in place before stopping for lunch, which was organised by the team of trusty cooks. After a delicious meal the roof panels were all screwed down thoroughly and the ridge fastened in place and the capping around the chimney completed.

A very successful and rewarding day’s work was had by all.

Praise goes to our heavenly Father for once again providing able men and women to complete this much- needed task. Our meeting hall now has a new head covering; what with quality insulation and the new colourbond panels, it makes for not only a more comfortable building, but a better looking one too.