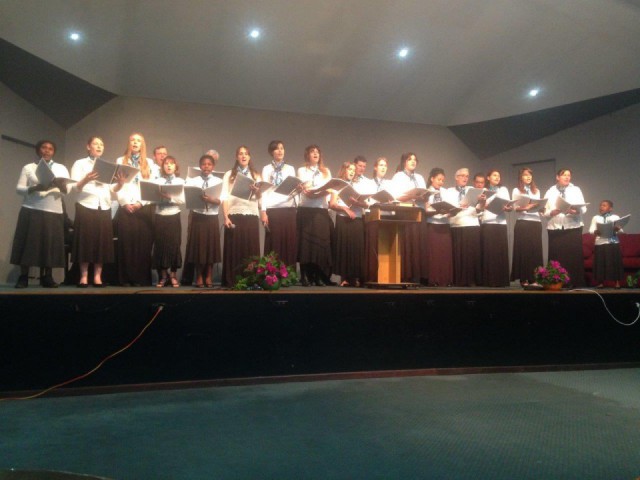 Early this year plans were formulated to run a prophecy outreach seminar in conjunction with the WA field Spiritual Conference. The WA Field Bible worker, Brother Luke Kneebone, began at once to organise and prepare the program for this great event. As choir leader, I began to prepare songs that the choir could sing for this special outreach. After offering everybody the opportunity in both Guildford and Stratham churches to join the choir, we finally met for our first practice on Sabbath afternoon the 28th of February. To my surprise approximately 30 people chose to commit to the seven months of practice leading up to the outreach. Over the months to follow the choir worked on a number of various inspirational hymn arrangements such as “How Great Thou Art”, “For the Beauty of the Earth” and “The Love of God”. Everyone loved the singing, despite the challenges involved in learning their individual parts.

Meanwhile, Br Luke Kneebone and Br Gerson Robles worked together in the preparation of specific topics to be covered throughout the seminar. A lot of time and effort was put into advertising, including the production of a DVD talking about historical facts and fulfilment of Bible prophecy, entitled “The Final Call”. This was designed to inspire an interest amongst the people for the upcoming outreach and to gain more contacts to visit and study with in the future. A total of 60 people requested this DVD, which Br Luke and other helpers were able to deliver to each person individually along with invitations to the prophecy seminar.

Finally after seven months of hard work, dedication and even some stressful moments, the plans for the camp and outreach seminar had come together in what Br Luke described as a miracle. 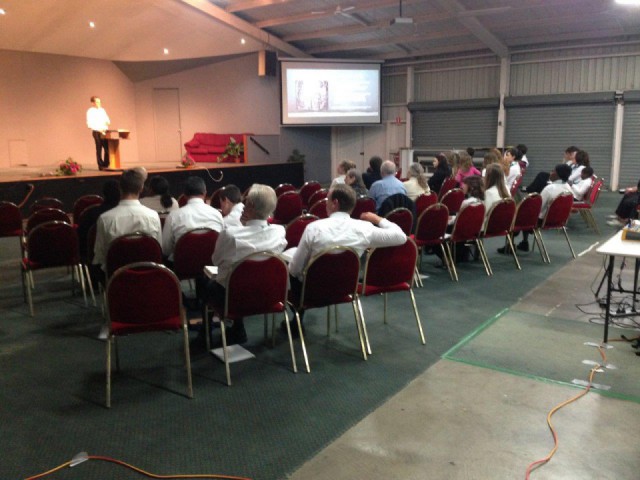 Camp opened with the first seminar topic by Br Gerson Robles on Friday night 25th of September at 7:30pm. In this study Br Gerson examined Nebuchadnezzar’s dream in Daniel chapter 2, where he gave focus to future kingdoms that would arise and eventually of a global kingdom that will consume all others, namely, Christ’s second coming. There were a number of visitors from the public, and the inspirational music from the choir helped to give power to the message presented.

Sabbath morning we were all refreshed, and the blessing of study and fellowship with like believers from near and far was something enjoyed by all. Brother Paul Chapman, the president of the AUC, was visiting and gave a meaningful message for the divine service on Daniel chapter 4 and how God is the one who gives people position and authority. After some delightful food from the cooks we enjoyed an interesting youth meeting taken by Sister Catherine Robles, entitled “When is it ok to break the rules?”

The outreach for the public began again at 5pm with Br Gerson speaking on “Who is the man of sin?” expanding on the significance of the papacy in connection with God’s people and how this affects us today.

Br Luke took the next meeting on the 2300 day prophecy and Christ’s mission to the world in his first coming. The choir continued to praise the Lord at the beginning and the end of each meeting throughout the seminar, instilling the impression of the messages in people’s hearts and minds (A DVD recording of all the choir songs will be available shortly).

Brother Chapman presented a number of important studies on righteousness by faith and Daniel chapter 11 over Sunday and Monday mornings, which were appreciated by all those in attendance. Sunday night Br Gerson presented some interesting insight about religious freedom in connection with America and prophecy of the lamblike characteristics of this nation drastically changing to the resemblance of a dragon. The following meeting presented by Br Luke was entitled “The Final Call”. This meeting described the climax of the great controversy to be faced regarding worship and God’s most solemn warning ever given to humanity in Revelation 14:6-12. 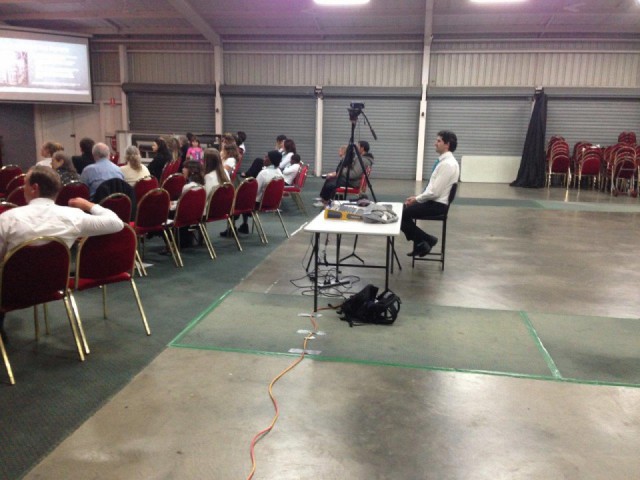 All too soon it was Monday morning and the final day of camp. We had been enjoying a lot of delightful and mouth-watering food which proceeded from the kitchen. Brethren John Lausevic and Jacques Payet were the chief cooks along with the Payet family; they had sacrificed their time and effort to prepare healthful and tasty dishes throughout the camp. Many thanks to all the cooks and helpers for their hard work!

Brother Luke concluded the outreach seminar with the final two messages presented on Monday night, focusing on what Christ said about his second coming and his warning regarding false Christs. He also talked about signs that would take place before his return. In his final meeting Br Luke encouraged the people to prepare themselves individually for this great event and accept Christ into their lives as their personal Saviour. He reminded them again of God’s great love for us and his personal interest in our salvation.

We believe that God blessed abundantly and that people were led to a greater knowledge and understanding of prophecy and God’s will for them. We thank God for his leading and help throughout the camp and outreach. Please pray for the souls that attended this seminar that they might continue to follow the light of God’s truth.