When only 20 years of age, his spinal cord was seriously damaged, and he was confined to lay on his back for 12 months. At the hospital, he met a nice young nurse, Maria, who became his wife three years later. Three children were born to the marriage – George, Angela & Gabriela.

Dumitru was not musical, but loved music and encouraged his children to learn. He was employed as a bookkeeper for the community farms, later becoming the treasurer.

Dumitru and Maria made the decision to join the SDARM when Dumitru was 32 years of age. He loved God and loved to study his Bible. He had many favourite subjects – The New Jerusalem being one of them. In the 1980s, Dumitru and Maria moved to Turkey as a stepping stone to immigrating to Australia in 1985. They chose to settle in Wagga Wagga. George and family (wife Zoica, son Daniel, and twin daughters, Irina & Rodica) also immigrated soon after.

Dumitru and Maria have faithfully supported the Uranquinty SDARM Church each week. Although George’s family moved to Melbourne for more work opportunities, Dumitru and Maria continued to reside in Wagga Wagga until the end of 2014. Due to declining health, it was better for the elderly couple to be closer to family, so they moved together to Melbourne and soon after to a nursing home. Dumitru passed away quietly with family nearby. 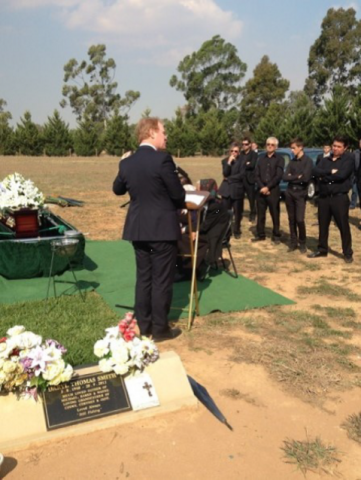 His funeral took place on Wednesday, 30 March, 2016, in Seymour, followed by the burial at Nagambie Cemetery. Br Paul Chapman and Br Nathan Tyler conducted the ceremonies. A small choir rendered some beautiful hymns, adding comfort and hope for those who have been left behind. The family and church ladies supplied a beautiful spread of food and refreshments at Seymour, where we could share some memories together.

Dumitru will be remembered for his sincere and devoted love of God and eternal interests. May we all be faithful to meet with our dear brother on that wonderful day of Jesus’ soon return.

Taken from “The Pioneer” Newsletter Vol. 6 No. 2 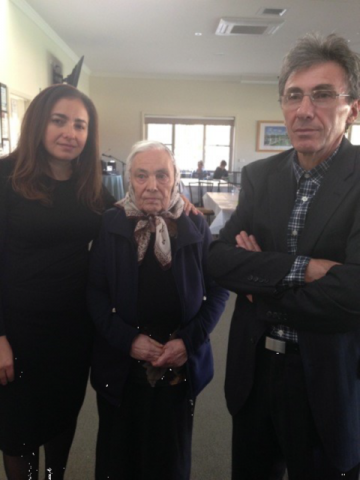