We extend our sincere condolences to the Sulemani and Nehvatal Families on the loss of their loved one, Zlata Sulemani, who fell asleep on the 9th August 2016. 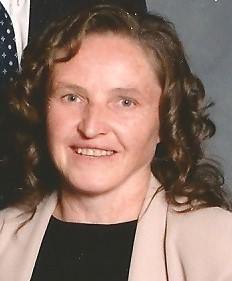 Zlata Sulemani was born in Dolnji Sredani, Croatia on the 21 June 1953. She was the Daughter of Josip and Veronica Nehvatal, and the youngest of six children. Dear sister to Bozena Vatala, Lenka Voncina, Slavko Nehvatal, Maria Voncina, and Vlado Nehvatal.

While Zlata attended Primary School in Croatia, she did not attend the School’s Saturday classes, due to her family being Seventh Day Adventist Reformers. The family was ordered to pay small fines, for not attending classes on Sabbath. But still she was able to complete 4 years of schooling.

Zlata had a happy childhood, living on a farm with her family. She had a quiet and obedient temperament. Some of the toys she owned were a doll and a ball. But her favourite toys were the farm animals. She would later tell her grandchildren her toys were baby lambs, chickens, a cow and a cat.

Being the youngest of six, her siblings and parents spoiled her. Zlata still loved helping out in the busy family life. She loved cooking, baking, and sewing clothing for her sisters and other family members.

At 19 years of age Zlata arrived in Sydney, Australia, where she stayed with her sister Bozena. A few years later she would move to Melbourne.

In 1976 Zlata and her sister Bozena decided to visit Melbourne for the dedication of the Keilor Park SDA Reform Church. It was at that time she met a man called Ahmed Sulemani, who had been driving her parents to church every Saturday. When they arrived in Melbourne it was Ahmed who picked up Zlata and her sister Bozena, from Spencer Street Station. They soon developed a friendship, and when Zlata went home to Sydney, they promised to write to each other.

It wasn’t too long before she moved to Melbourne to stay with her brother Slavko, and soon after, she became engaged to the love of her life, Ahmed Sulemani. They married in August 1977 and went on to have 3 lovely children: Benjamin, Samuel and Noah Sulemani.

Zlata was a loving mother to her three boys. Her son Samuel fondly remembers making Salama cake with his mum, as well as cooking schnitzels; they had fun together rolling the rice in breadcrumbs. Samuel also has memories of digging in the garden and planting flowers and vegetables together with his mother.

Her youngest son Noah remembers baking cakes with mum, as Zlata loved baking. He also remembers being taught by his mum at 8eight-years-old to knit woollen socks, which he still keeps to remember her by. She took pride in being a stay-at-home mother until they were all at school.

It was at this time she took the opportunity to do some courses and look for work. She worked in many various jobs: from working at a sewing factory to even working in the area of robotic welding for an engineering company. Her most recent job of nine years was at Airport Doors, making steel and aluminium roller shutters. Zlata enjoyed her work and had great friendships with her co-workers. This was evident in the way she used to talk about work with her family.

As a mother-in-law, Zlata was loving and very welcoming. Together with her sister Bozena, she had a hand in setting up her son Benjamin with his wife Caroline. Their scheming worked, and Zlata soon had her first daughter-in-law. Samuel was the next to be married to his wife Lendija. And Zlata was happy to have two daughters who loved and treasured her. It was a welcome change for Zlata, after raising three boys. 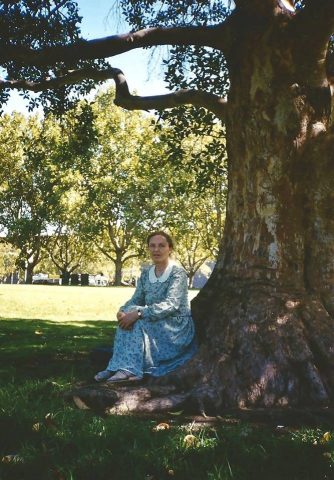 She soon became a Grandmother. She loved and adored her four grandchildren, Laura, Liam, Gabriel and Gabriella, who called her “Baka”. She took the time to play with them and used to bring them food from her garden and other gifts of books, clothes and toys. She wanted them to be happy and healthy. Her grandchildren would often run to her for hugs, when they missed her.

I’m sure many of you would agree that Zlata was a gentle and kind soul. She would never deliberately hurt anyone and was a caring friend to have. She will be greatly missed by all of her family and all those who knew her and remember her dearly.

~ Submitted by the Sulemani and Nehvatal families