“And they spake unto Moses, saying, The people bring much more than enough for the service of the work, which the LORD commanded to make.” Exodus 36:5 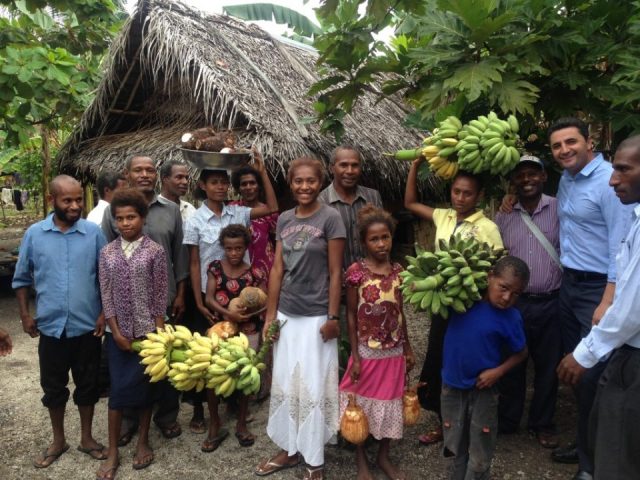 The Brethren of PNG would like to thank you for your overwhelming generosity in giving to the PNG Drought Appeal. PNG has been affected by one of the worst droughts on record in history. This drought affected the whole country causing difficulty for the population and our membership at large. Those most adversely affected in our church were 14 families who were displaced from their island home, an active Volcano called Mannum Island which erupted some time ago. These families were relocated to the mainland and are unable to return back to their island. During the drought, they could not grow crops on the land they were allocated and had nowhere else they could go. It was for the survival of these families and others in PNG who were struggling to obtain the basic necessities of life that this appeal was made.

It is a wonderful problem, as it was in the days of Moses with the donations for the tabernacle, that we now need to say it is time to stop giving for this cause, as we have fulfilled our target, and the needs have been supplied. We thank you all for your generosity in giving means that has enabled the brethren to be supplied with food and water through this difficult time. We praise God rain has now come; however, it will still take some time for crops to grow. The funds raised will get the brethren through the next weeks while seed is being purchased and crops put in so our brethren will be able to go on with their lives as subsistence farmers.

Thank you all so much, and may God richly bless all who have helped so much.

Your Brothers & Sisters in PNG!